Questions seeking product or service recommendations are off-topic because they tend to become obsolete quickly. Instead, describe your situation and the specific problem you're trying to solve.

I've been waiting for a receptacle equipped with USB to come out that supports adaptive charging. Adaptive charging actually changes the output voltage to like 9 volts when an appropriate devices connected. 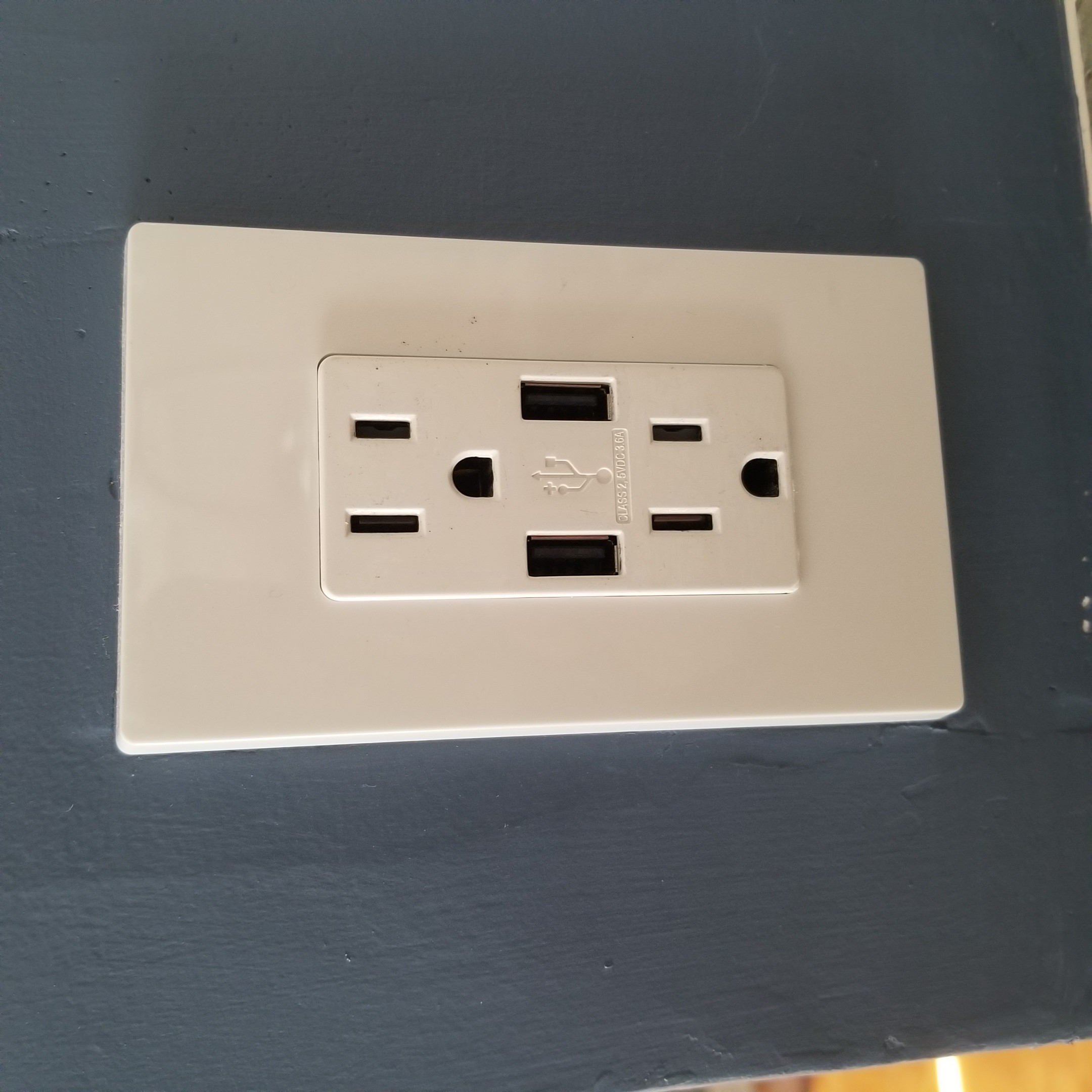 That amount of time renders them essentially useless. My adaptive charger will charge my phone in about an hour and a half.

I've been unable to source in adaptive charging receptacle at the big box stores or Amazon and the like.

Does anybody, perhaps on the commercial side of things know of any adaptive charging receptacle? Actually it doesn't even have to be a receptacle just in wall adaptive charger would be sufficient. side note

My automotive adaptive fast charger is made by Samsung 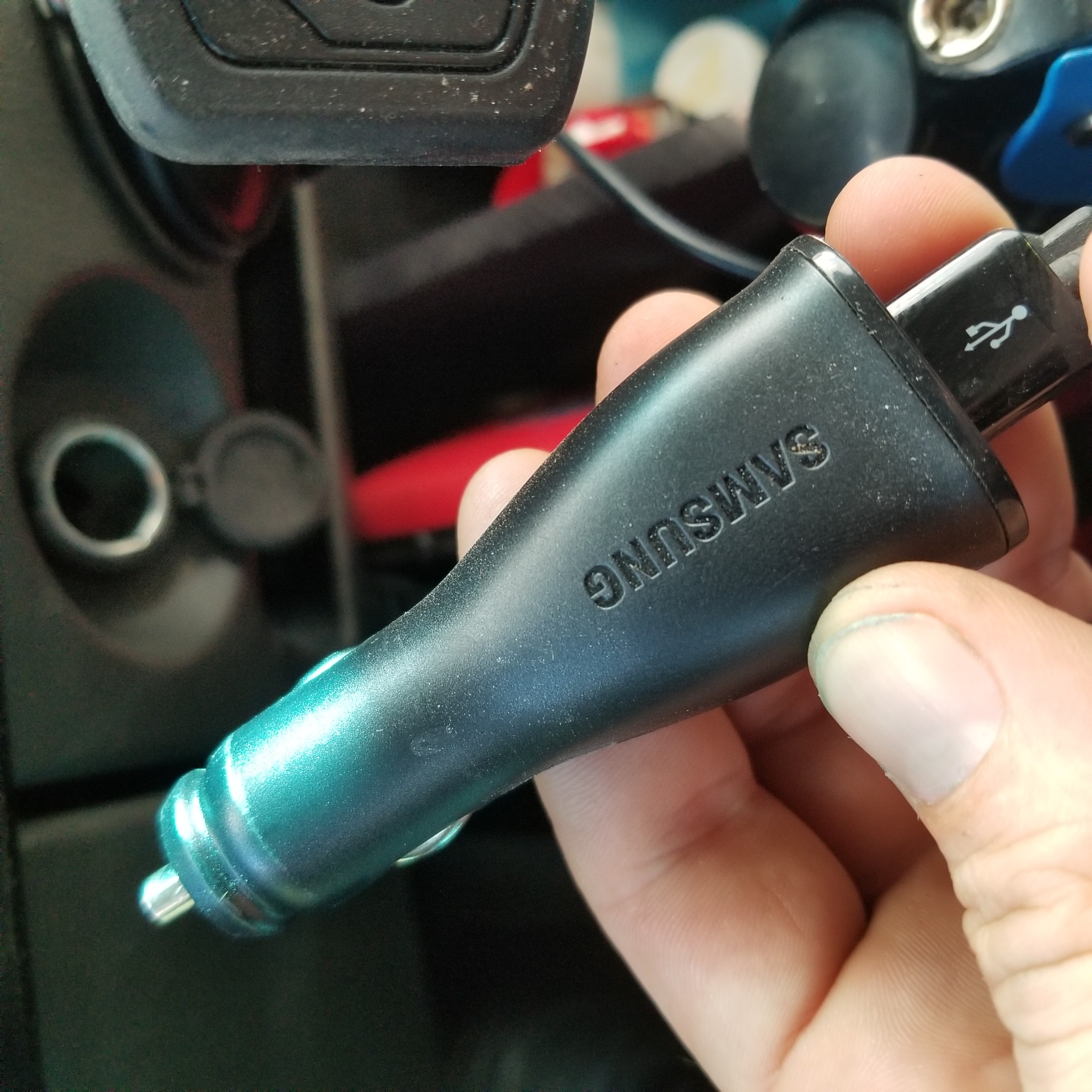 I do have a adaptive fast charger wall adapter from Samsung I have purchased many. My problem is that the kids always take the damn things and they go missing. In light of Harper's answer I think I will stick to the wall adapters and possibly take this question to the Parenting Stack Exchange. LOL.

The things are far less reliable than a plain receptacle and a charging block from any reputable vendor.

For instance you may remember the epidemic of 2-socket (car, battery pack, etc.) USB chargers where one socket was 2.1A and the other was 1.0A, not interchangeable, you had to know which one to plug in. Why did this same exact heuristic appear on thousands of brands of the things? All those devices are simply some commodity hardware wrapped around one specialty IC chip made by Texas Instruments.

Further, they are always way, way, way behind the times. Take the iPad, which is not a new product. It charges at a 2A rate. I had not seen a 2A-rate receptacle until quite recently, and even it just trotted out that old TI chip with the 2A/1A deal. Why?

Not that... but that same sort of balance of limitations of

USB receptacles have to go through their very own UL listing process. As such, they get built by people who are good at building receptacles. That is not necessarily compatible with the other two. Leviton is a blue-chip company that makes blue-chip items on commodity price margins. They are not out on the bleeding edge innovating like Apple, nor do they have the technology momentum or high profit margin to eat mistakes.

Since the company doesn't have a fortune to risk on this specialty product, they're not going to fast track it through UL listing. So they'll plod through the process in the usual way, assuring they arrive late to the market.

Further, the company is not going to create anything cutting-edge because it's uncertain that new standard will actually adopt. That's why they were so skittish about 2A charge rate for so long - they didn't even start the development cycle until they were sure the iPad etc. would really take the market. Now you're talking about some goofball protocol that I've not heard of, that I'm guessing may be proprietary to some brand of phone?

Because they are retrofits onto the standard USB scheme, they need to be backward compatible. Which means there may be some fairly proprietary tech, not least in making sure you don't accidentally send 9V to an old Kindle and set it on fire. For that you need very good understanding of the advanced standard.

For that you either need direct support of a manufacturer with core competency in the field, or a rather stupendous engineering department of your own whose costs you could not possibly recover selling USB receptacles at a pricepoint that'll compete.

Noting that Very Few USB receptacle buyers even know the difference and your competitor will eat your lunch 95% of the time if his USB socket is $1 less (but only supports 1.0A). The leading-edge-device USB snob market is just not big enough to support the risk and innovation needed to build what they want as soon as they want it. They are also the most likely to whine, return, and write blistering product reviews online.

Also, the more complex your product, the more returns you must accept because of the moron factor, people misapplying your product and blaming you.

Why don't the technology giants drive this?

Because building a receptacle is also hard.

Apple has never made a receptacle in their life, and would eat development time struggling through blunders like forgetting to make the passthru 20A instead of 15A. Besides, Apple is a company that achieved greatness by saying "no". They don't even make a display.

How about our clever friends to the east?

You certainly don't want Sum Ting Wong Import Co. Ltd. selling receptacles on AliBaba. Oh look, speak of the devil. Notice how that junkheap is "Sold by abbotech and fulfilled by Amazon"? That's the mark of Alibaba-tier junk that is dropshipped straight from Shenzhen to the Amazon Fulfillment warehouse, and has faked safety listings. Amazon considers itself "only an agent" similar to eBay or AliExpress.

Why doesn't Amazon buy it direct and do "Sold By and Ships From Amazon" like this Leviton here? Because then, Amazon would be the legal importer and would be legally responsible to assure its compliance with UL and all safety regulations. Same as Home Depot and Target are obliged to assure their goods comply with all safety regs. That is impossible given that the Cheese cheapie has no chance of ever passing muster at any reputable testing lab. That's why the company fakes it or just slaps on a CE and calls it good.

The big box stores, and to a lesser extent Amazon, are going to be slow to pick up on the absolute latest products. So when you are looking for something like this, start with a reputable manufacturer (I have no connection with Leviton other than using some of their products, but they are one of the big names in the industry) and search their web site. Once you find a product, you may be able to order it directly or if not then contact the manufacturer and find out who stocks it locally. In the case of these types of products, an electrical supply house will likely either stock it (because they do a higher volume of specialty products than the big box stores) or be able to special order it (and get it with their next regular Leviton shipment). Many electrical supply houses (and plumbing etc.) will sell to regular people, perhaps at a slightly higher than "tradesman price", particularly if you come in knowing exactly what you want rather than trying to get a free education from them.

For all the very good reasons Harper mentions, a combination wall outlet/USB charger will typically never be as good as a regular outlet plus a separate USB charger. Plus, when you upgrade your phone and your new one uses a different smart charging standard (type C?), I'm betting you'd rather not rewire your house.

However, for the problem of quick-charge capable USB adapters that won't wander off, there is a solution: USB power strips. There are tons of power strips on the market that support fast charging standards (i.e. QuickCharge 3.0), and nearly all of them have screw holes to allow for wall mounting. There are even styles such as this one which mount directly over the outlet: 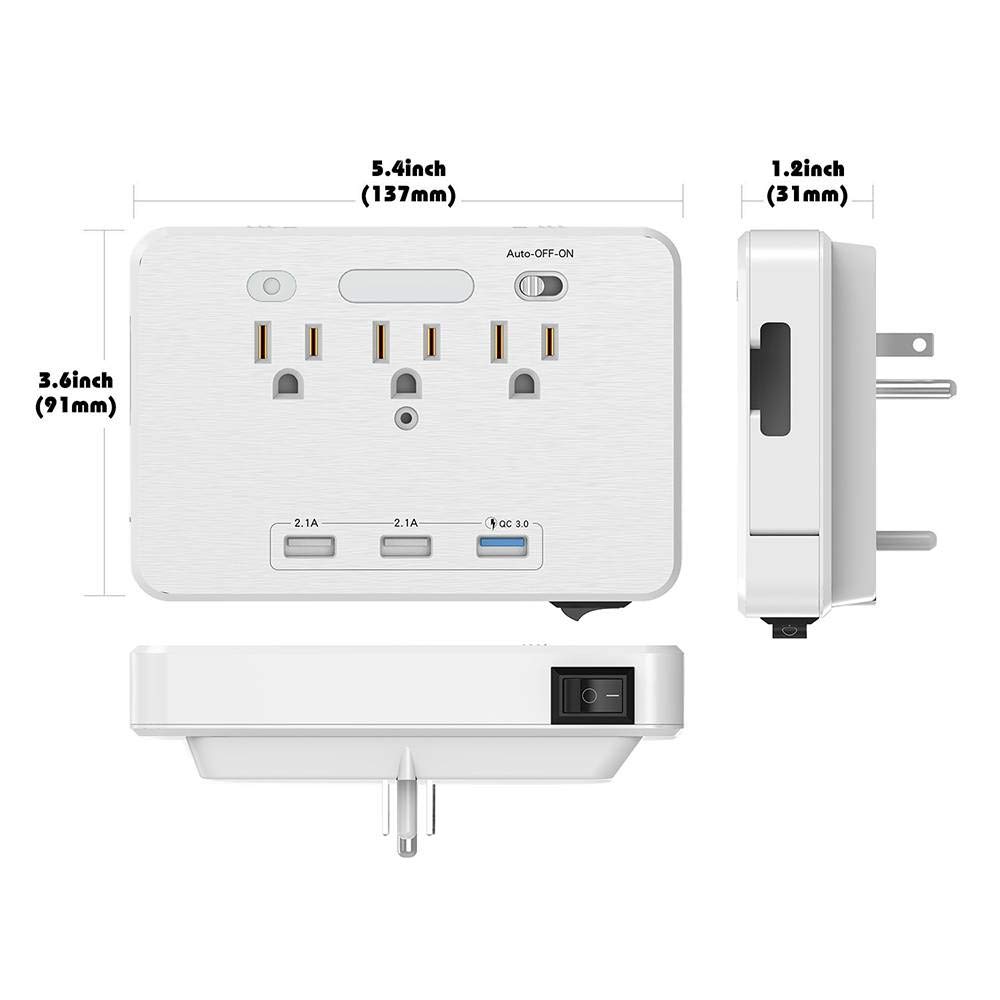 Most of the adaptive of fast charge devices boil down to telling the device a 'magic-number' that permits the device to charge faster. Apple are the usual worst offenders.

Something you should keep in mind when replacing a wall outlet:

In newer homes the wall outlets are quite frequently 20 AMP circuits. You can check your circuit breakers to figure out if yours are 15 or 20 AMP.

As far as I've seen, only Levitron makes a 20 AMP outlet with USB charging.

@drjpizzle - Amazon has a plethora of fast chargers that work well with Samsung phones.