I am having a little difficulty fixing the wiring in my house. I have a stairwell with a 3 way at the bottom and at the top is my upper bedroom. There, I have a combination switch with a single pole and 3 way combined, a Leviton 5241. Unless one of the switches is on, the other won't actually turn on and off the lights. To try and fix the assumed wiring mistake, I first took the (breaker flipped first) bottom switch out and took the wires off and measured which one was hot, and found it to be the red one. So, it was wired back up in the same way as before. The hot to the brass screw and the two blacks (assuming they are the travelers) to the bronze screws.

I then went upstairs and did the same. Found the hot, a red wire, tied it to the common, and then tried to figure out the rest of the wires. Per the downstairs switch, I thought perhaps the blacks were going to be the travelers in my case and changed the wiring around to have both blacks be the traveler wires on the combo switch. I thought this would be it, but it did not fix it, and the same thing was happening as before. Thought I messed up, and then, thinking perhaps somewhere the wire color was changed, put the leftover red and the black seeming to come from the bottom of the box together, which was the same exact scenario as I started. Then I flipped the blacks, which then made the lights alternate on / off if I flipped on switch, making a light permanently on all the time. It was funny though.

But, it was late, so I wired things back the way I found them and went to bed.

Here are some pictures: 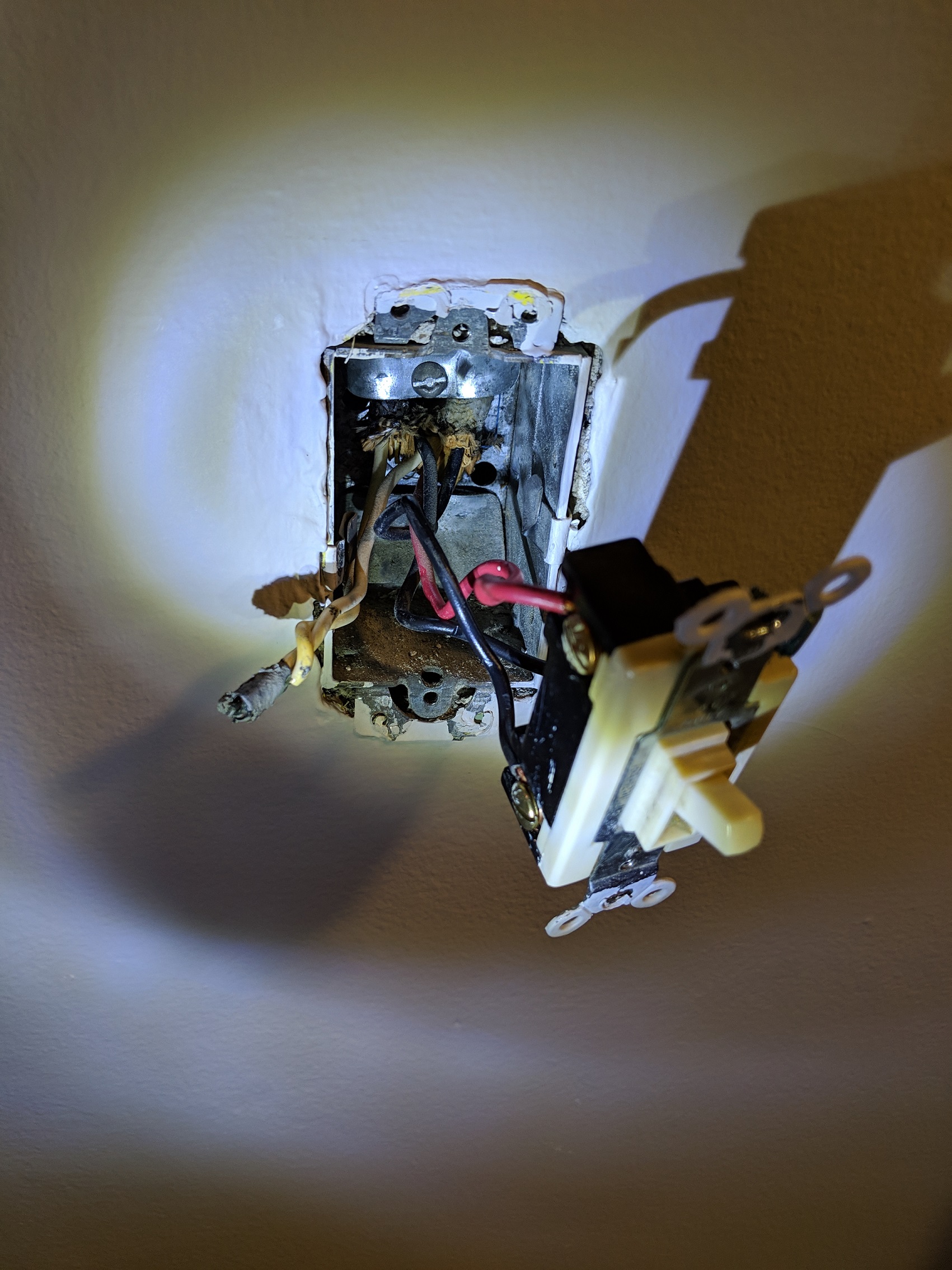 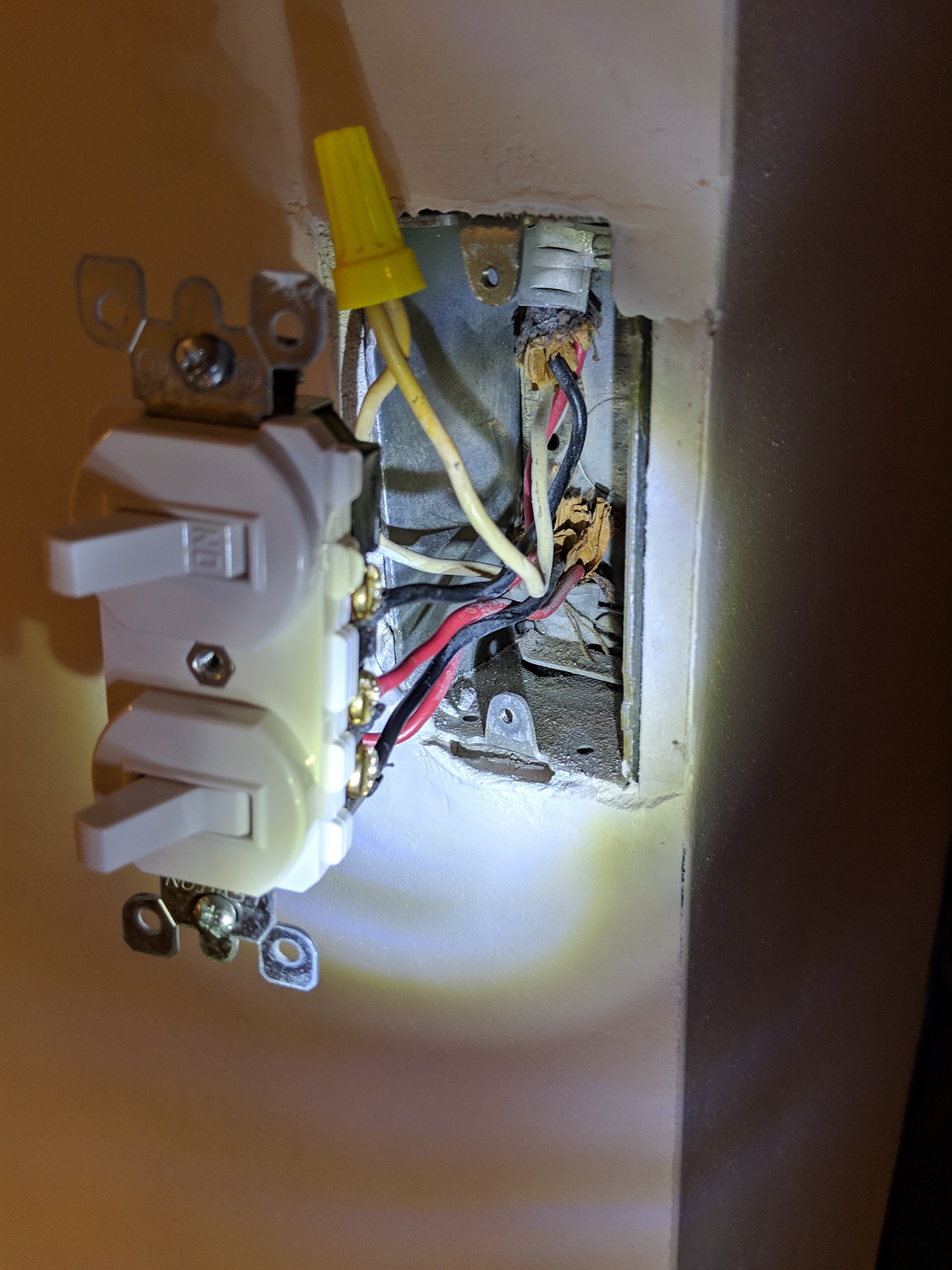 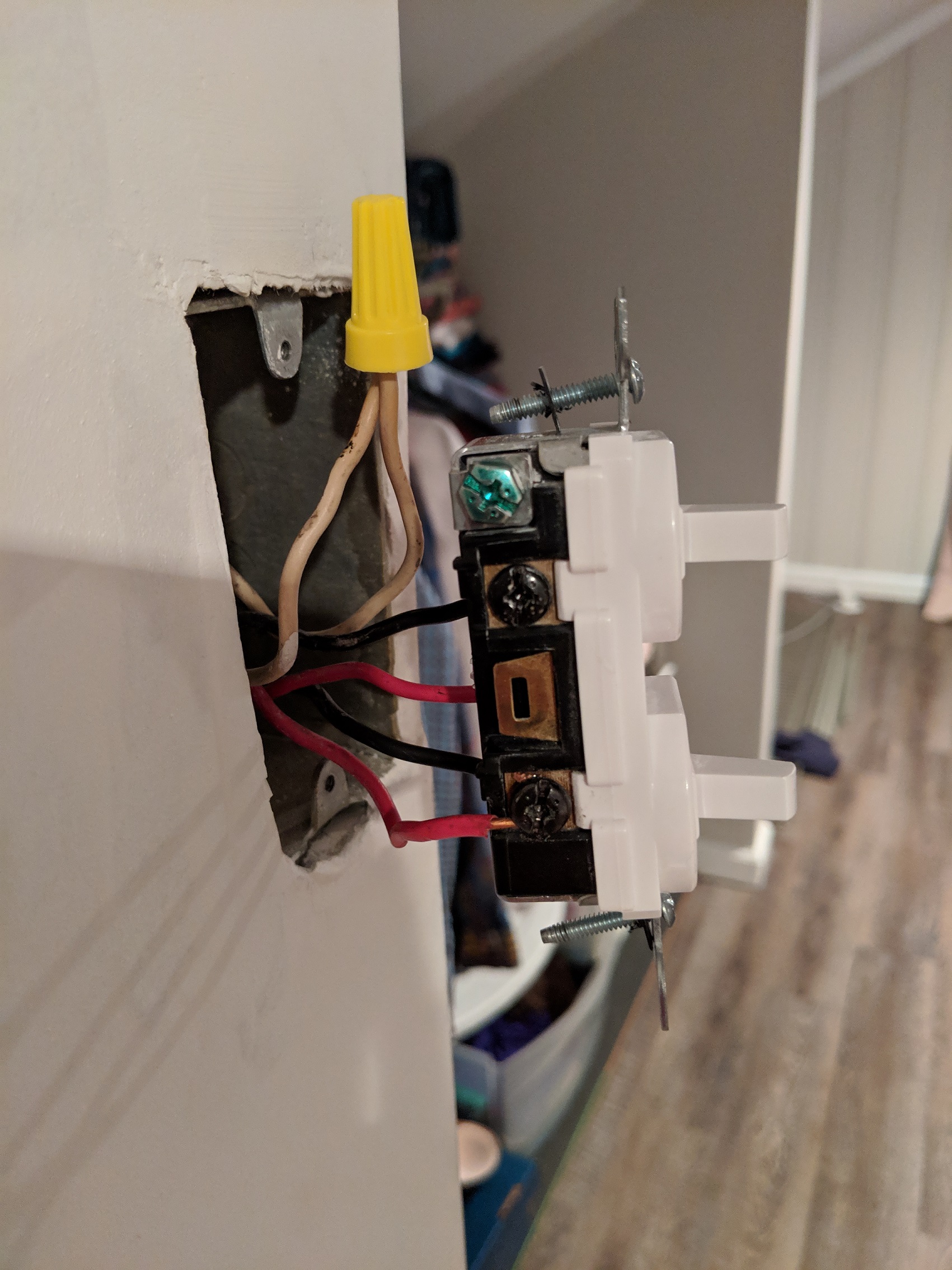 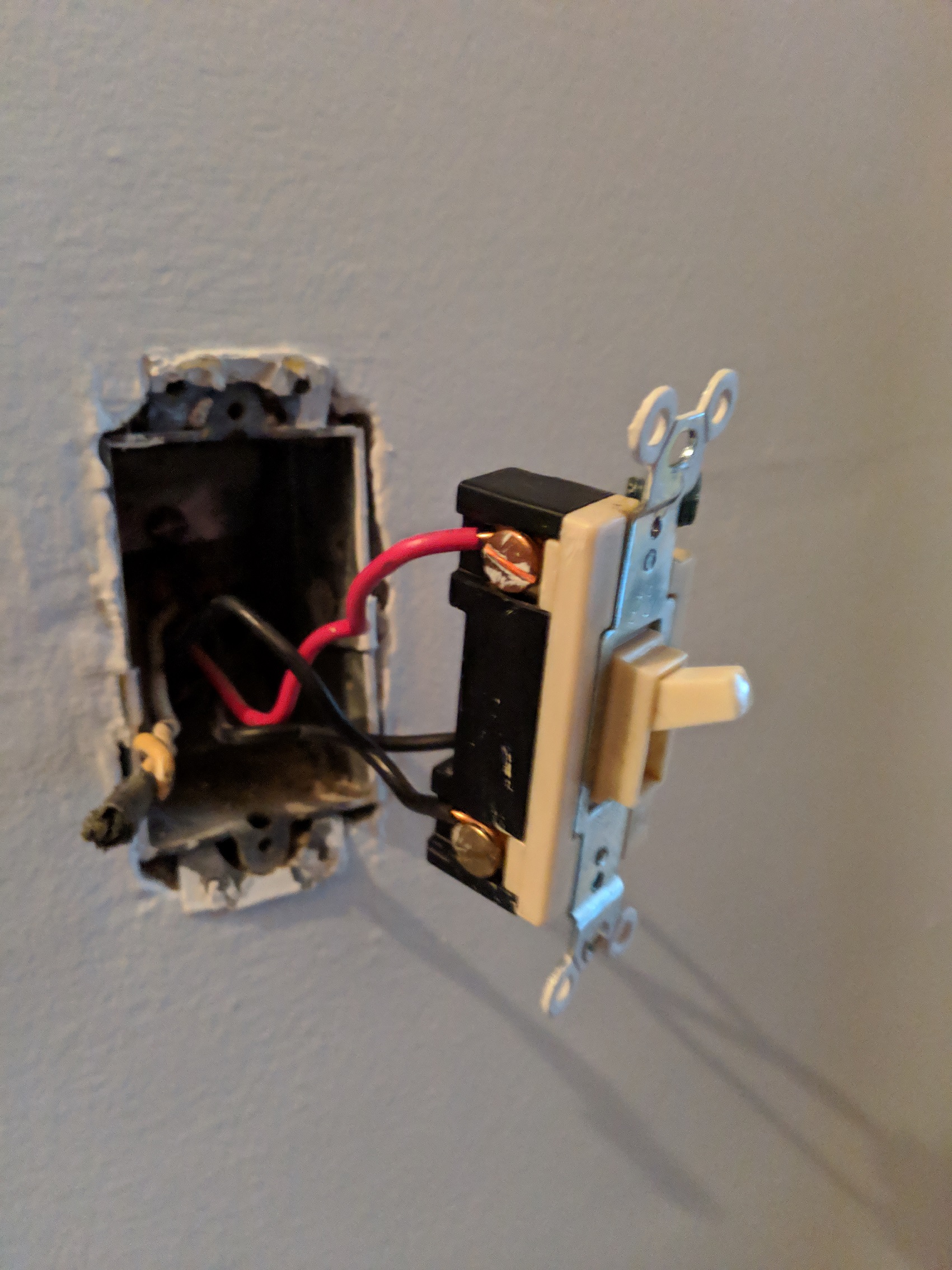 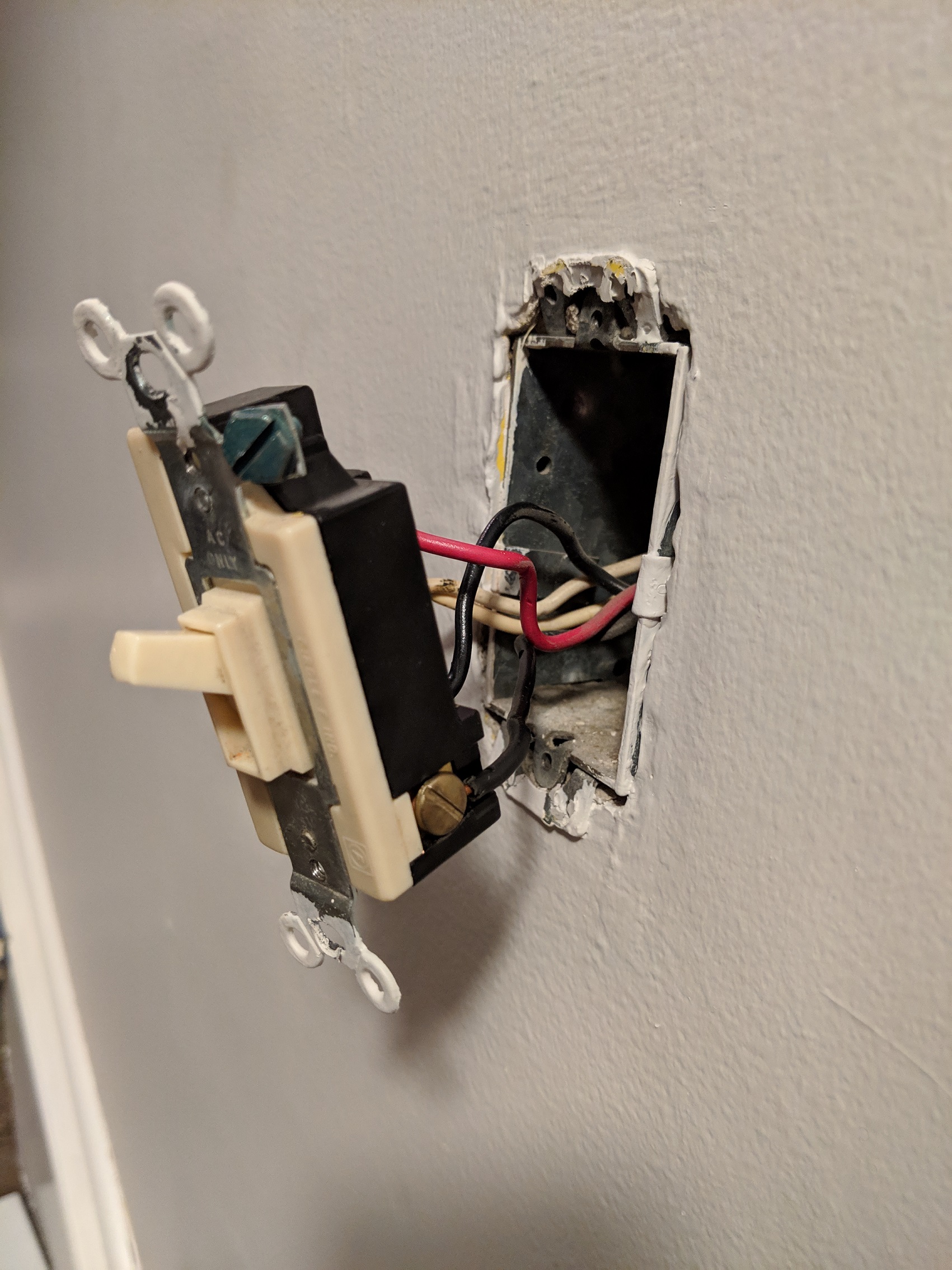 Browse other questions tagged electrical multiway-switch or ask your own question.