Vaulting ceiling and removing ceiling joists without risking the integrity of my roof system?

I have a large space without walls and when I looked in the attic, it seems like there is a possibility to vault my ceiling. Checking if anyone here could help me to figure it out. What are my options for vaulting this thing? 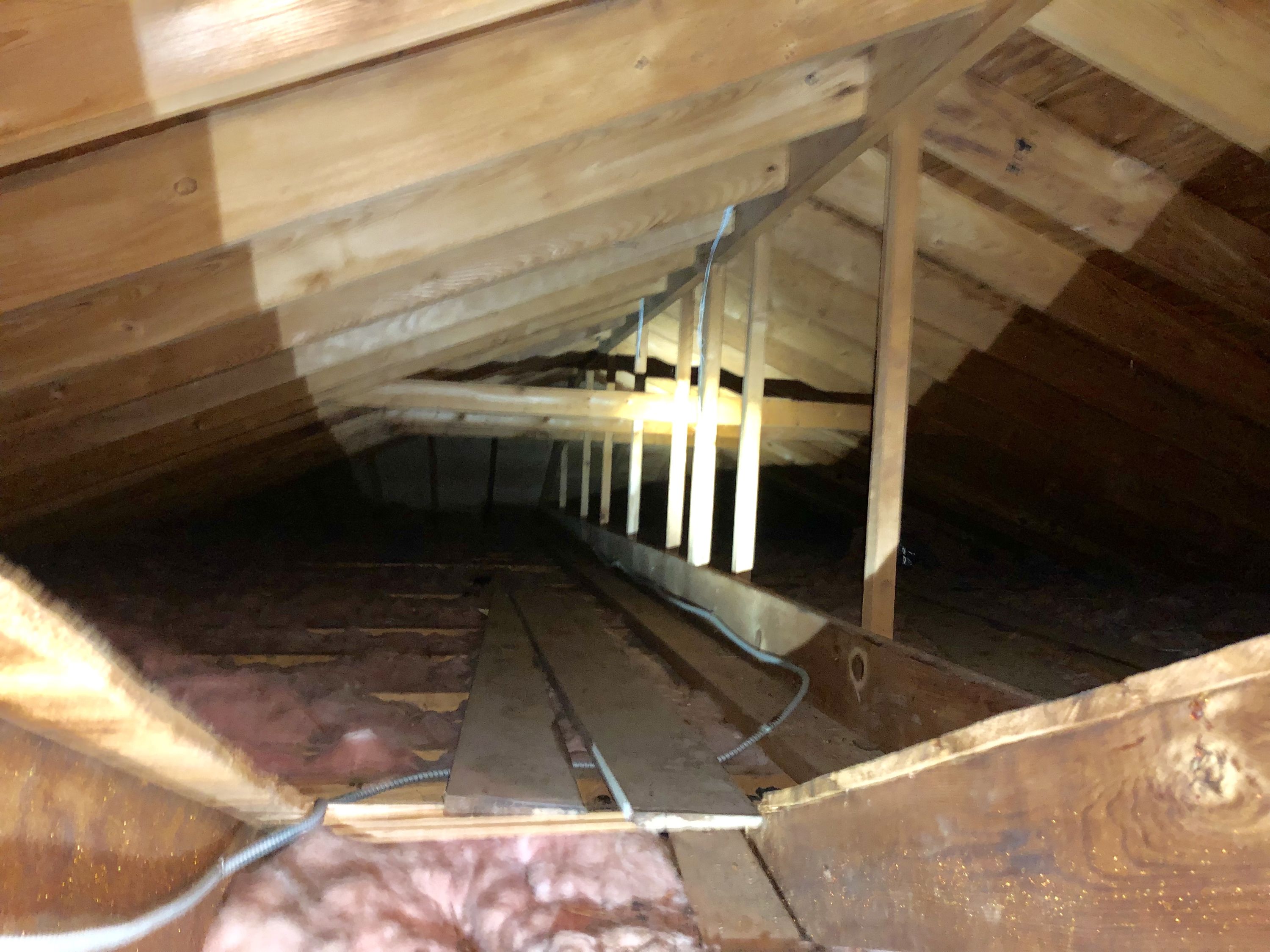 Yes, you can remove the ceiling joists and “vault” the room, but you have several issues: 1) unusual structural system, 2) loss of attic insulation, 3) heating

After the new ridge beam is in place and supported with a NEW post at each end and each joist clipped to the beam, then the existing ceiling joists and temporary supports can be removed.

The new posts will need adequate footings. You may be luck, because the existing strongback probably has some footing under it at each end.

2) New attic batt insulation can be installed between each joists, but keep 1” air space between the insulation and roof sheathing for venting. (Be sure to add soffit vents and ridge vents in EACH joist space.)

3) consider how you’ll heat the space...ducts?

There are a a lot of elements to consider when doing something structural like vaulting a ceiling. The good news is they aren't prefabricated trusses so it is a possibility. If you are serious about it have a general contractor have a look. Try to time it for spring so you don't have to worry too much about the heat or cold. This is well out of my area of expertise but someone here will be able to give you more information.

Not the answer you're looking for? Browse other questions tagged ceiling roof or ask your own question.

7
How do I repair a drywall ceiling when there is blown in insulation above?
1
What might be causing leaks in my roof and ceiling?
1
Can you remove a tin roof and install insulation and re-attach the tin roof?
3
What materials and spacing should I use for ceiling joists/strapping in this conversion?
1
How do I protect and insulate a ceiling built against the roof?
3
Can I remove ceiling joists without risking the integrity of my roof system?
1
Is it safe to remove this plywood ceiling and ceiling joists?