Why do single electrical receptacles exist?

Given that the following are true.

Why do single electrical receptacles even exist? I was looking at the plans for a house and some of the power points were specified to be singles. Is it a code/standards compliance issue? It can't be to make a house $2 cheaper, they wouldn't be worth manufacturing if that were the case.

Someone edited this to say "Receptacles". I assume that's an Americanism? Sounds very odd to me. 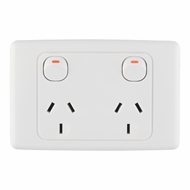 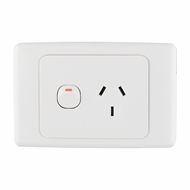 Standard Australian power points. They're the same size, fit in the same hole, and have the socket in almost the same point. I've seen singles mostly in older houses. I thought maybe doubles used to be more expensive, or maybe they just ran out and put a single in. But then I saw the building's wiring overlay and somebody decided - in the planning stage - that for some reason that point needed to be a single. I know it's of no real importance, but this has been bugging me for years. This is just an average room in an average suburban house. No basement pump. (Cultural note: Australian houses don't have basements. Until recently, we tended to spread out horizontally, not vertically.) There's nothing that would be damaged if the power failed. Except the fridge, and I've never seen a fridge with it's own circuit.

We live in a world where these exist. 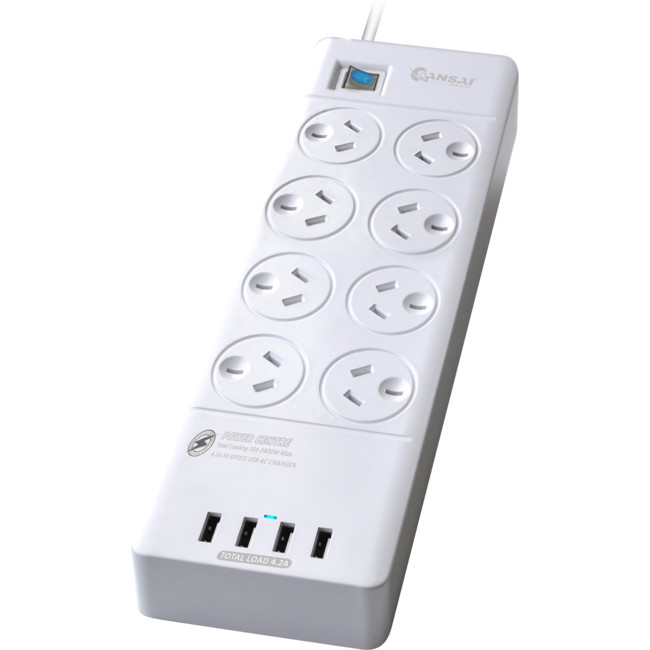 So if single power points are supposed to be the solution to stop people plugging in two devices, someone should rethink that. 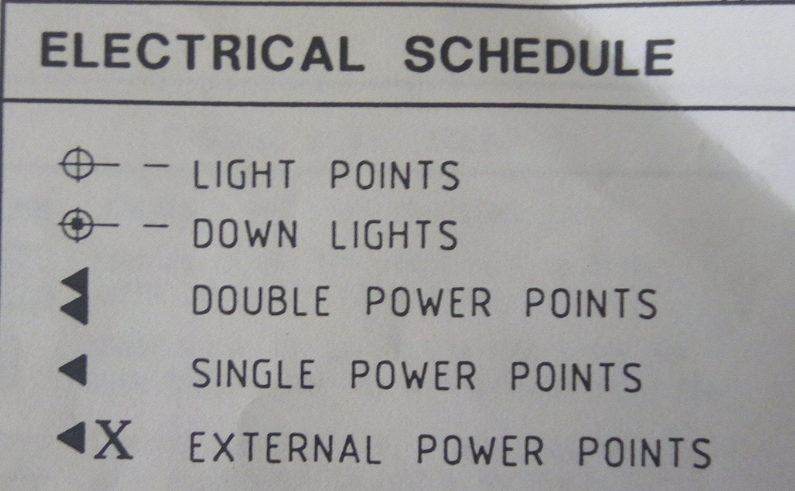 There are quite a few reasons to use a single receptacle instead of a duplex receptacle. A few that I know of:

I am sure there are more reasons - if anyone has any good ones, feel free to add to this list (or make your own answer if you prefer).

Single receptacles are used for reasons

Nobody installs one of these by mistake - they're a lot more expensive, to start with! When you find one, it has a specific purpose for being there because of a Code requirement for its application.

In these cases, providing only one socket is on purpose. It is to prevent you from using the circuit for anything else.

Now, you may know that every room is supposed to have receptacles at certain intervals, (12' in most rooms, 4' on kitchen countertops). These special-purpose receptacles won't count, so you should find a normal receptacle nearby.

Not the answer you're looking for? Browse other questions tagged electrical receptacle code-compliance or ask your own question.

13
How do I troubleshoot power receptacles?
1
I need a wiring solution for an unusual situation
1
Water heater uses two single breakers
4
Would it ever make financial sense to install a GFCI breaker vs an GFCI outlet?
4
Do Tamper resistant receptacles violate ADA barrier-free requirements?
2
How do by-room electrical code requirements work for a house with open plan or nontraditional rooms?
1
2 independent GFCI (or 2-pole GFCI) outlet in 1-gang box. Does that exist?
0
Switch wiring for 2 single pole switches and 2 different lights
12
Electrical wire nut melted
1
Amperage, receptacles, breakers