I'm working on a DIY Mirror Touch frame and am on the final stages connecting everything.

I've managed to disassemble the DVI connector and reduce the protrusion there.

For the power connector, I would appreciate support with soldering the Power adapter wires to the PCB - as I have no idea which solder point on the PCB should be associated with which wire (DC Live, Ground or DC neutral). I would de-solder and remove the power connector on the PCB and solder the wires directly (and then add a good amount of hot-glue). 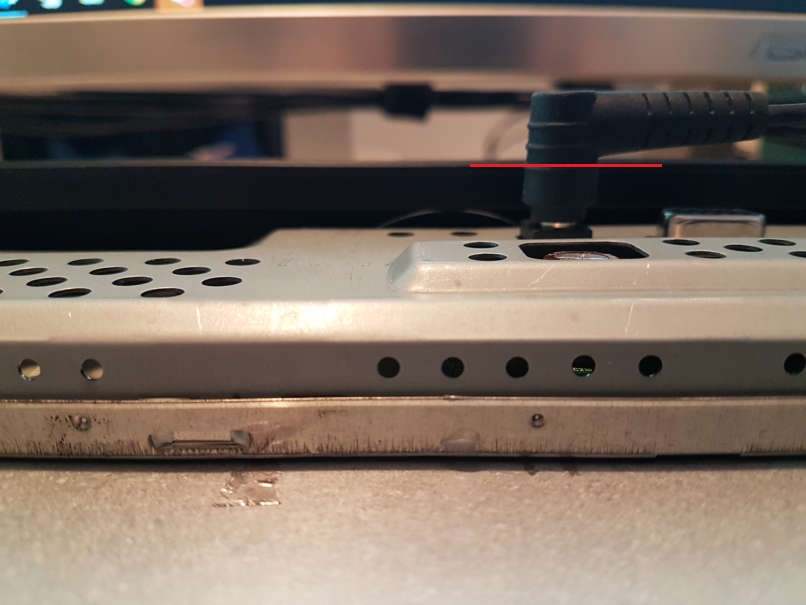 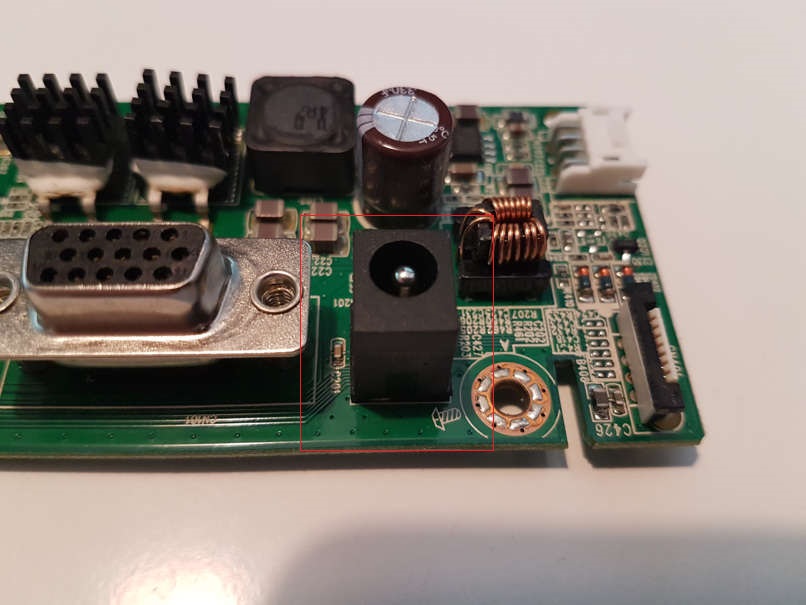 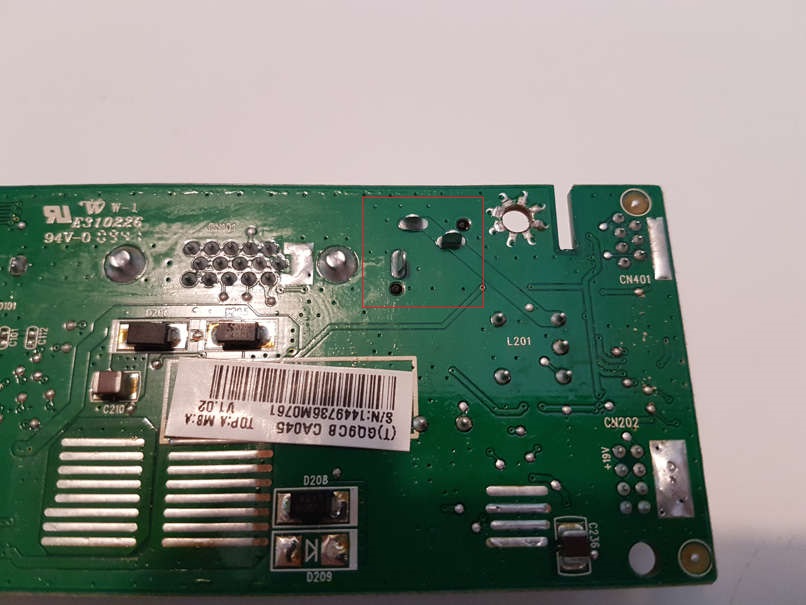 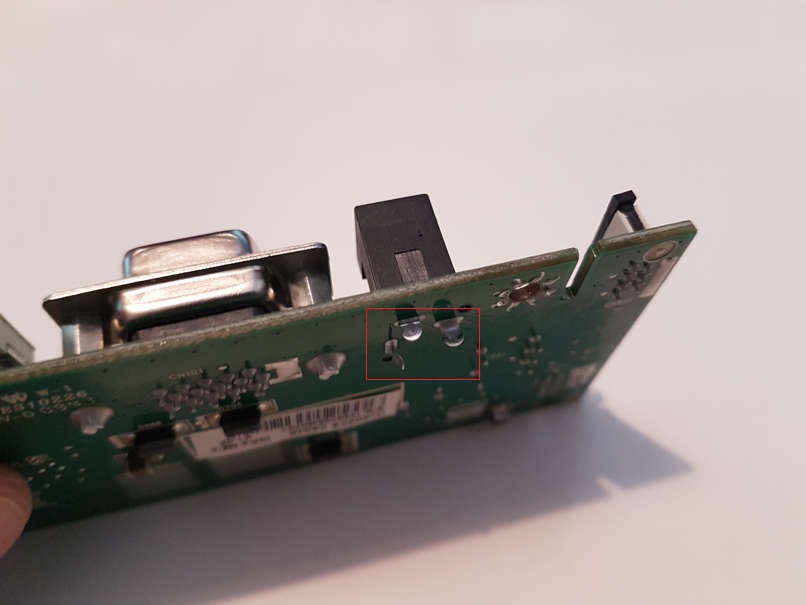 I doubt that cable is carrying household voltage. It's probably DC voltage in the 12-24 volt range from a power supply brick.

If I had to guess, the two pins sharing a trace are probably positive, and the third pin looks to be attached to the ground plane and therefore probably negative.

Mains electricity is not a toy!! Low voltage DC is a toy, which is how you got misled.

Mains will steal your girlfriend, wreck your car, cancel your fire insurance, burn down your house and kill you. It is a completely different beast. (It's a very slightly less psychotic version of mid-voltage DC, which made a serious college try to kill 3 astronauts the last time it was trifled with. AC, at least, has a zero crossing that will often snuff arcs).

Anytime you get an urge to do something with mains electrical, put down the soldering iron (you'll never use it), come here and talk about what you want to do. We'll run you through it the right way, that meets Code, will save your fire insurance, and will be safe. Humanity's best-practices at handling mains power safety (Code) are so refined that it looks easy, and that makes mains AC seem harmless. As such, Code can seem stupid. It's not.

I'm sorry to give you the finger-wag, but you specifically asked how to connect AC live, AC neutral and ground.

But you're in luck

That's a Barrel connector. Mains power would never be on that because it wouldn't have the dielectric strength. The weird lump in the power cord is not merely to annoy you, it's to knock AC mains power down to low voltage DC.

By the way, the reason so many manufacturers do that, the thing with the wall-wart, is it allows them to sidestep the bulk of the UL listing process. They only need to clear the low hurdle for low-voltage DC machines, then they toss in a commodity off-the-shelf wall-wart that somebody else already got UL listed. That's why wall-warts almost never have any labeling to say which equipment they go with.

The Electrical Code has sweeping exemptions for low voltage devices under 30V (talking to you, NASA) that are also under 55 watts. Your device probably falls under that exemption.

You only need to figure out how to convert mains to the correct low voltage safely (e.g. By simply using the power block that came with the machine), how to site the power supply (plugged into a nearby receptacle is pretty safe), and how to connect the wires.

First off as pointed out in another answer none of those pins are for AC mains, they are all for the outputs of a power brick.

What I would do is first check if the cable is visible asymmetric, if not use something (tippex may work nicely) to mark one side of it so you can tell which wire is which after cuttin cut the connector off the power brick, then use the multimeter on continuity to work out which wire in the cable connects to which solder pad on the board.

0
How can I repair this Ikea light fixture that seems to be missing parts?
5
How can I mount a security camera on the outside of the house?
1
Need to hang mirror, AC detected from stud finder
0
Wiring power cord Adapter to connect a Round 3-prong female generator plug to a round 4-prong Gen Trans Switch
2
Blower motor wires crossed
0
Taking power from double light switch to GFCI outlet
8
Wall Outlet with three sets of wires!
0
Why does this switch trip the breaker?
0
Networking in an Old House
1
How to connect two track lights