Question about a bathroom wiring I do not understand

I just bought an old condo and am doing a renovation. At the hallway ceiling just out of the bathroom door, there is an exposed junction box with no covering, and I try to figure out what it can be used for.

There are three wires from the box, with the color white, black and purple, all covered with twist-on connectors. The white one is always hot, the purple and black ones are neutral. It seems that no existing switch control this junction box. 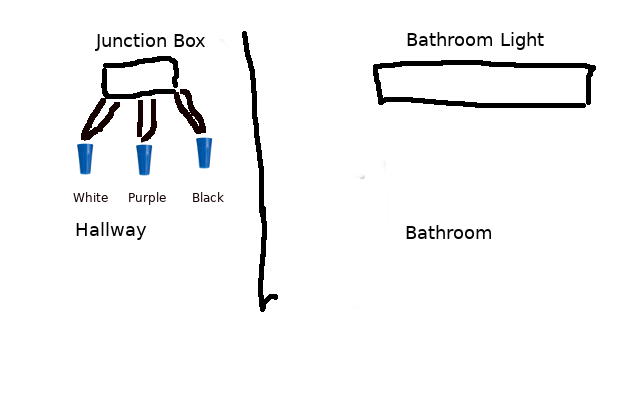 The white one is always hot, the purple and black ones are neutral.

White and grey are neutral. The only exception should be if the wires are in a cable - e.g., a switch loop with white & black but no neutral has to use white for either hot or switched hot, neutral just isn't an option. If you had red and black then it could be some sort of "crazy setup with a cable". But purple isn't a typical wire-in-cable color, so I assume your wires are in conduit as described in Harper's answer.

Colored wires are NOT neutral. No exception there.

So that leaves two possibilities:

For example, the purple and black wires might be switched hot and appear dead until a switch is flipped. No current doesn't mean "neutral".

In any case, figuring out where these wires are going is necessary before doing anything with the wires or replacing the wires. It is impossible to guess what someone else did. If everything is working and you open up a switch and everything looks "normal" then it is normally OK to swap things based on normal expectations. But when you start with capped wires with no known matching switch, you are just guessing. And guessing can be dangerous.

The first thing I would do is get a non-contact tester. They are not 100% reliable - nothing is. But they are generally safer for poking around unknown areas than a tester with open metal tips. Plus you can use it easily one-handed. Something like: 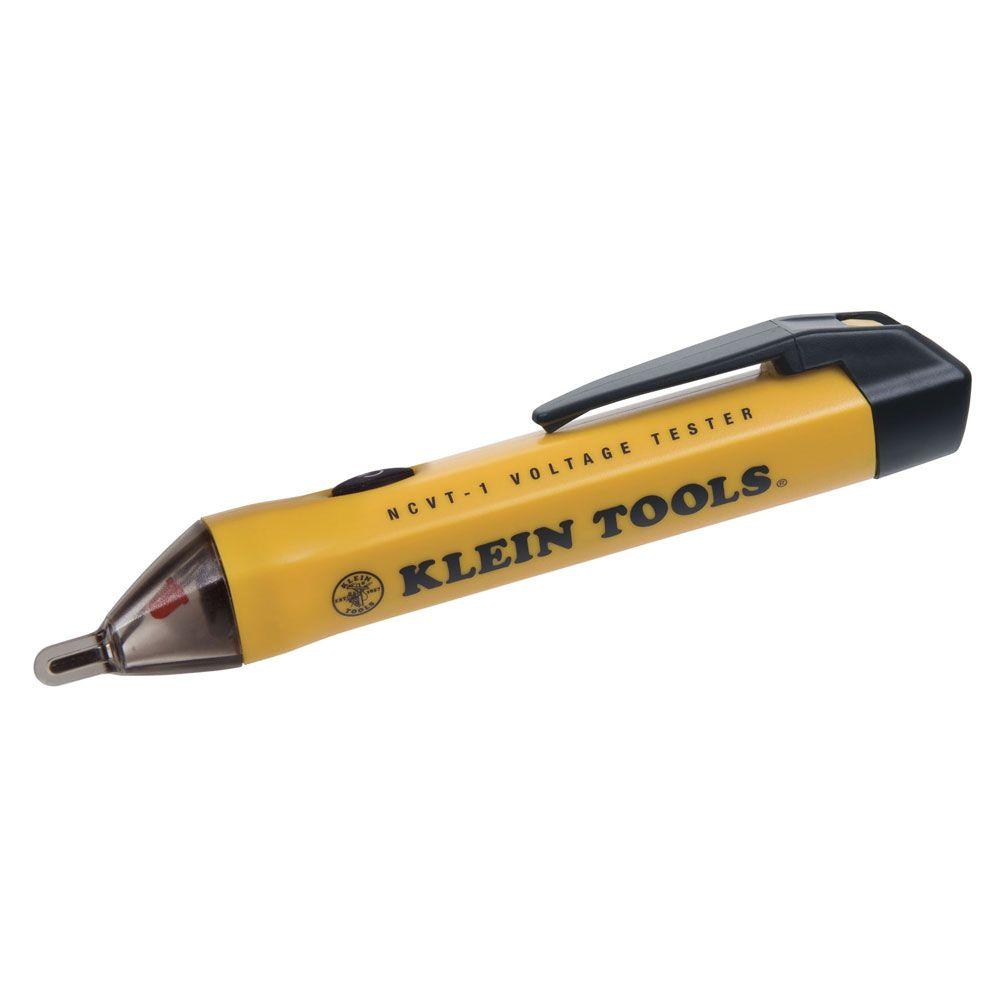 Then figure out what breaker controls the wires. You should find the tester showing voltage on at least one wire (based on your description, the white wire, but I suspect it may be different with a different type of tester) and when you turn off the right breaker you'll find no voltage on any of the wires. Turning off the breaker will be necessary for doing any work anyway, so you might as well figure that out first. Simply knowing what else is on the same circuit might provided clues as to where the wires go.

Then you need to figure out where the wires go. Once you figure that out, we may be able to help explain how it all works - or how the wires in this box should be connected to a light.

Who cares... From the description and the odd wire colors, it sounds like your condo is equipped with conduit wiring, most likely metal conduit. That means if it's wrong or stupid, you can just yank the wires and fit it your way.

That said, Harper's Law of Novices is "the last guy may know more than you realize". So really stretch yourself to learn what the last guy may have been intending. For instance the ceiling box is most likely intended for a light.

Learn to work in the conduit wiring system, and learn ideal electrical installation. Then open up other boxes, push and tug to see where those wires go to, and if the previous wiring is a bodge job, put different wires in there.

It sounds like the bathroom light switch is a smart switch, and the line you are -- well I assume you are shorting it to ground? -- is intended for 3-way application. The metal boxes in a metallic conduit system are grounded. They ground through the conduit.

Not the answer you're looking for? Browse other questions tagged electrical wiring light-fixture or ask your own question.