I'd like to build a French cleat storage system on an exterior wall in my basement shop, but am concerned about whether the cleats will have sufficient support given the construction of the wall. The wall is constructed of 3/4" drywall over lath and plaster (~1/2" of plaster over 3/8" laths), with additional 1/4" and 3/4" boards between the laths and the studs.

My current plan is to use 5/16" x 5 1/8" structural screws (rated as equivalent to a 1/2" lag bolt) to attach the cleats, two per cleat per stud, as shown in the diagram below. (I have not shown the screw details because my Sketchup skills aren't quite there yet.) The structural screws will be countersunk 3/16" since they have a washer head. 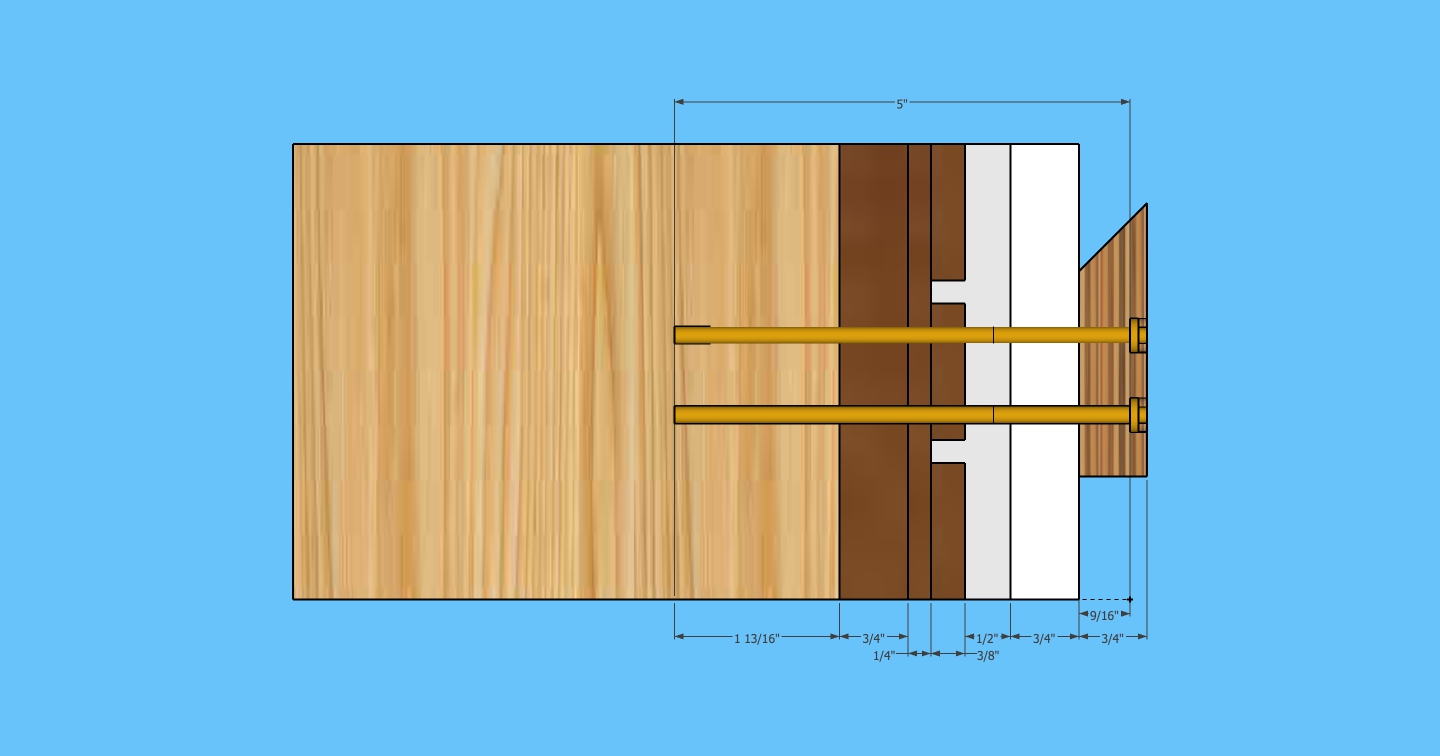 A photo showing the actual materials (minus the stud, which is covered by insulation, and the drywall, which is not visible in the area where I have this cross-sectional access): 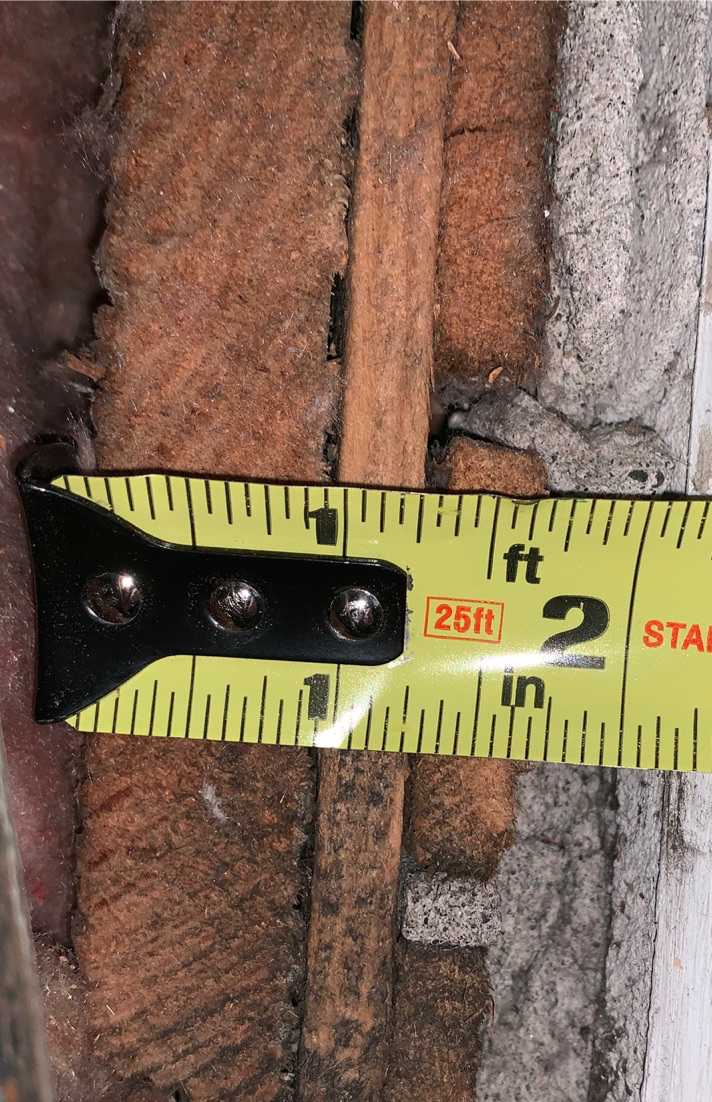 I have questions on a couple aspects of this:

1) Will the 1 13/16" depth of the screw in the stud provide sufficient withdrawal resistance?

2) Can I rely on any of the intervening material to provide any support as far as shear resistance, or do I effectively have about 2 1/2" of unsupported screw? And if the latter, can this possibly hold any significant weight? If not, do I have any options other than a) not doing the project or b) completely ripping out the drywall and lath and plaster to secure the cleats more directly to the studs?

3) Would using a toggle bolt into the lath-and-plaster between the studs be wise in addition to (or instead of) the structural screws into the studs with such a long unsupported length?

My guess is that the screws you want to use won't work well if the shelves are heavy. The embedment in the stud is too shallow and the screw will flex quite a bit. I think the shaft of the screw is too small for the drywall and plaster to provide much support in shear.

I'd simply strip off the drywall and screw 3/4" plywood on top of the plaster. I'd nail on a pressure treated 2x4 like a base molding so the plywood isn't in contact with the floor, and rest the 4' edge of the plywood on the 2x4 before attaching. This way the weight is carried by the plywood rather than the nails.

With that in place mounting your cleats will be very easy. The plywood will also hold up better than drywall behind the shelves. It's a bit of extra expense and effort but you'll have a very strong and durable and nice looking finished product.