According to the titled part of NEC, "(4)Receptacles shall be located to protect against physical damage to the flexible cord."

I have installed a dishwasher recently, but the plugged to a receptacle newly installed right next to a base cabinet. I know the receptacle is usually under sinks, and in that situation, we may be able to say that the cabinet is protecting the cord from damage. Is my situation violate the code since technically the code is exposed to a traffic area. See the picture below. Thank you for your advice. 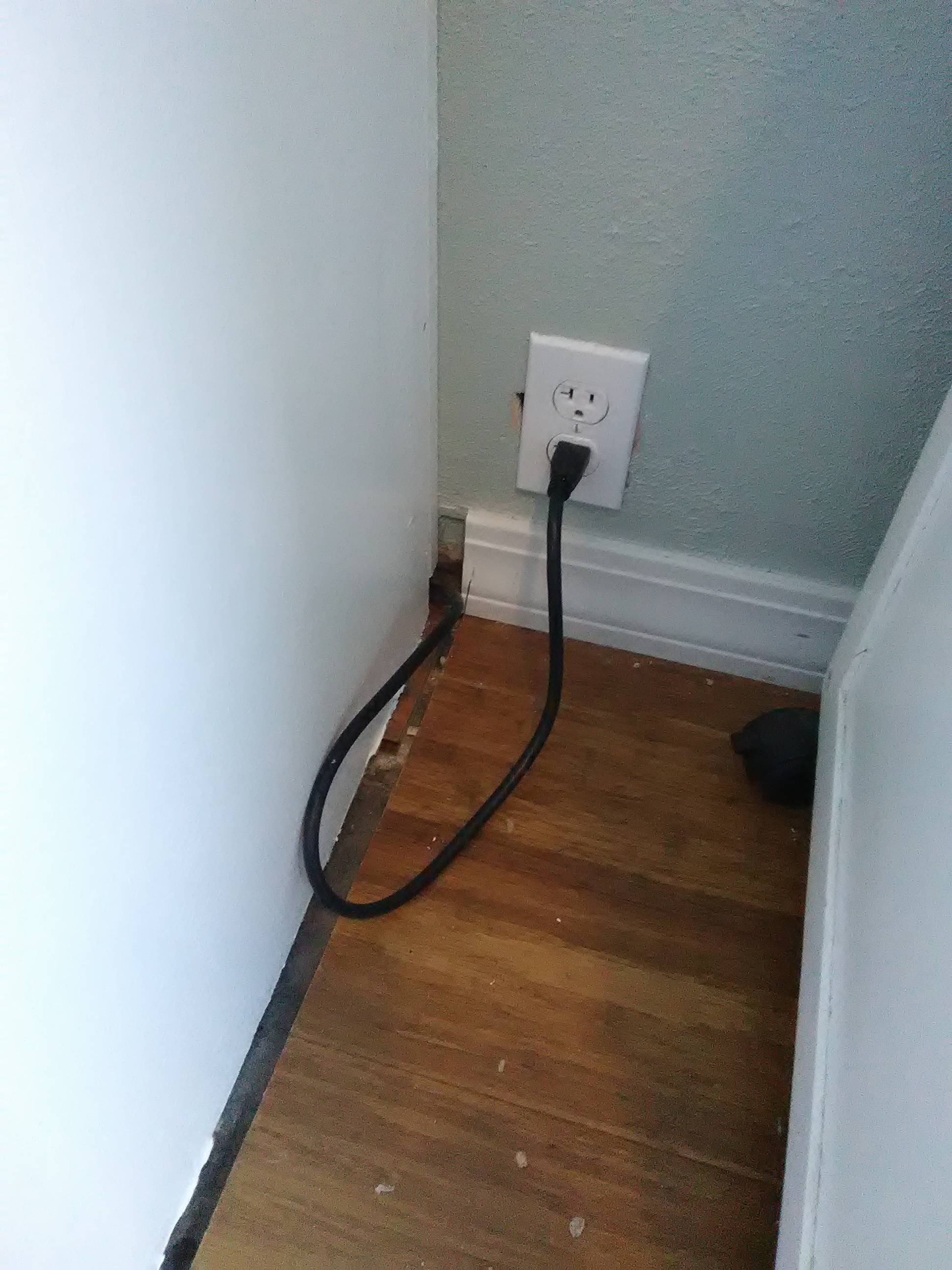 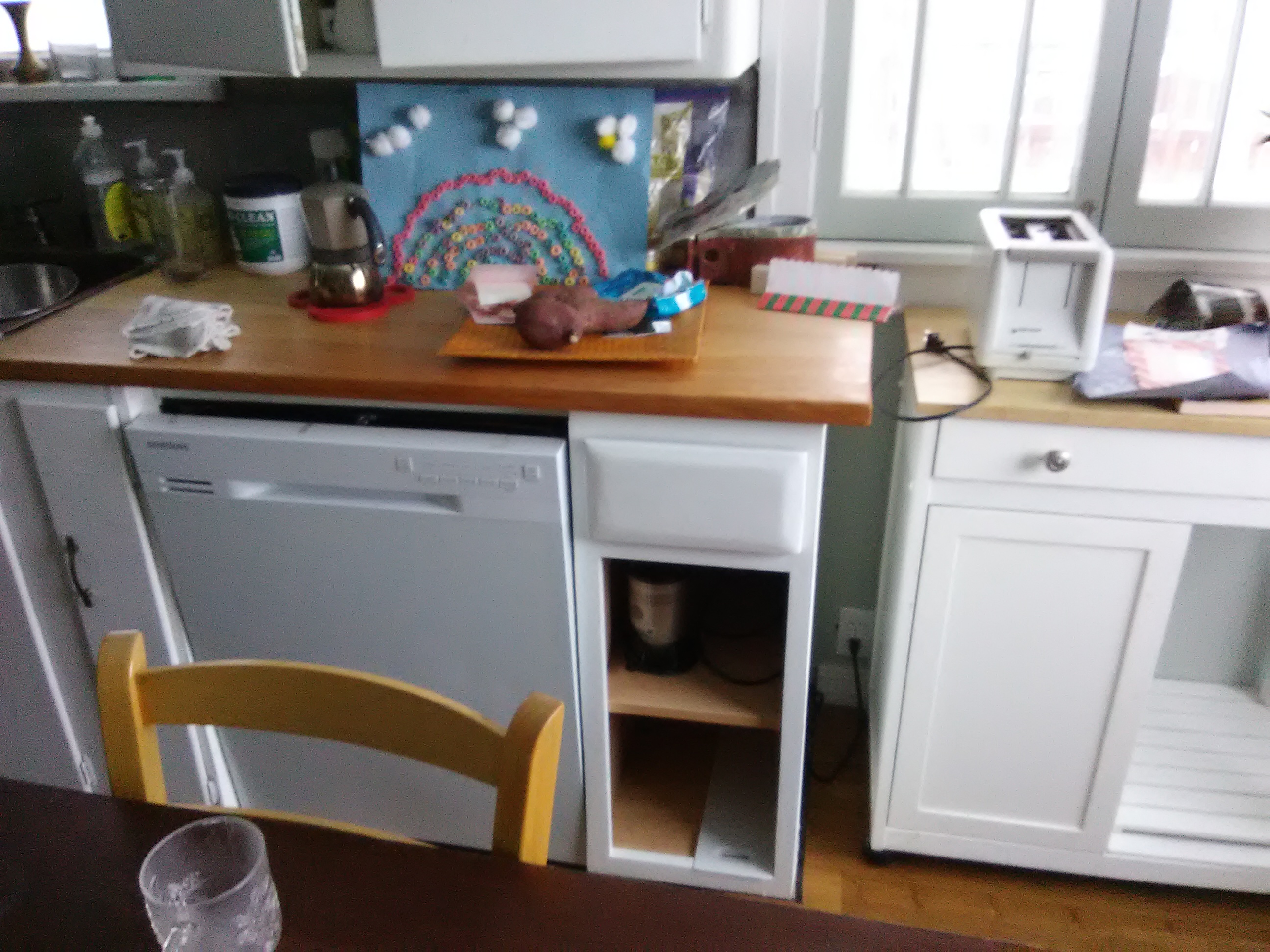 First I would say I don't think the location of the receptacle and cord pose a threat to physical damage, but I do think it at least violates the intent of parts (3) and (4).

I will say that there has been plenty of debate among the electrical inspection community on whether a cabinet side is really a wall or a partition and is it allowed to be penetrated. I suspect a clearer definition will come out in later Code publications but right know everyone is stuck with the ones we have.

As I have said before, I have an opinion but it doesn't matter. These debates have pretty much left the decision up to the AHJ (electrical inspector in your area). You should probably check with your municipality on their opinion.

Not the answer you're looking for? Browse other questions tagged kitchens receptacle dishwasher wire or ask your own question.

0
I have Direct tv plugged into a gfci protected receptacle. All of the receptacles on same circuit will go dead, but not trip the gfci. Why?
7
How can I secure NM cable to a metal stud?
2
Can one of the (two or more) required 20A circuits for kitchen receptacles also serve a Dishwasher? (California Code)
0
Are the drawers in dual drawer dishwashers swappable?
4
How do I prevent white film forming on utensils in dishwashers?
3
GFCI outlet in cabinet above under-cabinet range hood
2
Do dishwashers and clothes washers require dedicated circuits in an older home?
0
Do dishwashers with a built in “high loop” require a second high loop under the sink?
5
Scorched receptacle