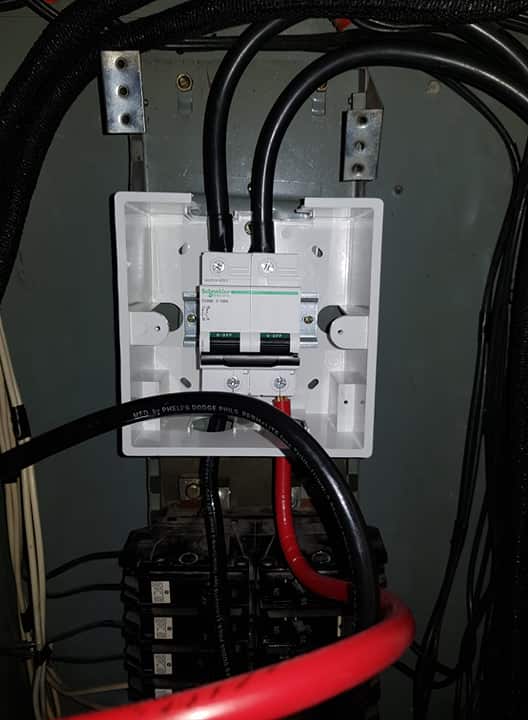 After 2 hours of working on it. I was able to replace the old breaker with Schneider Din Rail 125A breaker that directly feeds the Siemens panel with 6 GFCI breakers. See: https://imagizer.imageshack.com/img923/1584/3pqfvs.jpg The remaining 1-pole breakers below the above (now subpanel to a 60A Siemens GFCI load side) would be slowly replaced with Din rail because they are individual 1-pole breakers that would only trip 1 phase with remaining 1 phase hot. But then what is the problem if I won't replace them anymore (it would take too much work and interruption of power which my elderly co-occupants won't like). Note in fuses, only one phase disconnects, so is there any serious problems if only one breaker trips (out of two 1-pole) if there is short circuit or overload?

I realized a huge mistake. In our main panel, 32 pieces of individual 1-pole breaker was used for 240v 2-pole phase to phase. See 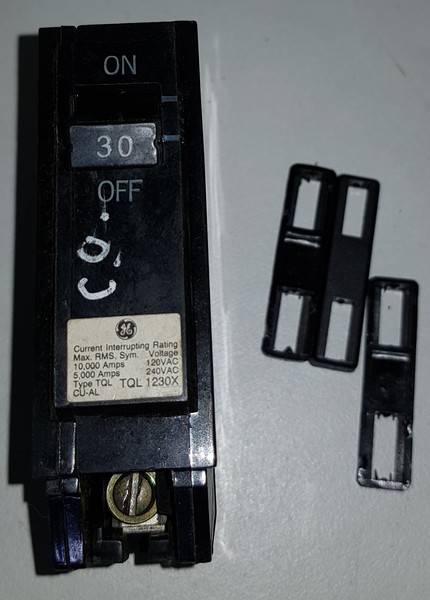 We thought the external handle can trip the other partner. But it couldn't. The internal tripping mechanism can engage even if it's in On position, the external handle can't push the other to Off. So one leg is always hot. In 2-pole breaker, there is an internal common trip. Hence I will just remove the entire plug-in bus bar & breakers and replace them with Din Rail breakers that will feed off the 60A GFCI in the Siemens main breaker. Most new condominium & houses use din rail now in the country and I don't want to buy new set of 2-pole plug in breakers to replace the 32 pcs.

Now my question. Should I use din rail enclosure inside the original panel or just the din rail breakers (like this): 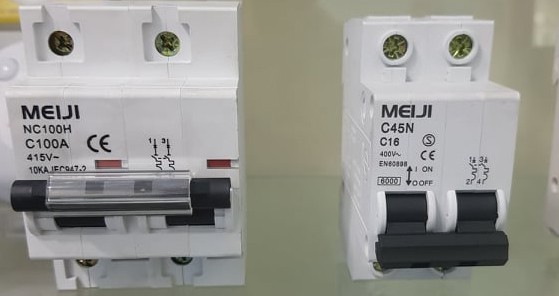 After the plug in bus bar was removed. How can I put new screw over metal that is encased in concrete. Must we drill all the way to the concrete and put screw anchor in the concrete or is there a screw that can use the metal chassis itself without digging deeper into the concrete?

I would mount the rail in the enclosure and snap them on. At industrial sites we do use din rail in motor control systems all the time having it in a metal enclosure provides another layer of safety.

Are you in the US? If so, you cannot legally use those DIN rail mounted breakers in that panel (or elsewhere for that matter). They must have an "Interrupting Capacity" (IC) rating that is equal to or greater than the available fault current at your building. Those cheap DIN rail breakers from China that you likely bought over the internet are not listed by an acceptable NRTL (Nationally Recognized Testing Lab, like UL) with an acceptable IC rating.

Besides that, how would you get power TO the DIN rail mounted breakers at all, if you don't use breakers in the panel that you have?

I would just get 2 pole breakers for the panel that you have.

3
Can I do a 125A subpanel feeder with slightly-larger-than-#3 wire?

0
Can I safely wire a generator switch to two electrical panels
0
Do I need to add a circuit breaker to the outdoor panel that powers my RV?
2
Mixing North American Panels and Breakers
0
How to compute panel bus bar stab and breaker spring clip electrical contacts area
0
What to put in 60A GFCI breakers in Subpanel?
1
How can I reconfigure my breakers to make room for a sub-panel feeder?
0
Torque screwdriver hex bit for main panel breaker, etc
2
400 amp meter base combo
0
Seeking advice on how to rearrange existing breakers and add 2 circuits, including a 20A GFCI/AFCI breaker in a split-buss GE panel