So I have a York diamond 80 furnace and the motherboard burned out so Lowe’s came and replaced it. I’ve been using the heater because it’s winter right now but the other day I accidentally hit the cool button on my thermostat and it sounded like something popped so I checked it out the wiring and realized the 3A fuse blew out. But I noticed that the thermostat wiring is different from before Lowe’s installed the new motherboard. the thermostat has (W with W) (G with G) (Y with Y) (R with RC) as it should because they never touched the thermostat but on the mother board of the furnace which is the part that Lowe’s switched out they have (W and G) jumped together and the rest of the colors match with the thermostat before they installed that motherboard I knew that W was by itself and G was by itself I don’t know why they would jump W with G together but can that cause my unit to be faulty 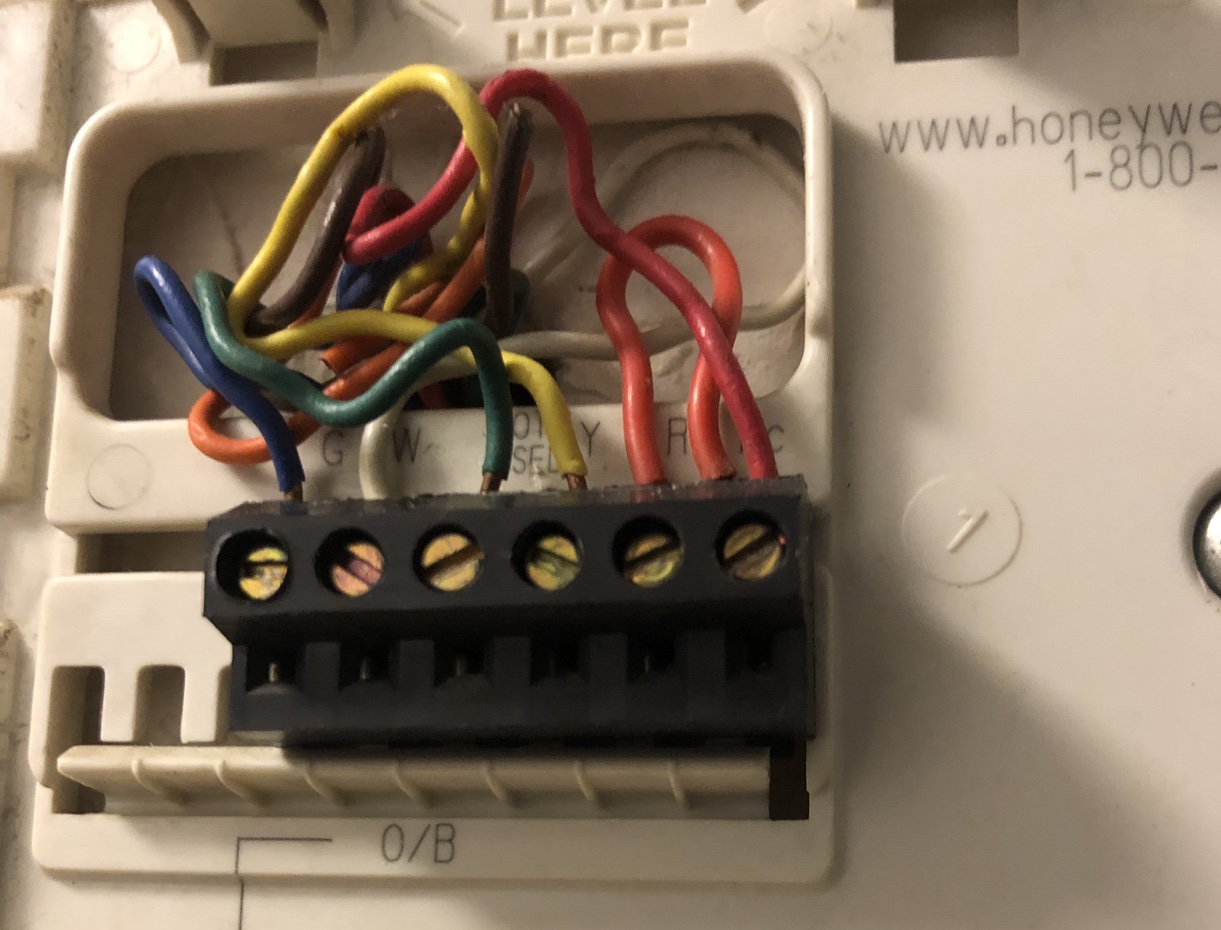 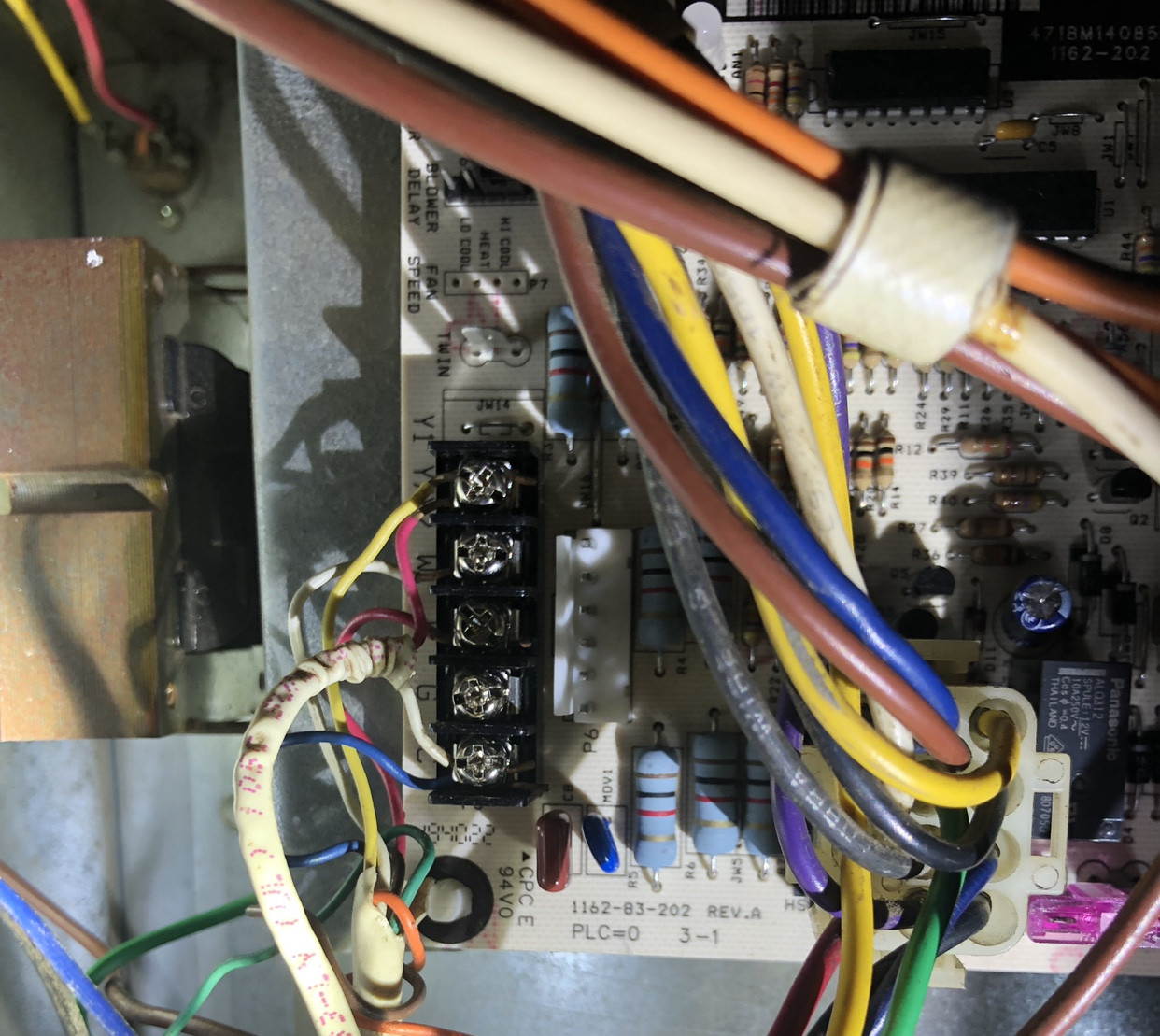 It's definitely wired wrong. You need 4 wires to your stat R to Rc and Rh or R and Rc (it's hard to tell from the picture) bottom line is all three R's go together obviously using the red. W to W using the white. G to G using the green. Y/Y2 to Y using the yellow. That's it! Get that blue one outta there. The other 2 conductor cable is for the A/C one goes to C and the other to Y/Y2

Not the answer you're looking for? Browse other questions tagged hvac heating furnace or ask your own question.

7
Why does my furnace need frequent power resets?
1
How can I figure out why the low voltage furnace fuse blows on heat but not cool?
1
New Furnace won't turn on after trying to install thermostat
0
Furnace Fuse Blows Immediately
1
Wiring for 2-stage thermostat and 2-stage furnace with single stage cooling