How do I repair this retaining wall?

I have a two-tiered retaining wall at the front of my property. I've been here for about 3 years now, and I've noticed there have been cracks forming in the mortar. I don't want to let it go too long before repairing it in case it becomes more difficult/expensive in the future.

Any recommendations for a DIY repair before I call a mason for a quote? 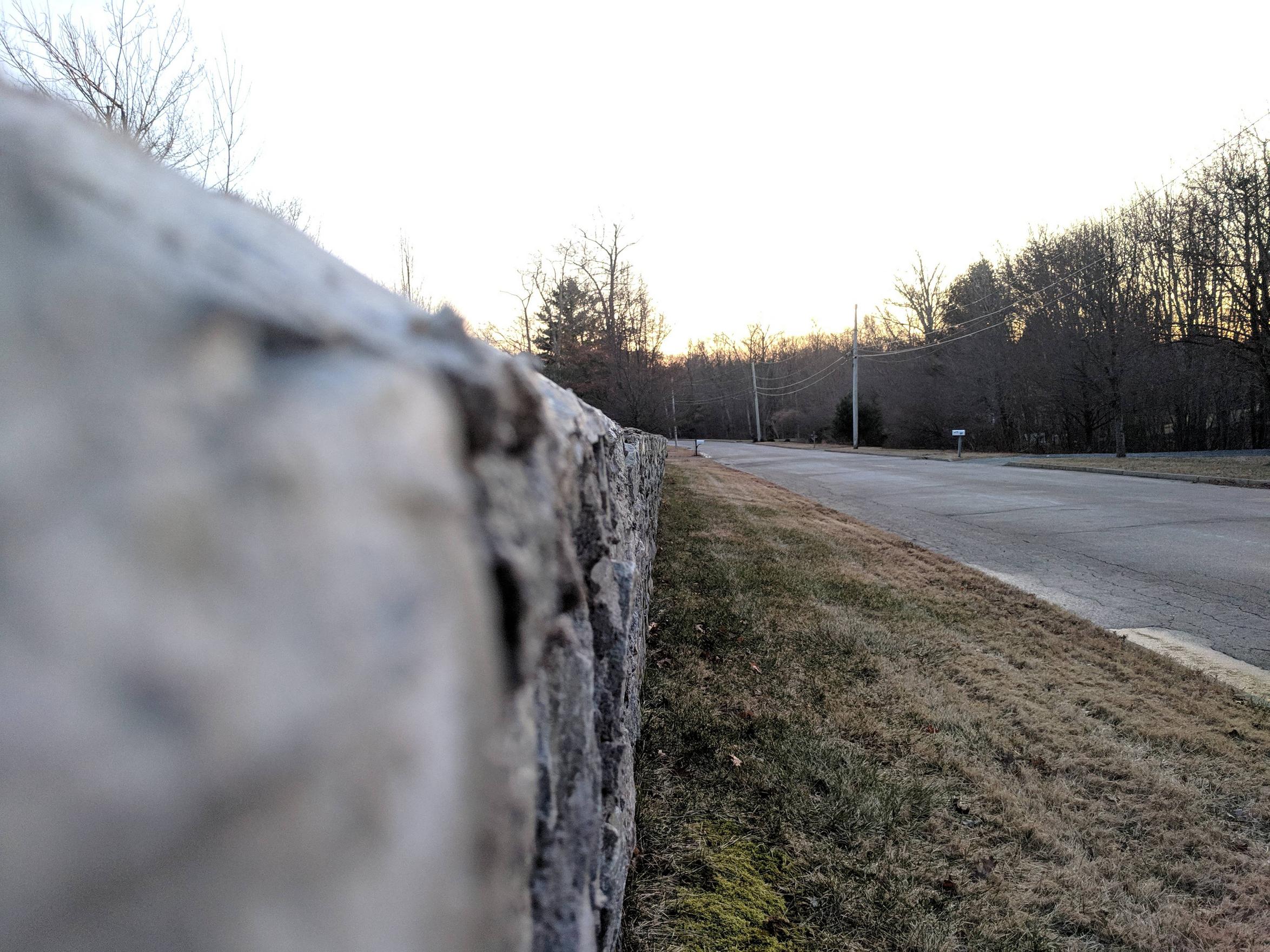 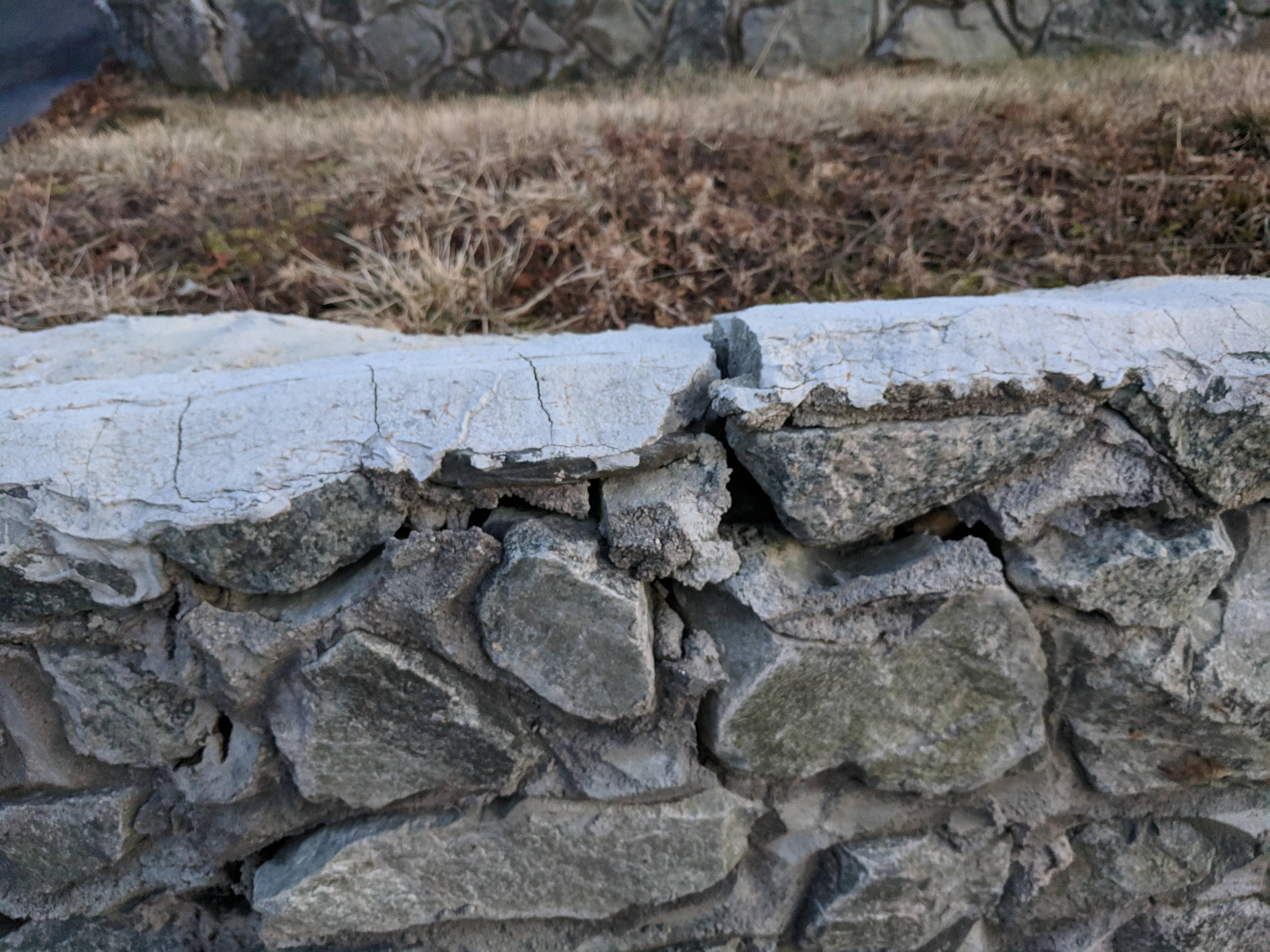 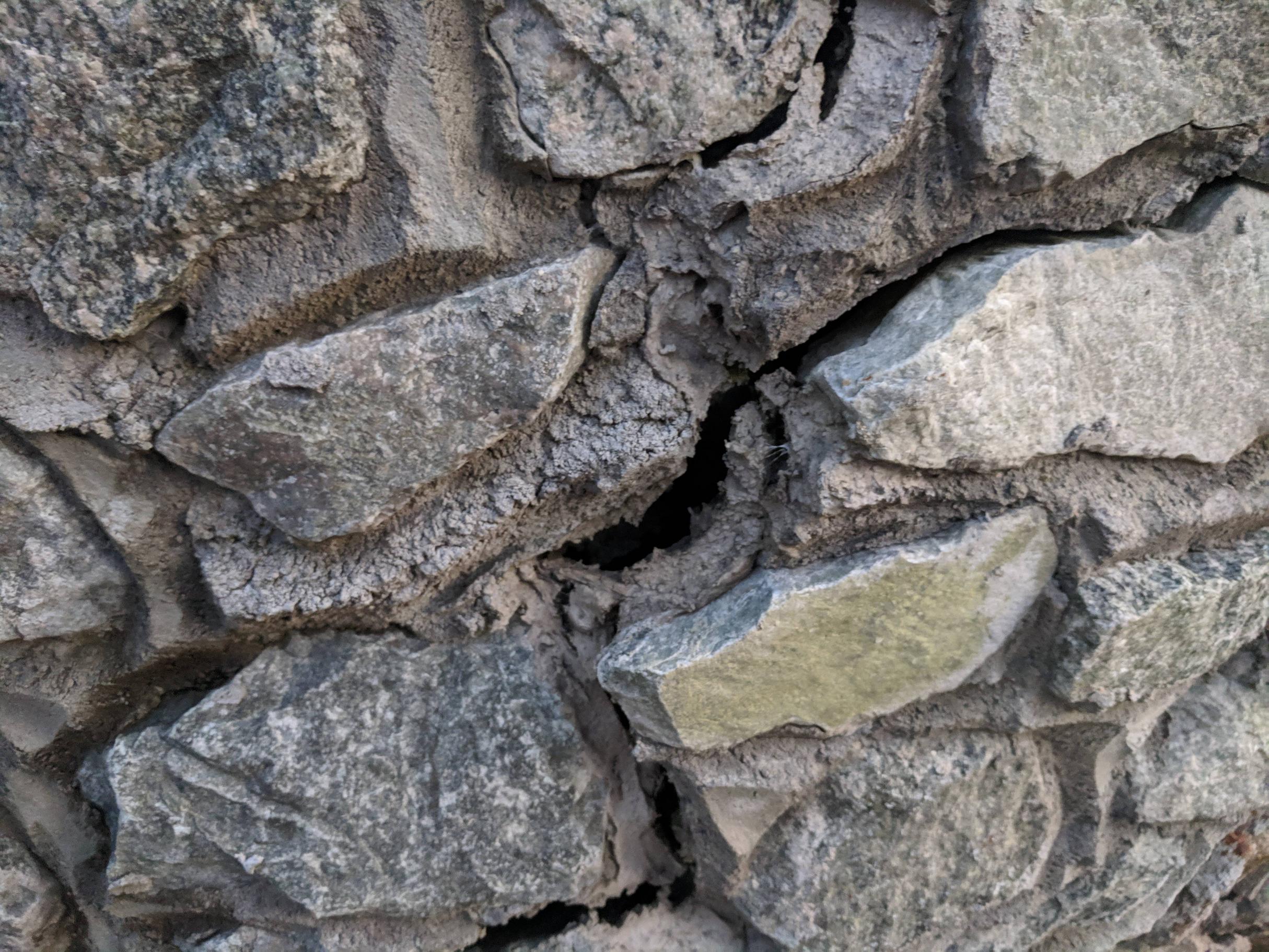 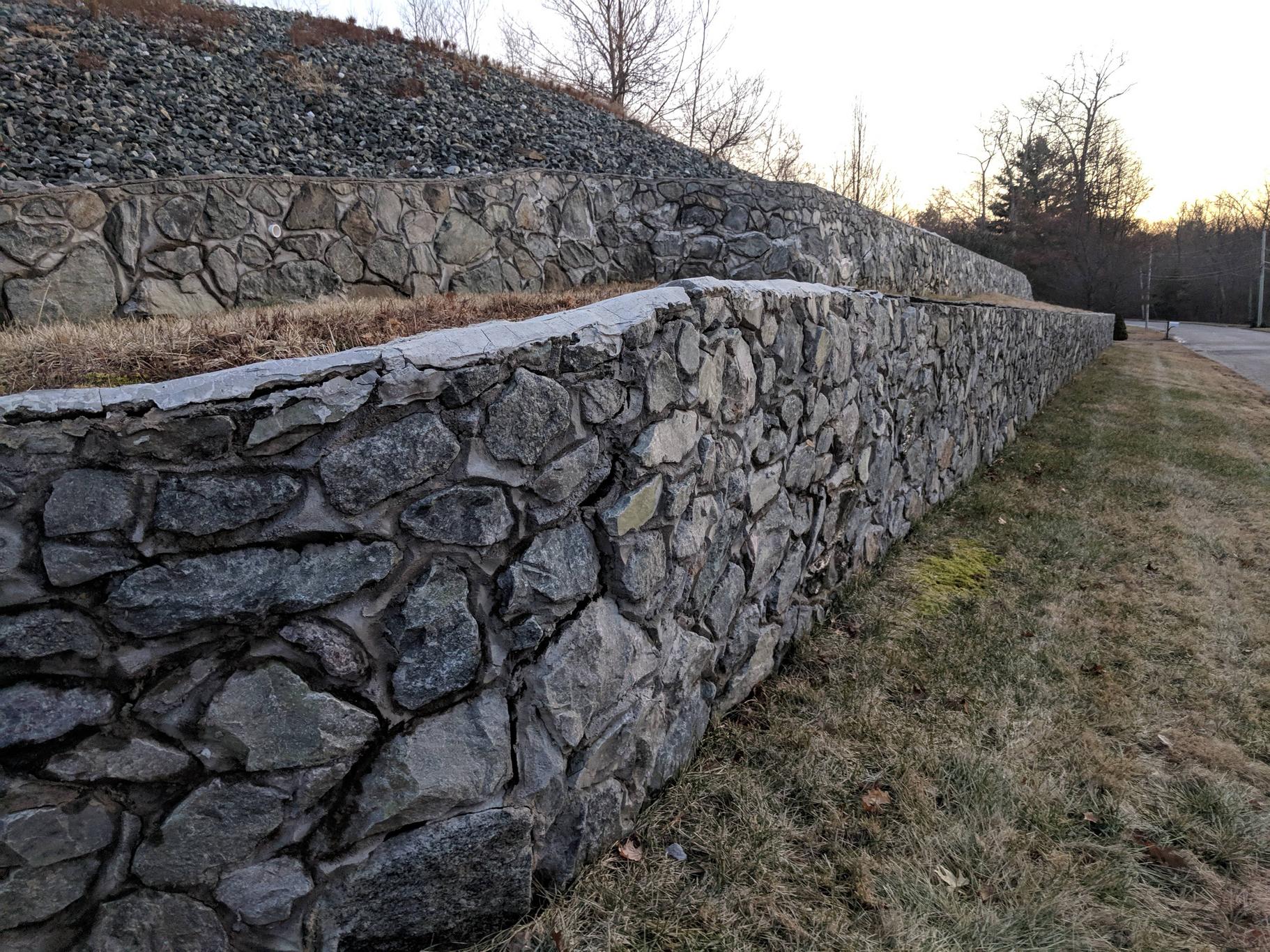 1) Settlement is caused by uneven compaction of the subsoil. This can occur immediately upon the completion of construction or settlement over time. In your case, this appears to be cause of the cracks. I doubt the crack occurred immediately, but occurred slowly over time because rocks have moved VERTICALLY from the mortar, as seen in pictures #2 and #3.

2) while the rock wall seems to tip outward, it does seem to be the cause of the cracks, because the seems to be in-line. Differential settlement will cause a portion of the wall to rotate more than another. This is not occurring here. Also, of major concern is water backed up behind a retaining wall. This will cause stress on the wall and cause it to rotate. This is not occurring here. In fact, the semi-dry-stack rock wall allows water to deep out from behind the wall.

3) Freeze/thaw effect shows up at several locations. This appears to be at one location.

4) All materials will expand and contract, depending on weather conditions. Those cracks appear vertically through the entire wall.

Often a new load will be added to the top of the wall, called: “surcharge”. I noticed in picture #4 there is a steep slope above the top tier wall. This is a heavy surcharge on the walls. Depending on when this surcharge was added, it could cause significant settlement.

Because the wall appears to be unreinforced (gravity retaining wall), and because the cracks have occurred over time, I’d remove the rocks at the cracks and reset the rocks as necessary to repair the wall for visual affect. That is to say, the wall is not failing structurally, but rather just visually.

Your greatest challenge will be getting mortar the same color as original. You can add coloring to mortar. I’d spend some time getting it just right or it will “stand out” after the repair.

Not the answer you're looking for? Browse other questions tagged masonry retaining-wall or ask your own question.