Installing a dimmer only where a light and fan switches exist 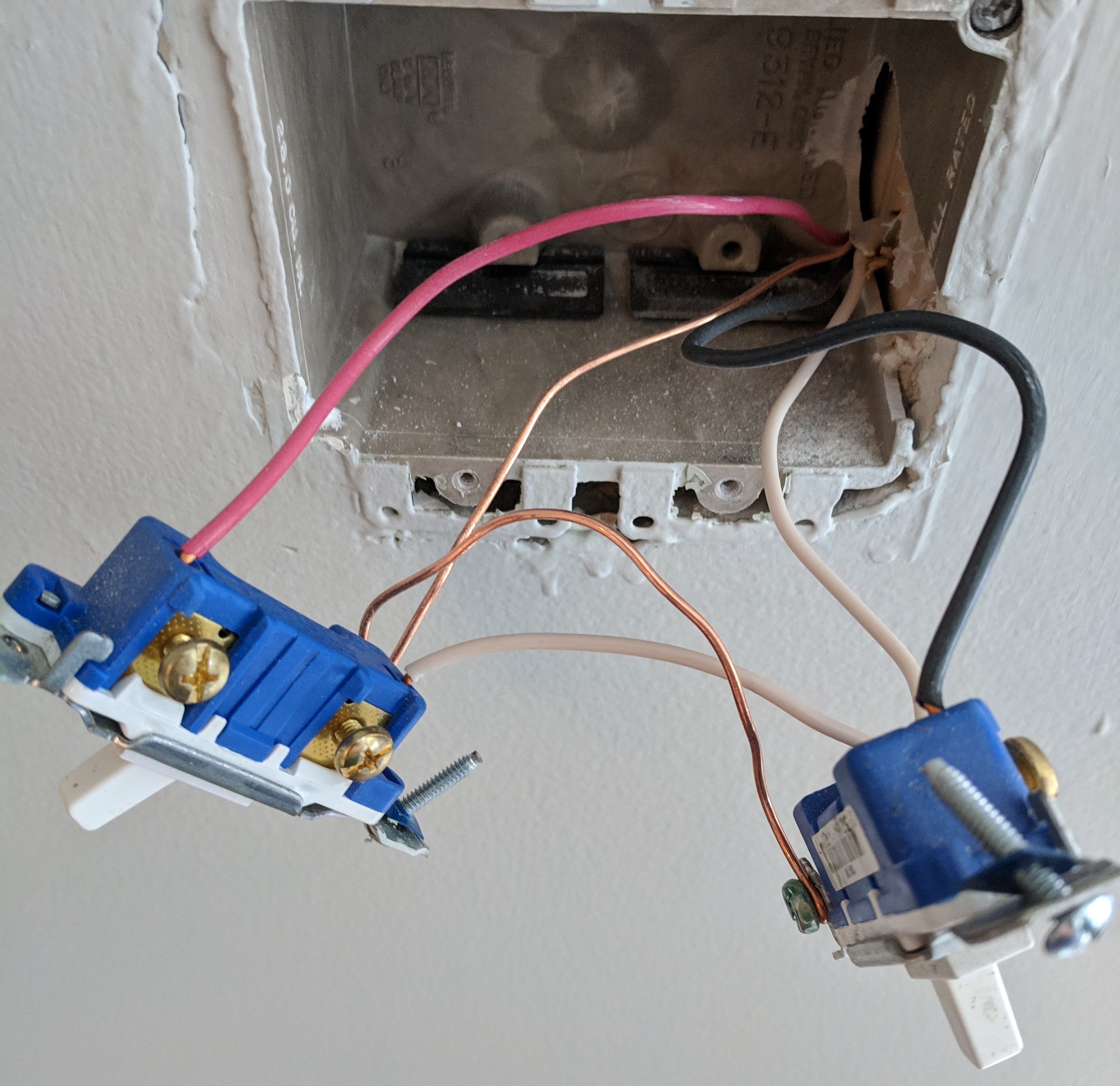 The left switch in the picture controls the light, while the right switch controls the fan. I'm looking to install a ge smart dimmer switch, while disconnecting the fan switch, but still leaving it the switch on the wall as a dud. Any recommendations on how to make it work based on the pic above?

It looks like the wire wire in your switch box, is used as always hot or switched hot. You don't have neutral in there. I bet your power comes into the ceiling fan first, then to the switches. In this case, no, you can't use the smart switch....without re-doing the wiring at the ceiling and the box. You can do it with what wires you have, but the second switch would not work properly (you plan to remove it from the circuit anyway).

You would need to switch wires in the ceiling so that "power" comes to the switch first, then switched to the fan. With the 3 wires you have, its easy to do.

You will tie all whites together in the fan (new light) box, black on the fan (new light) to red and black from circuit breaker to black to switch (nothing hooked up in the fan box to the black wires(2) except just the two, 1 hot in and 1 hot out). At the switch, you will then have neutral (white), black (hot) and red (switched hot). From there you install the smart switch white(neutral) to neutral, black(hot) to hot and red to load. Best practice then is to use a 2 gang cover that has one side as a cover(blank).

1
Newly installed ceiling fan, lights turn on and off on it's own - dimmer switch, breaker or light bulbs causing issue?
4
Dimmer switch not turning on light until at 50%?
0
Ceiling Fan Light Only Works when Fan is On
2
Help with wiring new dimmer switches
2
Trying to install a dimmer switch for my light attached to my ceiling fan
2
Wiring Z-wave Dimmer switch into 2-gang switch setup
2
Installing sensor dimmer to replace bathroom light switch beside fan switch
0
What kind of dimmer switch and ceiling fan are needed to correctly wire and control a ceiling fan?
0
Still looking for a 3-way dimmer switch that matches my existing light switches