What to put in 60A GFCI breakers in Subpanel?

Detail. I was asking what to put in 60A GFCI breaker in subpanel in case I'd need to swap the 30A to the bath heaters and 60A to other loads. Here is an idea (Harper and others familiar with my setup).

My purely 240v main panel has this remaining loads (all are 30A breakers and all using AWG 10 even to the lights): 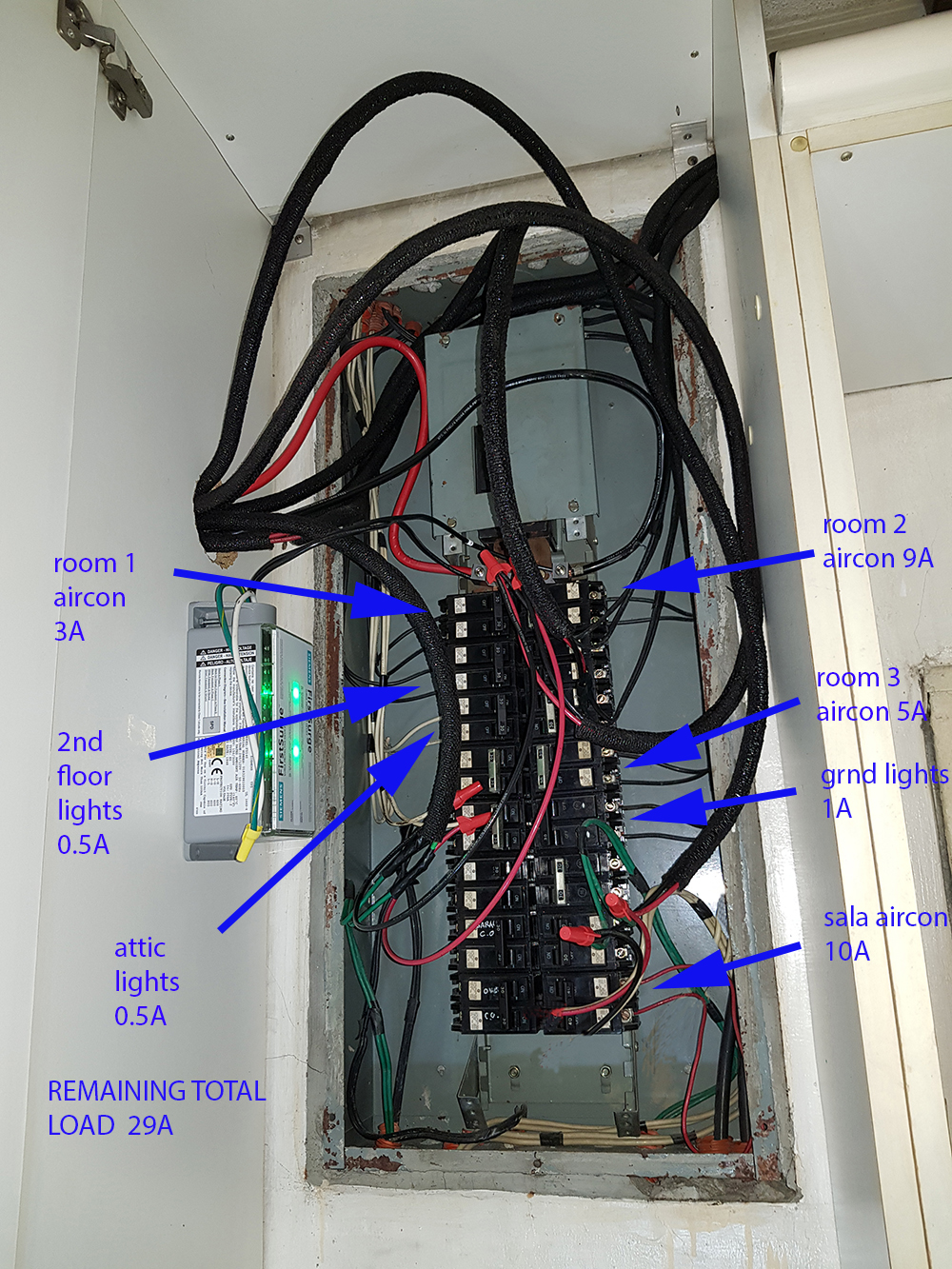 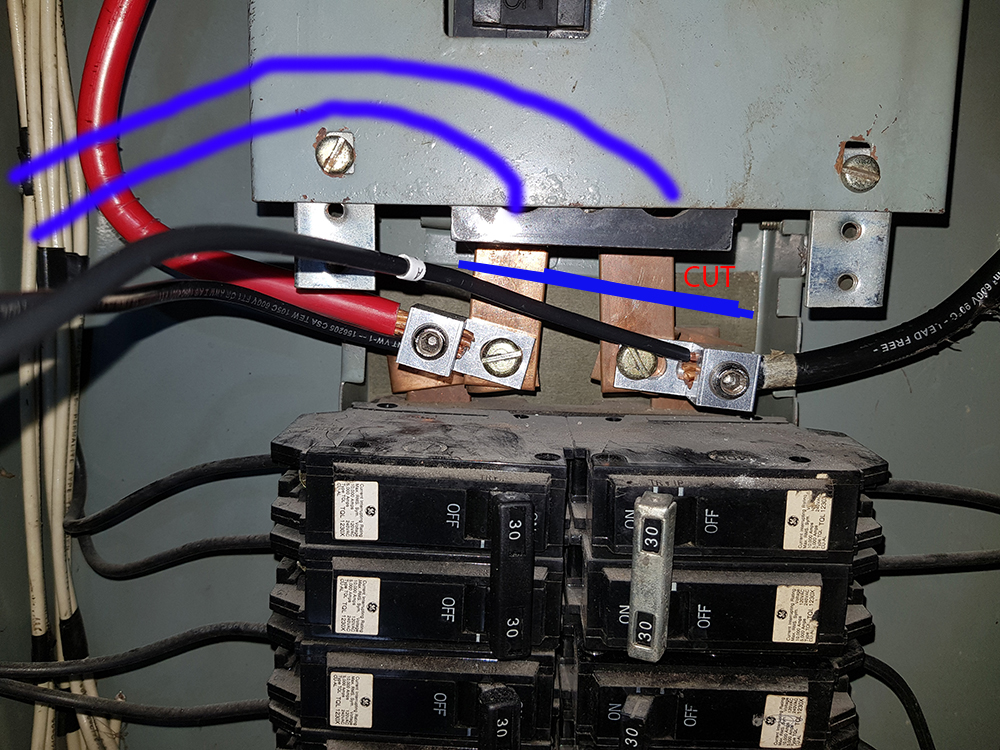 So it's like the subpanel and main panel become swapped. And the original main panel would now be the output of 60A of this original subpanel: 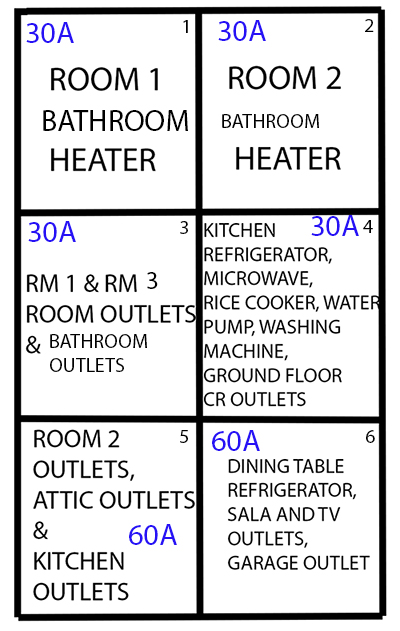 I'd use 60A GFCI breaker number 5. This can totally eliminate all the wire nuts in the original panel above which is due to 3 circuits joined into one breaker. I'd put them in original breaker.

But big question. Can the 60A GFCI breaker have the following loads (the remaining original panel loads and the ones in GFCI breaker 5 to be transferred and added to the loads)?

total load is 35A that will use the 60A GFCI breaker output. Again each wiring is AWG 10 and each non GFCI breaker in original panel is 30A.

Will this work? This way the aircons are each in their original 30A breaker.

Last year I bought 6 GFCI breakers. 2 pcs are 60A, 4 pcs are 30A. I initially bought the 60A at amazon because it is the cheapest. I wasn't thinking then about the wire and breaker matching then as I didn't know about it yet. 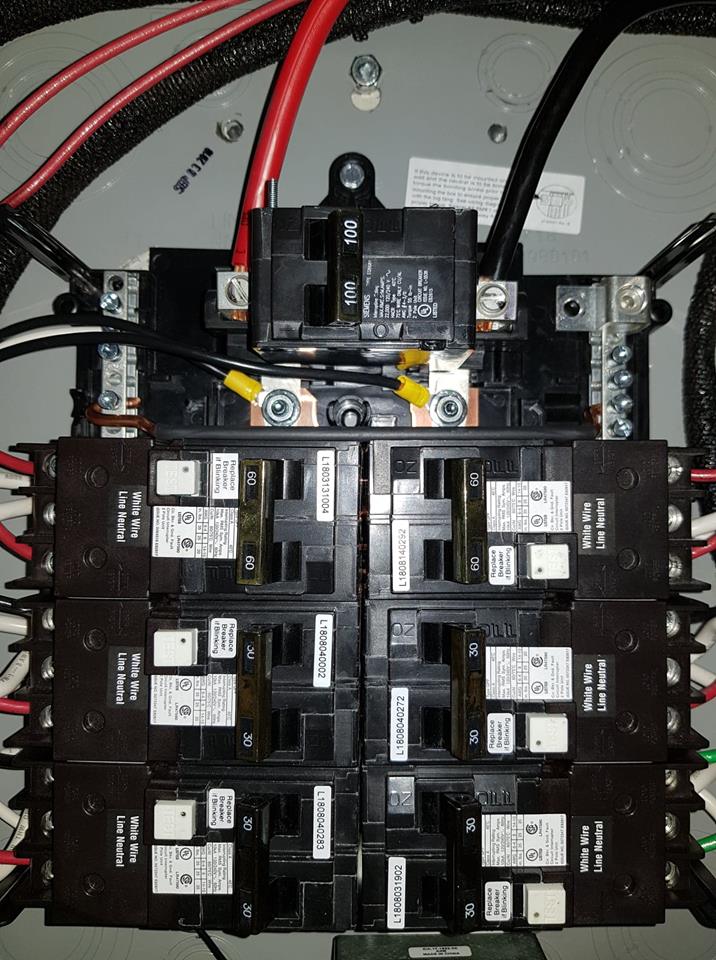 These are my exact loads presently running. I turned off all the breakers because I just put the 100A main breaker. 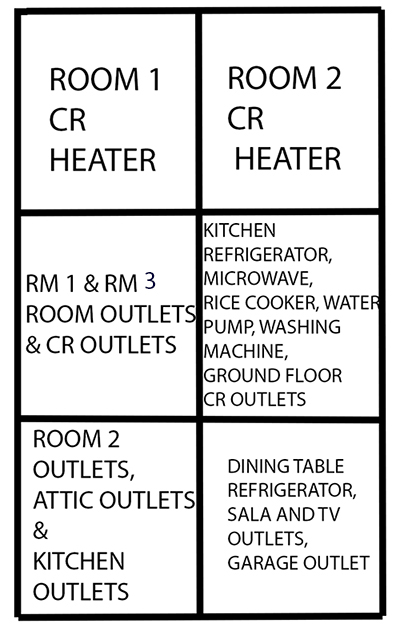 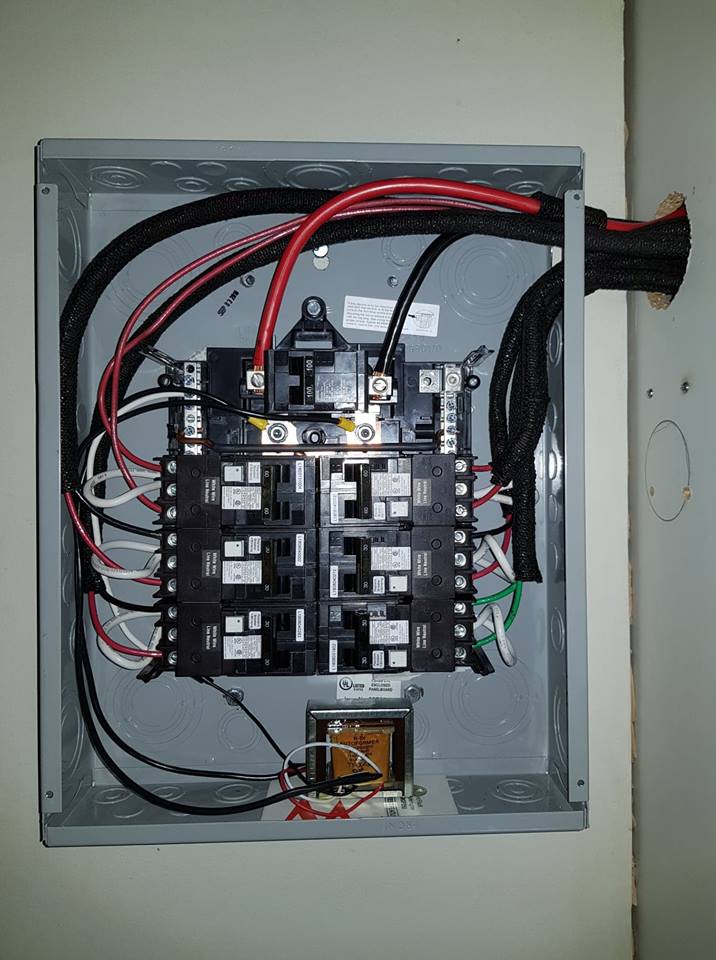 I'm presently using each 60A breaker for 6000W bath heater (I have 2 heaters, each connected separately to 60A breaker as shown in the actual breaker pics). I know 6000W/240v= 25A. Wire used for all are AWG 10. My question. Someone told me I must use 30A for the 25A heater. But even if you have a single TV say 1A, you still use 10A breaker in the house for that single load. So how come I can't use the 25A bath heater in the 60A ampere when it's the only load? I mean, the wiring to the 60A won't overload because the only load is the 25A bath heater and nothing else put on that 60A breaker. At least it should trip if there is a short in the heater. But the AWG 10 which has capacity of 30A to 35A won't melt at all because the only load is 25A heater. So why can't you use it on the 60A breaker? NEC may not allow it. But what is the logical and technical reasoning for it?

Also in case I'll swap the 30A for the heater. What would I put in the 60A GFCI breakers then, the TV or fridges? All the other 4 loads are just low enough that even when I combined many appliances in one breaker. It won't exceed 10A in the rest of the 4 30A GFCI breakers in above label pic.

The problem is the breaker needs to protect both the loads and the wires. There are (at least) 3 different ways your 25A heater could fail, requiring a breaker trip:

If we only built for circuits working the way they're supposed to, we wouldn't need any of this stuff.

The purpose of breakering 10AWG at 30A is to ensure that misconfiguration or malfunction doesn't pull, say, 55A over that wire and overheat it. As an aside, it also protects the house from whatever happens inside the equipment when it pulls 55A instead of 24A.

I would re-task the 60A breakers to feed other subpanels. They're a bit large to use for small appliance branch circuits.

Circuit breakers are designed to be the weakest link in the circuit. They have the ability to disconnect themselves in the event of a malfunction like a short circuit, ground fault or an overload. You do not want the wires (or your appliances) to be the weakest link in the system; they would overheat and melt, hidden inside a wall, potentially causing a fire. Additionally, appliances and devices you've outlined in your notes should not be powered with branch circuits rated any more than 15 Amps. Here in Canada residential lights, for example, are not to be powered by circuits rated at more than 15 Amps. And certain other loads, like refrigerators, are required to be supplied by their own dedicated branch circuit, sharing that load with nothing else.

1
Breakers protect wires.. doesn't 83% derating violate it?
0
Connecting AWG 1 Wires
0
What is the type & size or part-number of this breaker terminal allen screw?

1
Loads for sub panels from 150A split-bus main panel
0
Does the subpanel feeder need to match the main breaker size?
3
Can I do a 125A subpanel feeder with slightly-larger-than-#3 wire?
1
PV inverter breaker sizing requirements
0
Seeking advice on how to rearrange existing breakers and add 2 circuits, including a 20A GFCI/AFCI breaker in a split-bus GE panel
1
What size subpanel breaker do I need?