Why doesn't my furnace start? 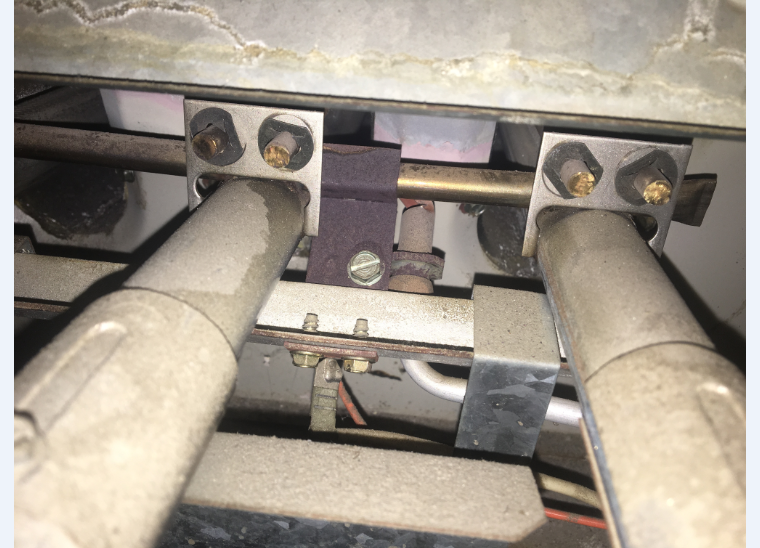 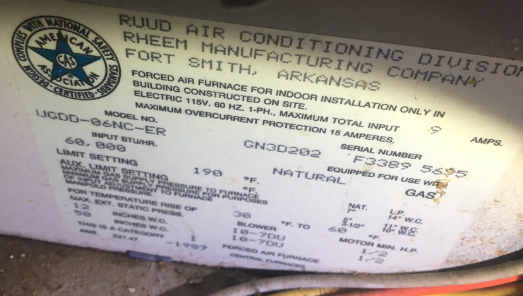 And wasn't quite sure what the answer was referring to that I had to clean.

Any help would be wonderful.

It helps to have an understanding of how the gas control works. The gas control valve operates a solenoid-operated valve that delivers gas to the burners when your thermostat calls for heat.

In my ~35 years with a furnace similar to yours (it was replaced about 8 years ago with an electronic ignition furnace), I occasionally found that either:

The pilot light's orifice can be removed and cleaned.

The thermocouple's bulb can also be removed and cleaned. I typically used a bit of bronze wool (I hate steel wool!).

As to the clicking sound that you report, I don't know what that might be. Perhaps it's the solenoid in the gas control valve attempting to open gas flow to the burners, but it's prohibited from doing so by the thermocouple's failure to sense a burning pilot.

Note that the tube from the thermocouple does not contain any gas or electrical signal. It functions on the basis of heat at the thermocouple's bulb causing the inert gas inside the tube to expand. 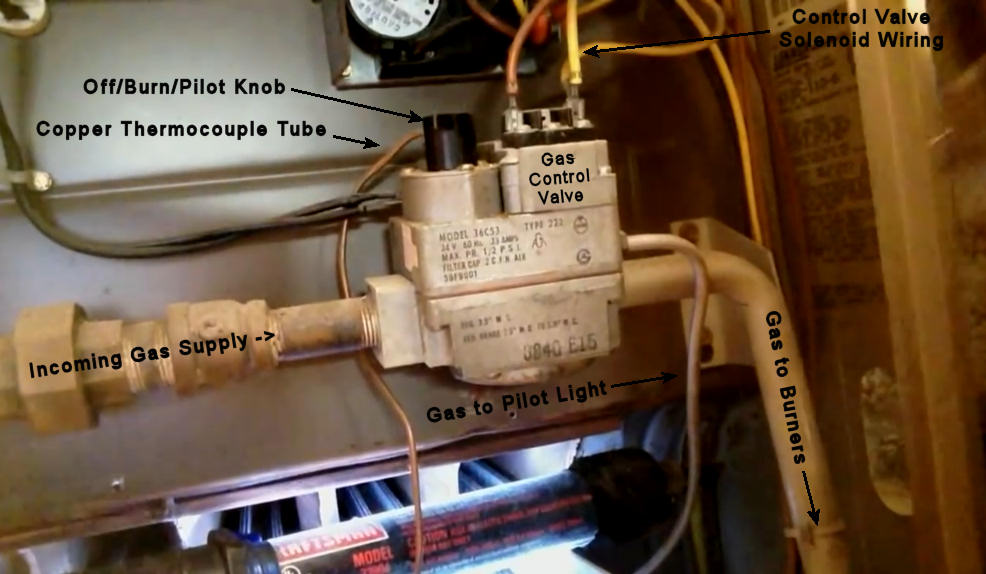 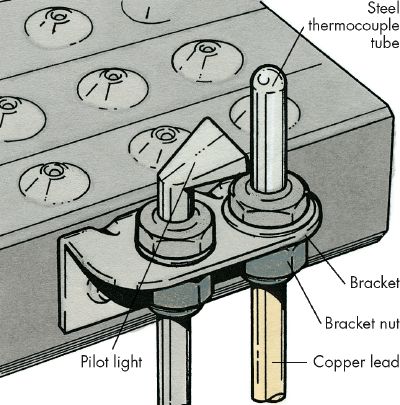 Not the answer you're looking for? Browse other questions tagged furnace natural-gas pilot-light or ask your own question.

2
Why isn't the spark gap lighting the pilot on my furnace?
0
lennox furnace not working pilot light on but burner doesn't start
3
Why does my gas water heater's pilot light go out when I replace the outer door?
0
gas furnace pilot light is lit,,won't produce heat, making a clicking sound,,,
0
question about a gas furnace having to light repeatedly
2
Can condensing furnace experience too much condensate and cause repeated short cycles?
1
Gas furnace control board issues: main burners never start; sparks never stop w/o flame sensor