My new pool pump has a high PSI and bubbles are in the water. How can I repair it?

I recently had someone resurface my pool. During the resurfacing, they noted that the skimmer was not holding pressure per their test (long story short, these guys weren't 100% reliable and wanted a 3rd party's opinion).

After filling up the pool, the old pool pump (discontinued model) wouldn't prime. I installed a Hayward Super Pump and attached CPVC/PVC valves around it. Initially, it was observed that the PSI gauge would shoot and float to around 30 PSI and there were some bubbles coming out of the jets. The skimmer seemed to have an extremely small amount of suction alongside the pool jets to the point where it was unnoticeable to most. Water was still flowing through the pump though.

I've already run an in-scent test around the outer piping to identify if any air was being leaked into the pool without anything being obvious. I also shut off multiple paths via the diverters to see if anything caused the pressure to stabilize. Sometimes there were minor 5 PSI fluctuations. For the most part, the PSI remained at 25-30.

My biggest fear is that I have an underground piping leak causing air to get into the system. My theory is there's a leak between the pool suction and the pool pump.

Any guidance to an assisted answer or anything I can try would be helpful. I did already try to blow out the lines with a shop vacuum to check if there was any debris blocking the water flow. It seems that the air went through the pipes just find and shot the water up wherever appropriate. 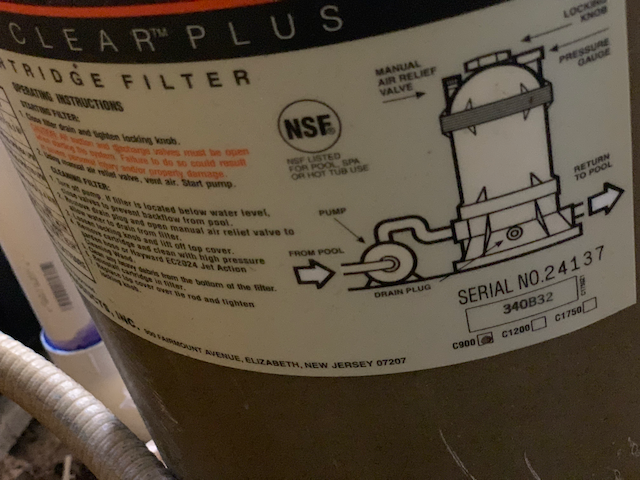 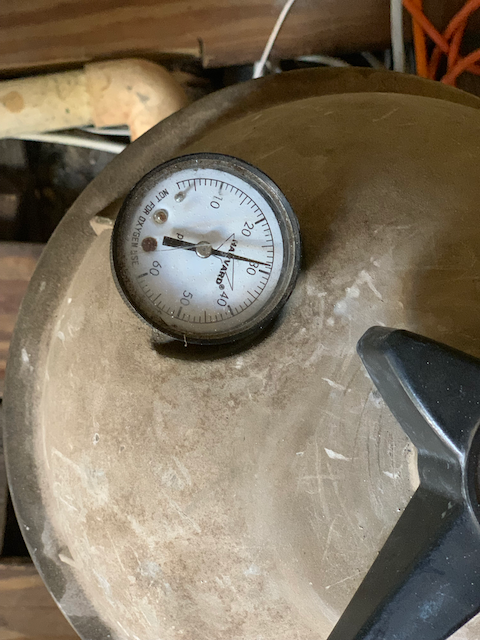 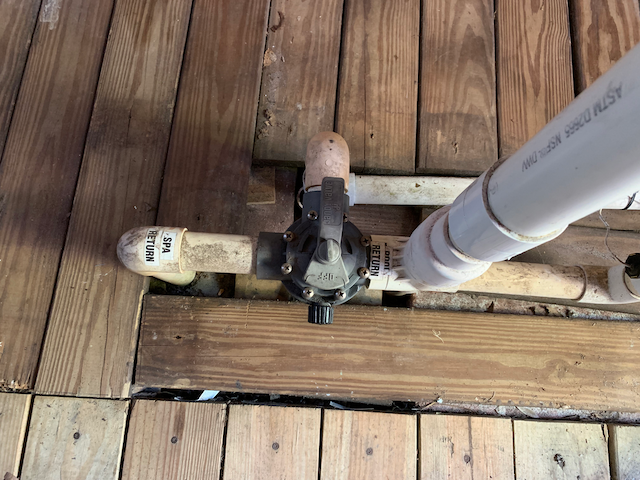 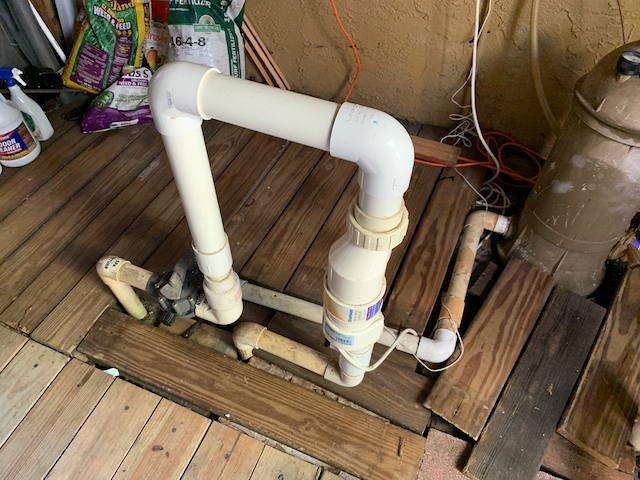 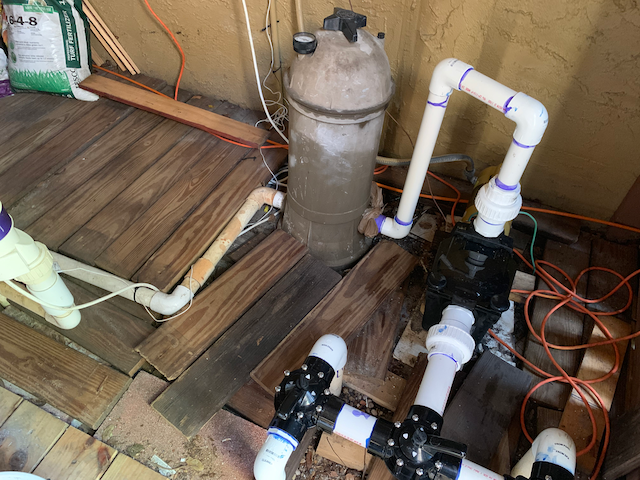 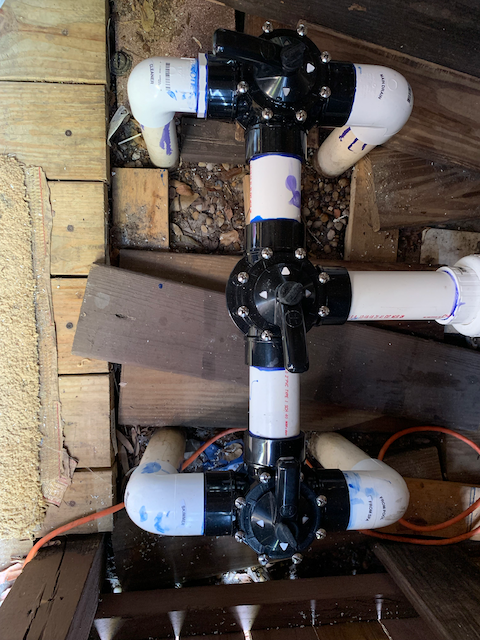 2 hp is WAY too big for that system. That looks like a 90 sq ft cartridge filter (C-900) which can handle up to 90 GPM when clean but that is extreme. 25-30 PSI is probably not out of the "normal" range for 2 hp. You don't say how many gallons the pool is but that should determine the size of the pump. You get far more efficiency and better filtration with a slower flow. General rule of thumb is smaller pump, larger filter. More power is not good when talking about pool pumps. In addition, it looks like your piping is 1 1/2" PVC. You can only force so much water thru that small of a pipe. Think of trying to blow a mouthful of water thru a soda straw. You will encounter pretty substantial resistance. That's a small version of your pool pump...that resistance, called "head pressure" or "friction loss" converts to PSI at the pressure gauge.

The real solution is to downsize the pump. If you don't want to spend the money since this one is new, you can refit it with a smaller impeller, maybe a 1 hp impeller. For a Super Pump (with the square lid) that would be SPX2607C. If it's a round lid, then it's a Super II and would call for an SPX3007C.

PS Air in the system generally lowers pressure, not raises it.

When removing the filter from the pool pump, the air bubbles disappeared leading me to believe that the water flow was either too heavy for the filter, or the the filter was blocking the flow in general (or the filter is getting air inside).

I use two Hayward Super pumps. They are incredibly powerful and can suck air into the system where that old pump probably wouldn't. Make sure the two screws on the lid are extra tight. I would even use some Swan grease or other lube to help seal that area. Checking and resealing every point on that sand filter would be a good idea. For instance, why is there a plastic bag wrapped around the inlet side of your sand filter? Is there a leak there? A leaking gasket in the filter can also allow air to enter the system. If it's been a while since the "O" ring or gasket has been changed, it might be time to change that out. Check the bleeder valve also. Leaks happen there a lot. Make sure the water level in the pool is at least 1/2"-3/4" above the skimmer inlet.

Not the answer you're looking for? Browse other questions tagged plumbing leak pool pump air-leaks or ask your own question.

2
How long should I run my pool filter per day?
3
Massive Pool Leak
0
Return jet not working in pool
1
Pressure tank rusts, leak, and draw down questions
1
Leaking pool in Georgia - Let it leak through the winter and fix in spring?
0
Brand new shallow well jet pump, noisy and slow
3
How can I locate an inground pool leak?
0
Can I use dedicated pool heat pump for heating water in the house?