I've just moved into a new (Australian) house, and I've been checking the outlets with this. 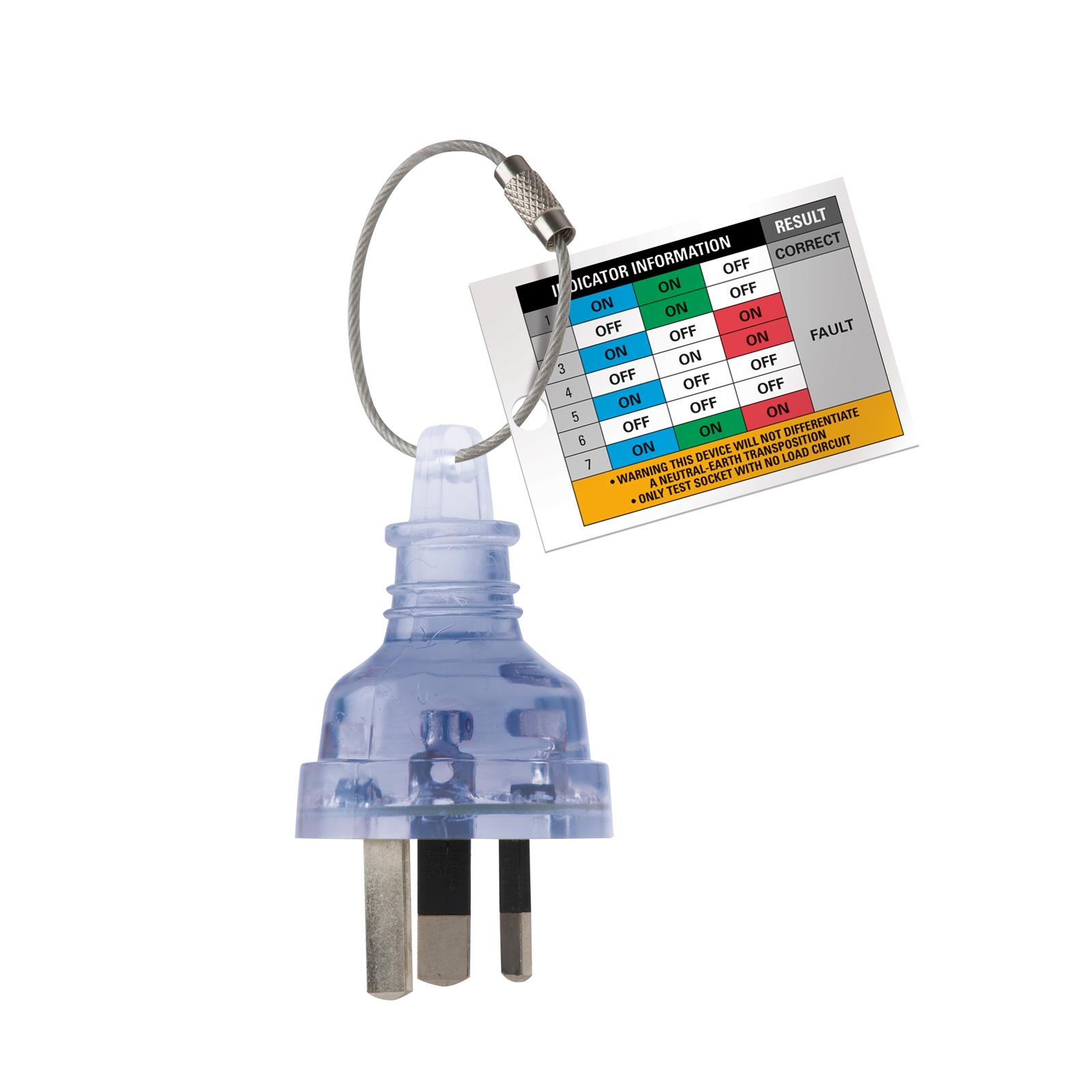 On one of the outlets all three of the lamps go on when the outlet is switched off. When you switch the outlet on, the blue lamp goes off. As you can see from the card, it's not useful for telling me what's going on.

Can anyone tell me what this means, and how concerned I should be? I assume it's been like that for the 20 years that the previous occupants resided here, and they're all still alive.

The live and neutral are probably reversed.

Googled images of testers and found this.

The red in the image is also red on your card. 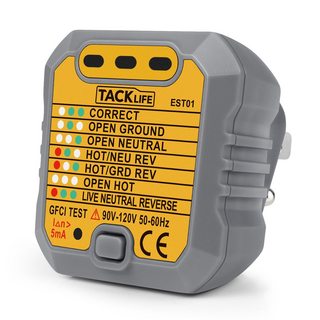 Sounds like they have both swapped hot and neutral, and they are switching neutral. This is probably one mistake, made in the switch area.

The device has a useful feature: it deliberately doesn't try to explain the meaning of every color combination. That's because there can be several reasons for any of them. And as such, anything they say is likely to be balderdash and more misleading than helpful. This drives us crazy with the similar tool in North America; some of us call it the "magic 8-ball" tester because their explanations of the cause are so laughably wrong, and waste a lot of time.

On safety, raises hands yeah, you got us. The system is overbuilt so it takes more than one simple failure to create a hazardous condition. All this stuff is redundant. Fuses, your system will work without em. Grounds -- well, you need them on that circuit, but not normally. Yeah, so shortcut away. What could possibly go wrong?

1
Why is my outlet voltage abnormal?
8
Wall Outlet with three sets of wires!
5
Outlet w/3 neutrals, 3 hots, 1 ground?
1
Converting from NEMA 14-50 or 10-30 outlet to a NEMA 6-15 outlet?
0
Can I connect a Lutron Caseta switch to a half hot outlet?
0
3-way switch and top only hot outlet troubleshooting
3
Is this outlet wired to a switch correctly?
1
negligable voltage at receptacle
0
What's going on with this switched outlet wiring in the middle of a run?