I'm working with an older fixture and most of the pipes are fused which has made it unwieldy. I'm a novice at plumbing as well.

I've attached a picture of the faucet plumbing. Valves still work fine so I'm not touching those, but the spout portion had an elbow and nipple attached that were horribly corroded and fused, so I had to cut it off of the nipple in the center (hanging down). This took off part of that nipple's threading but not all of it, about half is left, it's galvanized steel as far as I can tell.

How should I attach a new elbow and nipple to this piece? Since the nipple is tapered (I think) I can't just buy a new steel elbow and screw it on, but I'm not sure. I've looked into the possibility of using a dielectric union to attach to it and then use a copper piece to run out to the tub, is that feasible?

I'm short on ideas but I know there are a ton of solutions in the plumbing space I'm not aware of. Thanks for any help. 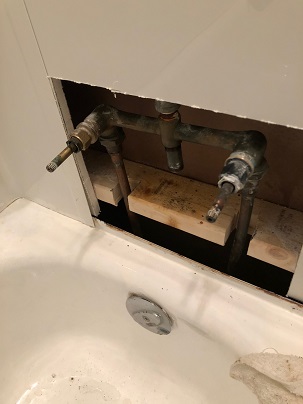 You should remove that piece you cut (hanging down) with a pipe wrench. Be sure to hold the piping going up to the shower so you don't break anything else loose or in half. Then you can take two pre-threaded brass pipes and a brass elbow (use thread paste) to create the "L" for your tub spout. You can buy those parts at most building supply stores. The straight pipes come pre-cut and threaded and are in several different lengths to suit your needs. 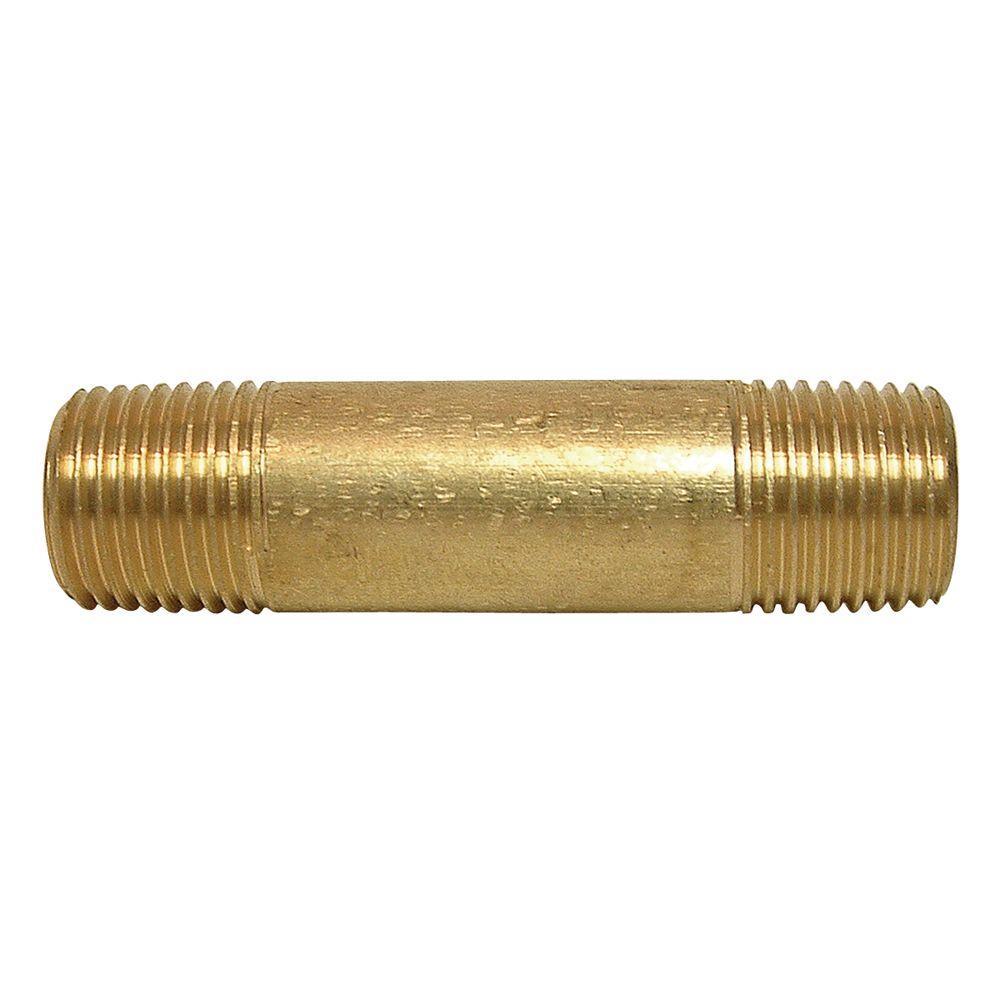 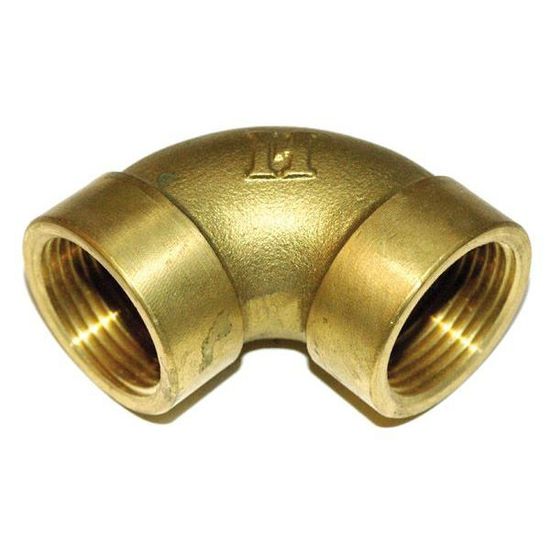 Probably not worth the trouble. I would remove the entire faucet and start fresh. I see there is some galvanized iron pipe forming part of your shower riser. Unless you have dielectric unions seperating the copper from the iron you will have never-ending corrosion and internal rust build-up inside your pipes, eventually clogging them completely. Chances are the faucet itself may already be clogged with rust from corrosion, another reason to start with a new faucet set. And using a pipe wrench to remove remnants of that cut piece of iron pipe could put too much torque pressure on those two 1/2" copper supply pipes. You dont want those to snap! Find the shut-offs before you start anything. If you cant find them or if there aren't any then go to the basement and familiarize yourself with the water main shut-off to the house.

1
Do they make 1.5/1.5/2 combo wye (and is that what I need)
1
Going from a PVC Sched 40 1-1/2" PIPE to a 1/2" Poly Combination Elbow
2
Pipe length confusions when replacing tub/shower diverter
2
How can I disconnect this brass fitting on my kitchen faucet?
0
Tub faucet handle will not come off
2
How to block/seal a low pressure water pipe?
1
Slip Joint Reducer Washer too thick / Nut too thin
5
How do I connect my sink to the drain in the wall?
0
Bronze Hose Bibb with Galvanized Pipe