What size screws and spacer should I use for installing shelves on tiles?

I need help confirming what size of screws, spacer and drillbit to use for installation of a shelf in my kitchen. Some specifics:

I have tested the drillbit on a test piece of tile and am comfortable with the technique (ie, placing tape in an X) and the feel of the drillbit on the tile. My questions pertain to choosing the correct bracket, screws and spacers to ensure that the whole thing doesn't come crumbling down at some point.

Any other tips / suggestions please?

Perhaps more important than the size of the screws (or other fasteners) is what they actually grasp. With any significant load, a screw will not hold by itself in tile or plaster. The tile will chip and the plaster will crumble.

One possibility is to use an anchor through the tile and plaster that expands laterally. There are several types (plastic, metal, etc.), but these are also generally used for lighter loads that are close to the wall, not a shelf that sits on brackets that act like levers, tending to pull them through the wall: 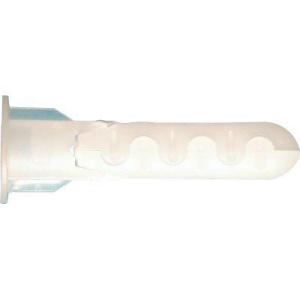 If your plaster is attached directly to masonry, there is an expanding anchor that is meant for that: 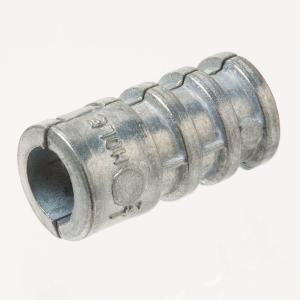 It must be placed in the masonry, not the plaster.

If there is a hollow space behind the plaster, a third type of anchor that mushrooms behind the surface could be used: 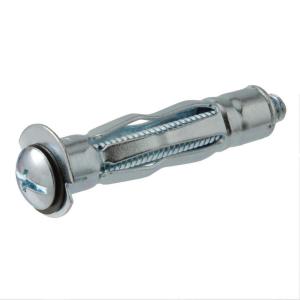 A fourth kind is a toggle that is inserted folded, but then opens behind the surface of the plaster and its fastening: 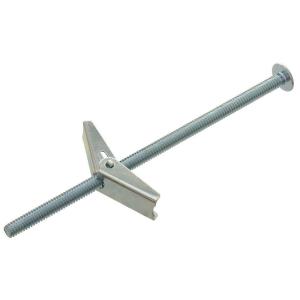 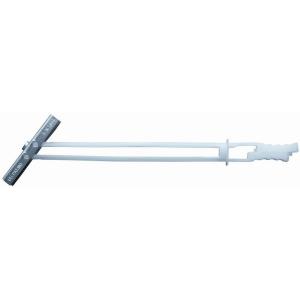 If the wall behind the plaster is hollow, this may be the best type of fastener.

If there are studs behind the plaster, the strongest fastening is to align the brackets with the studs and go through both the backsplash, plaster and finally into the studs with wood screws (wooden studs) or screws designed for metal studs.

Not the answer you're looking for? Browse other questions tagged tile drill fastener or ask your own question.