What is this construction material under my drywall?

I'm trying to understand the construction of a wall in my basement in order to determine how best to attach French cleat hangers to it. The studs I have been able to find with my stud finder have appeared to be irregular distances apart (anywhere from 6" to 26") so I suspected something unusual was behind the drywall.

Taking off a section of drywall revealed this. It is some kind of fairly crumbly 1/2" thick cement board over what appears to be plywood. The hole in the lower right was already there when I took the drywall off, though I enlarged it a bit to expose the plywood behind.

My first question is: what is this material?

Second: it clearly has no structural value given how crumbly it is (I can break off pieces with my finger), so there must be studs behind it. I think it is playing tricks on my stud finder. Any suggestions for locating the studs beyond drilling a bunch of holes? 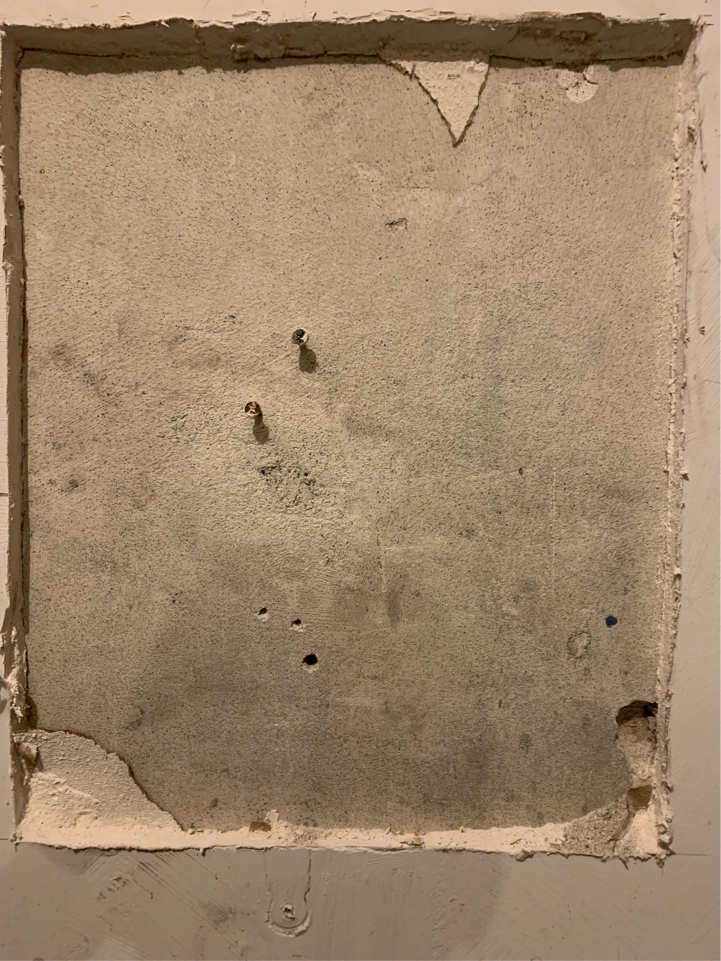 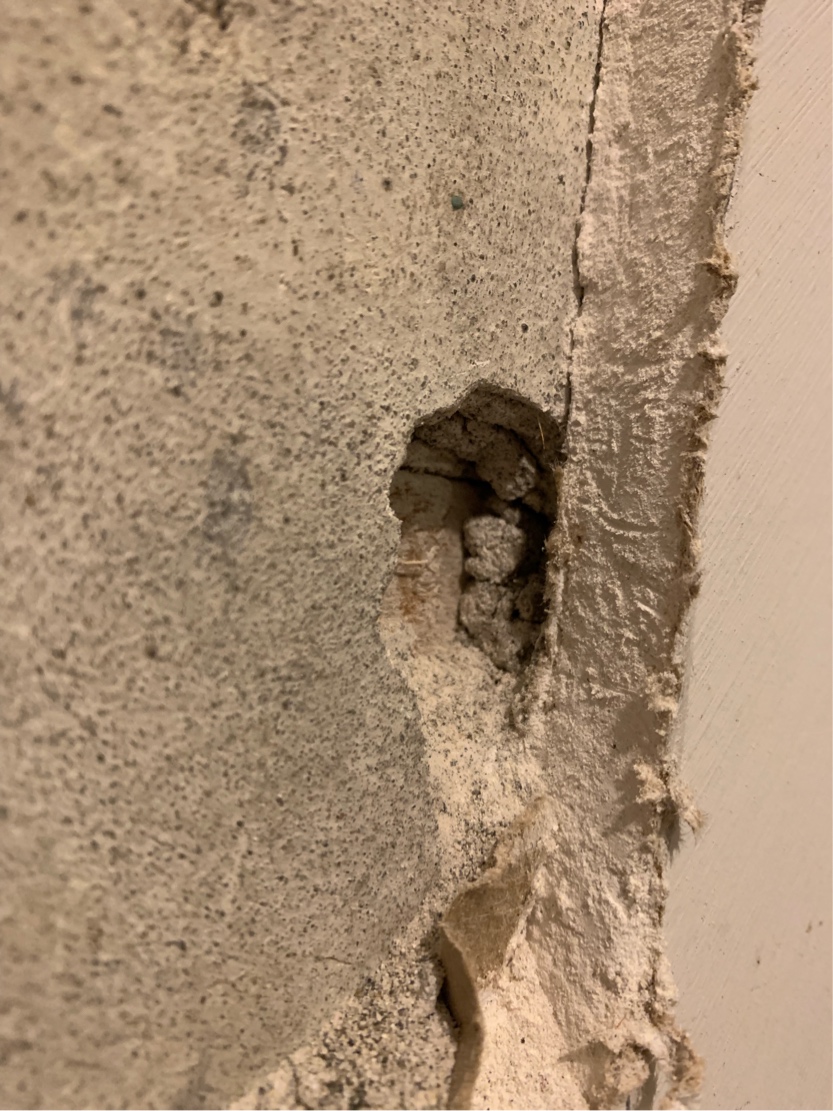 EDIT: I was able to look at a different part of the wall via the access panel for our water shut-off valve. I think I was mistaken, and this is actually a layer of plaster with the old lath and plaster behind it. As you can see, in this section of the basement a new stud wall was put up in front of the lath and plaster. It appears in the original photo that the drywall has been attached directly to the plaster on top of the old wall. Is this going to cause me problems in the future? 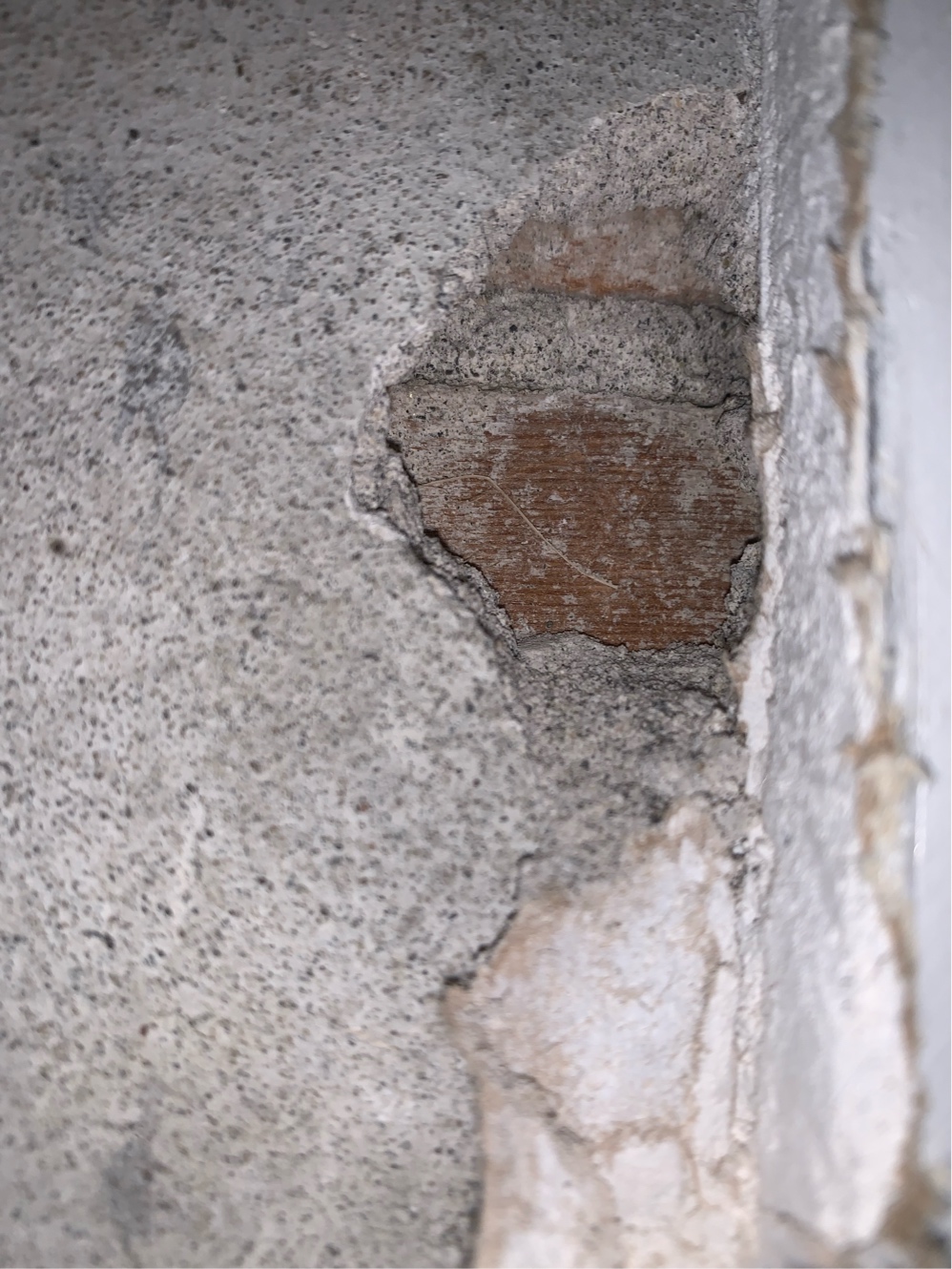 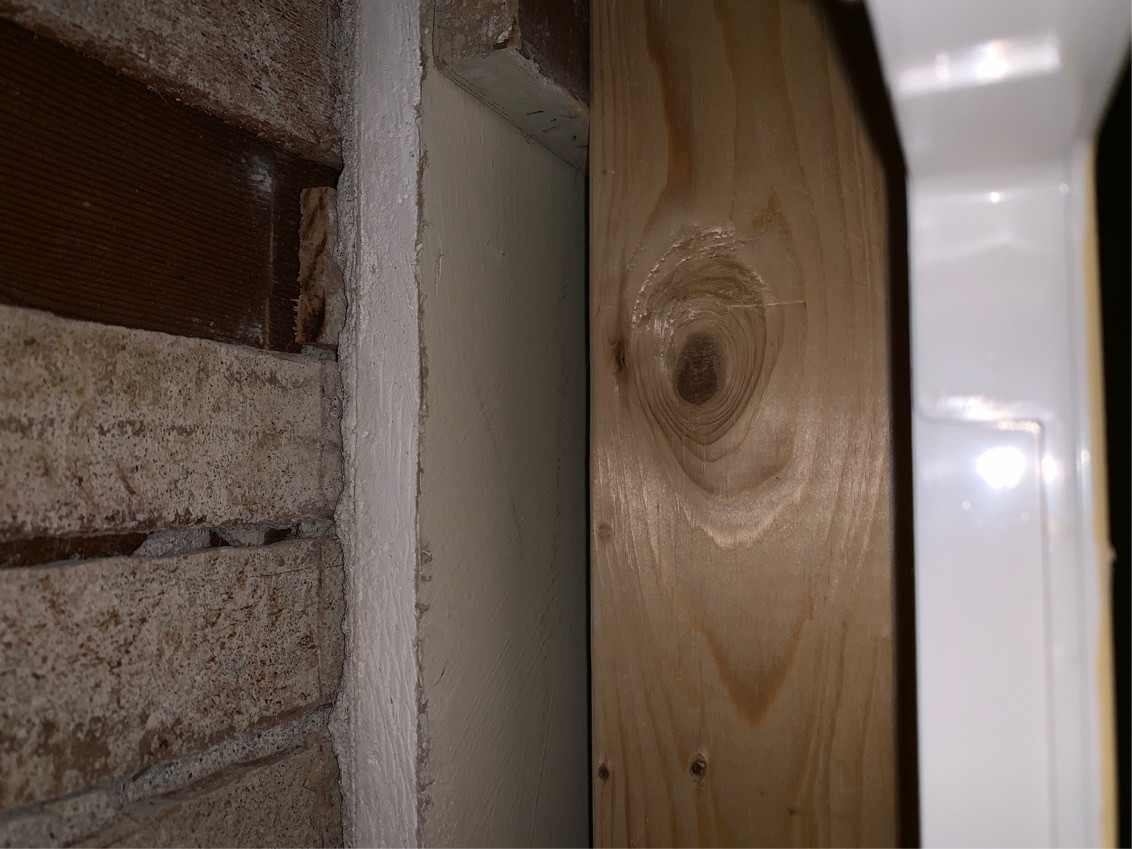 I can't speak to what sort of construction this is, though it looks like cement board to me. Hopefully someone else can tell you more.

But to answer your second question, how to locate the studs, I have had similar issues with the walls in my house, which are plaster, on top of sheetrock. A studfinder won't work, but what does work, though it is a little tedious, is a magnet attached to a fine piece of string. I used a magnet you can get at a craft store, it's about the size of a crown bottle cap. I used tape to stick it to a piece of floss.

You basically run along the wall in a left right motion, back and forth, and moving up or down slightly after each pass. The magnet should stick, or hang up, where the fasteners are that hold the drywall to the studs.

I believe you should have a piece of that wall board tested for asbestos before doing anything else to it.I have something similar that I had tested; it came back negative but I don't believe it as I cannot find any type of "cement" board that was made pre-1980 that DIDN'T have asbestos in it. I am going to have mine tested again....

Not the answer you're looking for? Browse other questions tagged drywall walls basement or ask your own question.

24
How do I find studs when stud finders won't work?
3
What is up with this wall, and what is the right way to hang something on it?
3
Can drywall harden or become brittle over time? Or, am I dealing with plaster?
3
What did I drill into?
1
Found Lath and Plaster wall under remodel drywall. Is it restorable?
2
Drywall extended out from studs?
4
How to anchor coat hooks and shelving in a rock-lath & plaster wall?
0
Securing French cleats to drywall over lath and plaster with structural screws
1
Will there always be studs in the corner of two walls?
1
What kind of material is this wall?