Any ideas what would cause this?

That loud click is probably an overloaded compressor relay. When compressor components start going bad it can cause all kinds of issues. You can do some reasonably priced troubleshooting by installing a Hard-Start Kit. Here is a link to a video that shows in more detail how to install it. 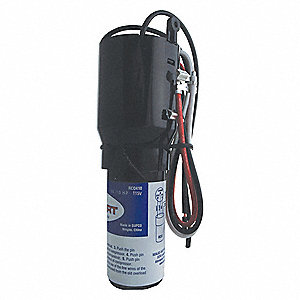 When compressor motor capacitors start going bad the motor can have a really tough time starting, the longer time to start drawing more current can then wipe out the start relay. I have been able to fix this problem for several units by replacing the starting cap and sometimes the relay if bad. Check to make sure if you have a fan and coil under the fridge that the fan is working and the coils are clean. I have found on newer fridges with r134a once they overheat they no longer cool correctly since your's is cooling I would get the capacitor replaced asap or this might burn out the motor. Capacitors are usually 20-35$ and a cheap way to go for a first step troubleshooting, (this is often the problem). Give that a try and let us know.

So this issue is solved. It was a two part problem.

About 3 months ago (on top of the banging issue), the refrigerator started only intermittently cooling. It was still banging and clicking as it was before. I suspect the cooling issue was masked when the weather was cold and the kitchen was relatively cool. But once the weather became warm, this generally coincided with an obvious inability to cool. I didn't track the temperatures before though. I only recall they were acceptable, but... can't say if they were in as tight a range as they are now.

Edit: If you have this problem, it would be useful to get a refrigerator and freezer thermometers. If the freezer temp not tracking tightly around 0F, and refrigerator temp is not tightly within 32F and 40F, it could indicate a temperature sensing issue.

The repairmen came about two months ago and replaced the "start device and capacitor." This quieted down the banging by about 85%. Instead of banging loudly every day, and commonly having loud clicks from time to time, it would happen once a week, and it was muted. And it was more of a chugging I guess. The loud click would occur with the banging/chugging too. The refrigerator still wasn't cooling consistently though. It would intermittently cool, getting down to freezing, but it would routinely stray well above freezing in the freezer and up to nearly 70 in the refrigerator.

Then about a month later (I don't have much perishable food, was able to get by, and I waited to gather more evidence and try to identify any other patterns), they replaced the "refrigerator thermostat". THIS totally solved the problem, in conjunction with the starter mechanism fix. It's been nearly a month, I haven't heard any clicks, no banging/chugging at all, and it's holding 0F in the freezer and 32-40F in the refrigerator very well, and the compressor starts and runs smoothly.

So, I think the root cause of the click/banging was a malformed start signal maybe? That signal going into a worn starting mechanism causing the banging, and then that click which coincided with the compressor banging stopping.

Not the answer you're looking for? Browse other questions tagged refrigerator compressor or ask your own question.

2
Why is my fridge not cooling properly?
1
Fridge making loud clunk when compressor shuts off
0
How do I connect a 240v compressor with only black and white wires?
0
Blomberg refrigerator making intermittent loud knocking sounds coming from the ice maker
2
Refrigerator on a shared electric line with Stove and 5 countertop outlets