While renovating a bathroom, during demo I discovered that the pipe leading from my water valve up to the shower head had a slight bend in it, causing it to press against the inside of the greenboard that used to be installed over it. Over the course of 15 years, vibrations in this showerhead pipe caused it to develop a flat spot where it had rubbed against the greenboard.

I have since bent the pipe inwards a little, at that location, to stop this abrasion. And, I believe it is safe to not replace, since this pipe never sees much pressure (as the shower head is never in a sealed state.)

But, I thought it wise to at least ask for a semi-professional perspective on the topic.

I would estimate that 1mm or less of thickness has been lost.

If I have to replace it, then I'd need to call in an actual plumber to sweat it out, and a new one in. 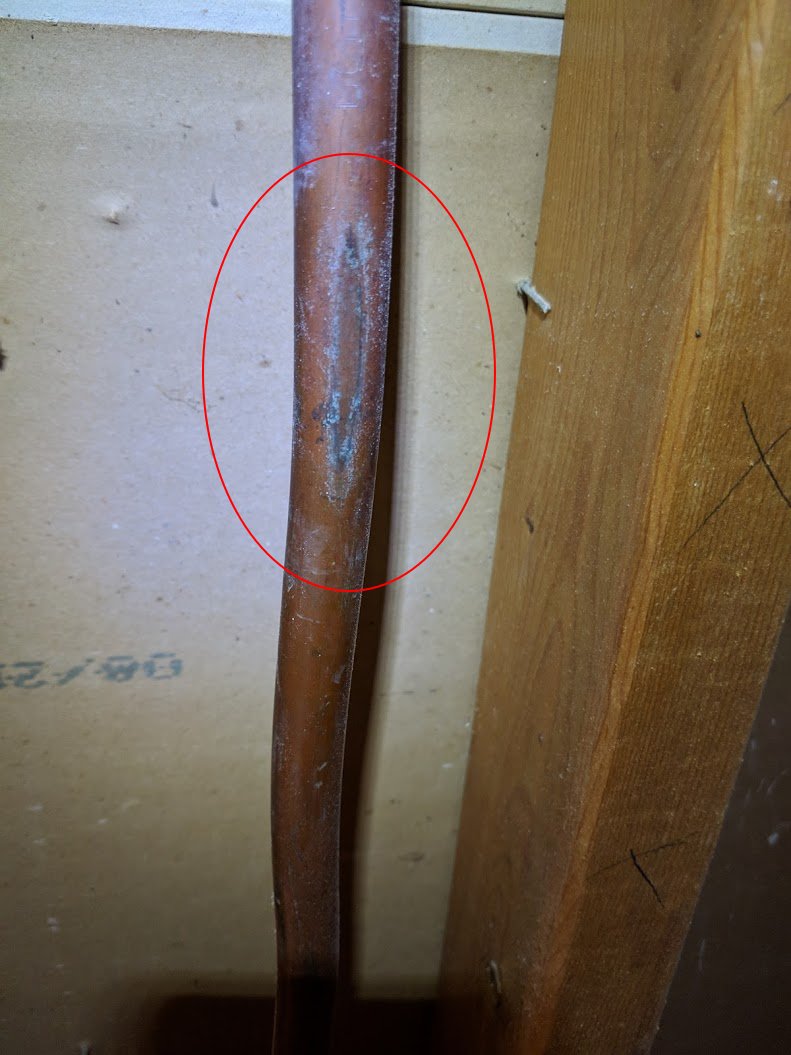 If it's mainly just smooth and not flat, I wouldn't worry about it. If it's actually flat then it's more of a concern and depending on the type of water you have, the inside of the pipe might be worn down a bit as well. Keep in mind that there is some pressure on it when the shower is running but of course it's released when you turn it off. In the end, it's a peace-of-mind thing. If you're worried about it and don't want to deal with it later, have it fixed. If you're not worried, leave it alone.