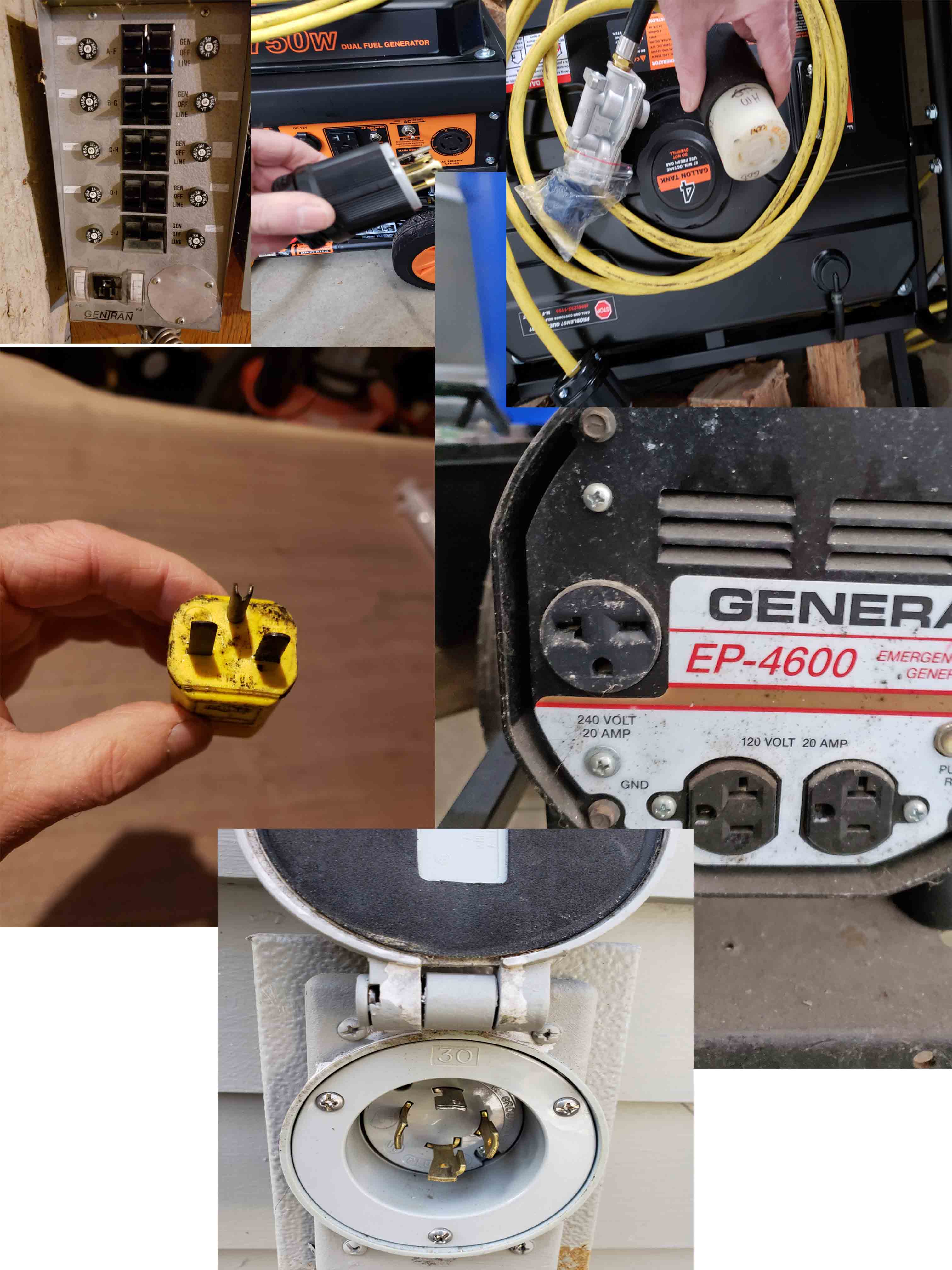 Just picked up a new generator after 23 years using the same one. Had to change over the three prong 220v plug in with a 220v twist plug. Been over a year since using backup power. Plugged in the 220 to generator then to GenTran. Went to basement to manually switch from line to gen - but the switch appears to be totally dead. Ignores off position - all power just stays on. Checked the generator to be sure it was outputting power and it was. Wouldn't really matter since off should be off(?).

All breakers are okay - none popped. Not sure where to look for troubleshooting this. Occurs to me that when I looked at old connector, I wrote down what wire the electrician attached where....I thought I was mistaken on my notes, but he had the white/green backwards (?) on the twist lock side (?) or am I wrong. I did check the receptacle attached to the house to be sure the white (neutral) was where it should be and green (ground) was where it should be and all was okay,figured I just wrote it down wrong. Weird too, that he also cut the white wire on the 220 plug and used the green as common. Am I not understanding something? I have a feeling I fried the switch....or popped some internal breaker or ?

Thinking about why this worked now after correctly hooking up connections, I wonder how it ever worked to begin with since it looks like 240V was over 2-wires all the way to the switch where I guess, it was somehow stripped down to 120V? Not sure how. Now I am using two 120 circuits over 3 wires then only combined to 240 for well pump. I have no idea how this could have worked with previous wiring......though it has been working for 23 years. All seems to be good now with the exception of voltage meters on the switch. That might have something to do with old vs new wiring scheme.

4
How can I shut off circuits when I have a generator with an automatic transfer switch?
1
Can I connect the generator neutral to my mains neutral permanently?
0
L14-30 Plug & Generator
0
Which current will pass through the relay when the generator and main supply are on?
0
Getting full power from my backup generator to my electrical panel
3
Proper way to plug in generator cord?
1
Electrical question on floating neutral generator for emergency use
2
Can I use a generator with a bonded neutral with my interlock switch?