My Bosch fridge developed a strange chemical smell around the ice dispenser, and the ice was collecting above the ice flap. After disassembling the front panel, it seems like the smell is from the solenoid that opens the ice flap. The resistance across the terminals is infinite even at the highest rating on my multimeter, so I figure it's burnt out, thus leading to the smell and flap failure.

I can't seem to remove the solenoid though. I followed all of the steps, removed the screws, etc. but it's firmly stuck in there. I've given it a few good tugs, but it doesn't budge. It looks like the solenoid shaft should stay in place given the pictures, but given the way the plastic is warped around the shaft head it almost seems like the solenoid head punched through: 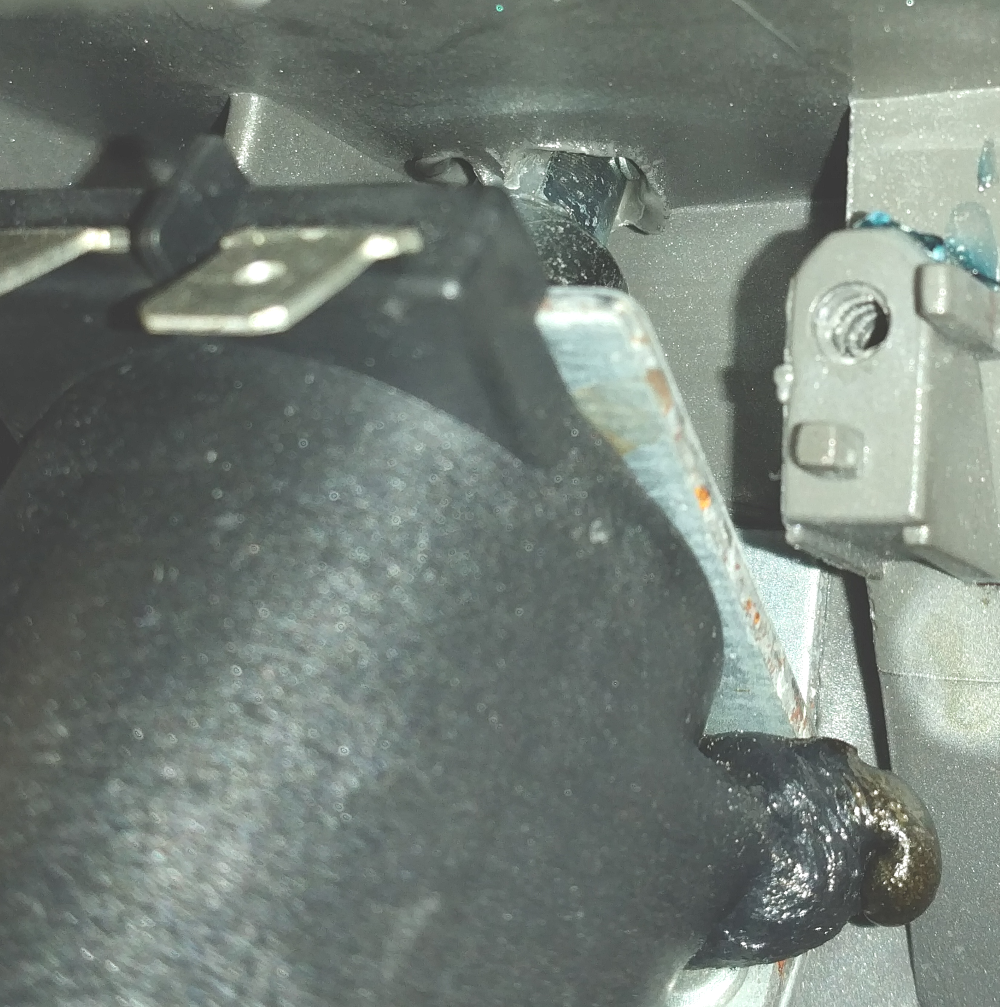 Am I just being too cautious, and I should tug this out hard, or is the solenoid perhaps jammed in some way and tugging harder will damage something?

Browse other questions tagged refrigerator ice-maker or ask your own question.