Harper taught me how to connect the following and it's working perfectly. From (related to) the post Connecting a Pseudo-Neutral to Pig Tail of GFCI where I only have 240v black and red line of the US ac power in the Philippines and the Siemens GFCI has 120v circuitry. So Harper suggested an autotransformer with neutral to power it and worked flawlessly. 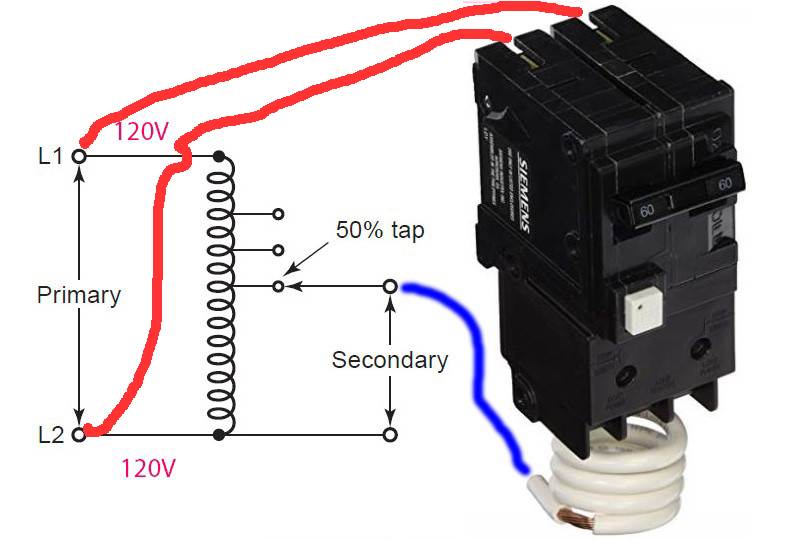 Harper, etc. Can I add the following to the above? 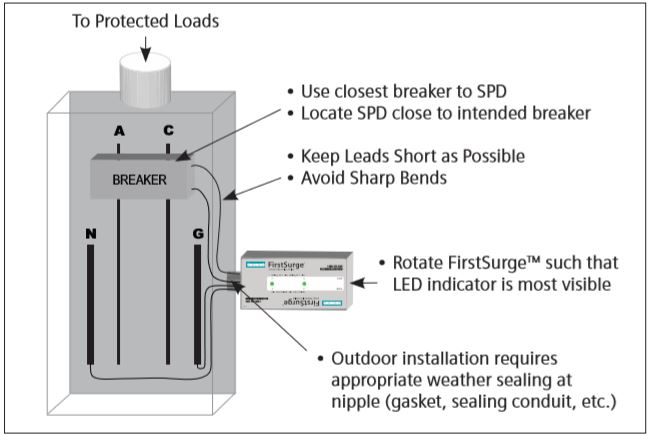 But this won't offer the L-N protection mode with lower VPR (600) instead of L-L of 900v VPR (related to Let-through voltage). Hence I need to use 120v protection mode too by connecting the neutral/ground of the Siemens First Surge to the autotransformer neutral lead (which powers the Siemens GFCI breaker circuitry). 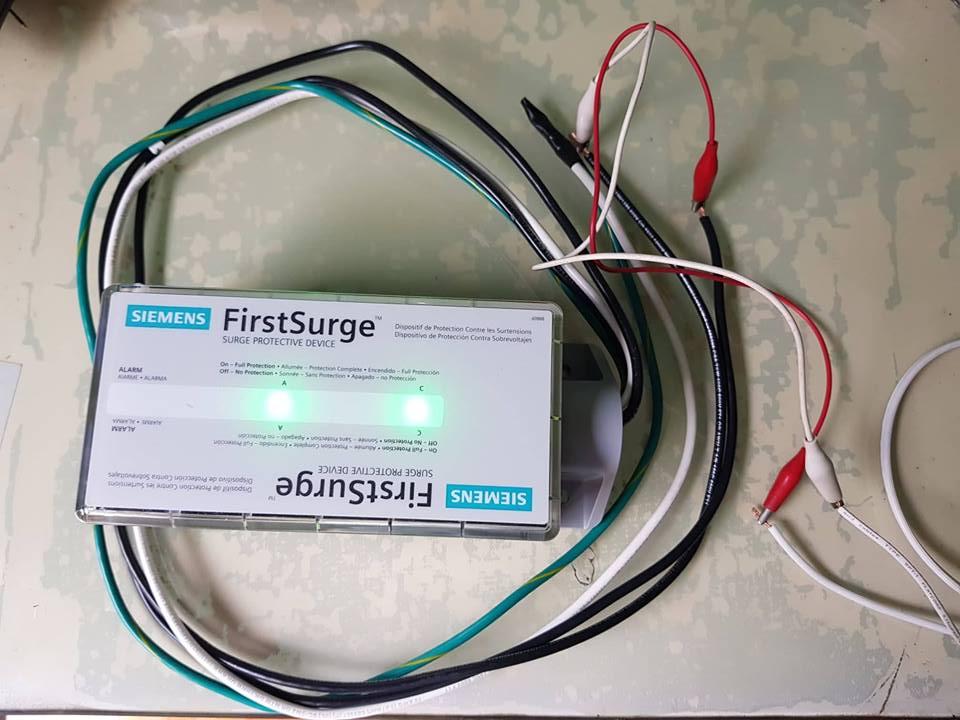 Remember when I warned you not to get tempted to use the pseudo-neutral for anything else? This.

This is exactly the sort of "scope creep" I'm talking about. "Oh, I've got another thing that needs neutral, I'll just grab it from there". Nuh-uh. No way.

That would vaporize the tiny transformer.

It's also possible the surge suppressor has some lights on it. Those are probably to indicate faults such as a lost pole or lost neutral. The latter being particularly dangerous in North America, but a big nothingburger in your part of the Philippines.

(To our readers, the Philippines is in the midst if a transition between North American 120/240V and European 230V. The first step of the process was deleting center neutral. Those neighborhoods get 2 legs of power, neither one near ground. This is unlike Europe, where one of the legs of power is neutral and thus near ground.)

The simple fact is, surge suppression in the Philippines is a difficult problem. At first glance, Euro style surge suppressors are a better fit, because they only protect surges on 2 poles. However, Euro units expect there to be a neutral that is near ground, so they may not br a good application.

Indigenous units actually built for the Philippines would be the best choice. Otherwise you have two options, and I would consult with the factory:

Keep in mind, you are seeing the spec call out a higher voltage across the 240V wires because it should be that way for 240V. You can't outsmart the factory, they are pretty smart.

0
Connecting a Pseudo-Neutral to Pig Tail of GFCI

28
How do I install a GFCI receptacle with two hot wires and common neutral?
3
Will a GFCI device work on circuit where the neutral is switched?
0
How to connect a earth leakage detection GFCI/ELCB?
1
Will GFCI outlet protect downstream outlets with ground connected to neutral?
2
Would a 120/240 V whole house surge protector work with 120 V single phase?
1
30 amp GFCI neutral
0
AWG NEUTRAL 15A GFCI?
8
Should I keep this surge suppressor in my main load center?
3
Is it possible to wire 2 GFCI receptacles on 2 circuits with 12/3 wire shared neutral?