Did I make a major mistake on my garage shelves?

I built garage shelves using Grip Rite construction screws (photo of box below). Only afterwards did I notice the statement about "non-structural" use.

Did I make a major mistake? Should I get some stronger screws to attach the beams to the posts?

FWIW, I also used wood glue (Titlebond II) to attach the shelves to the posts. 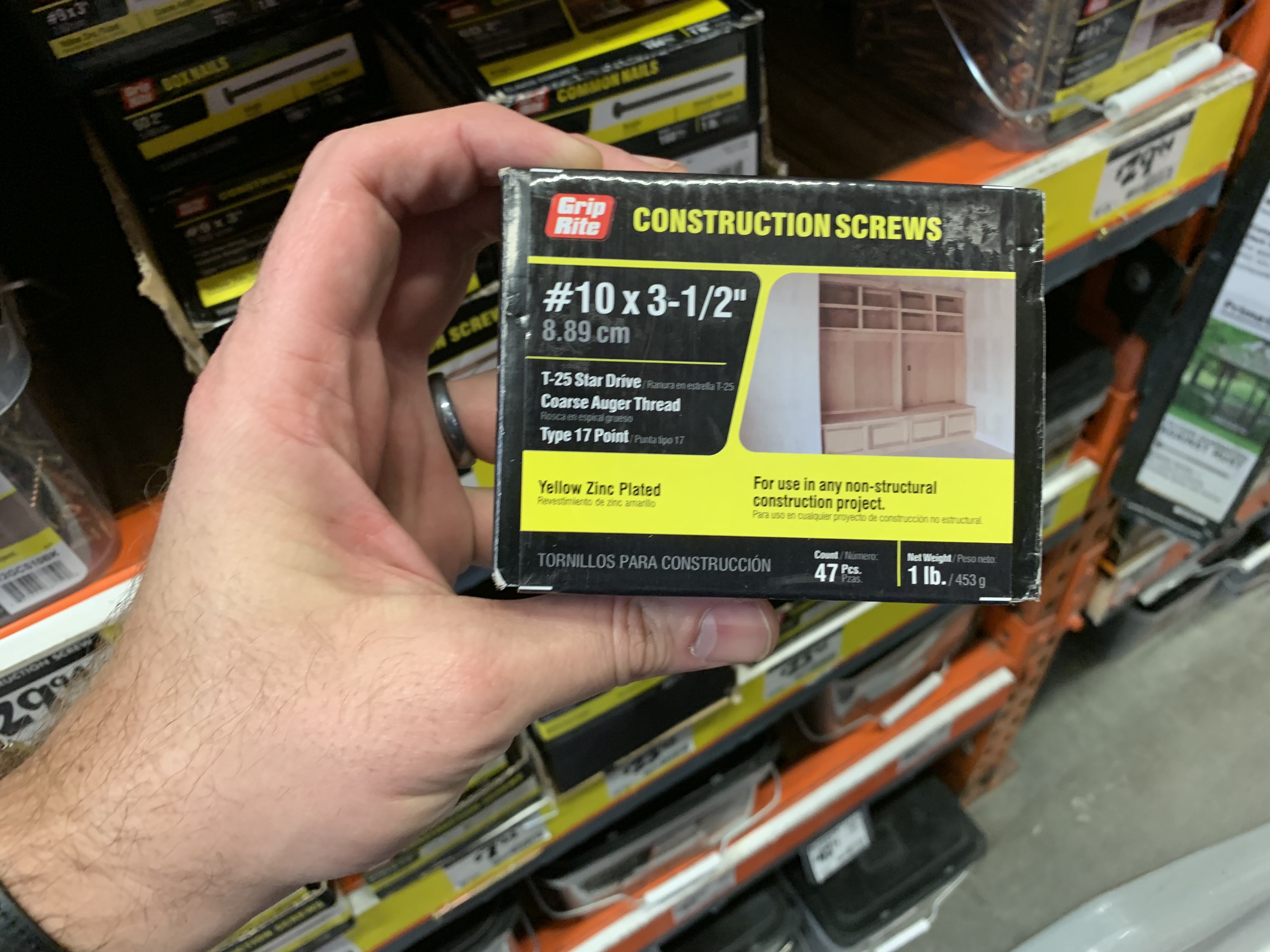 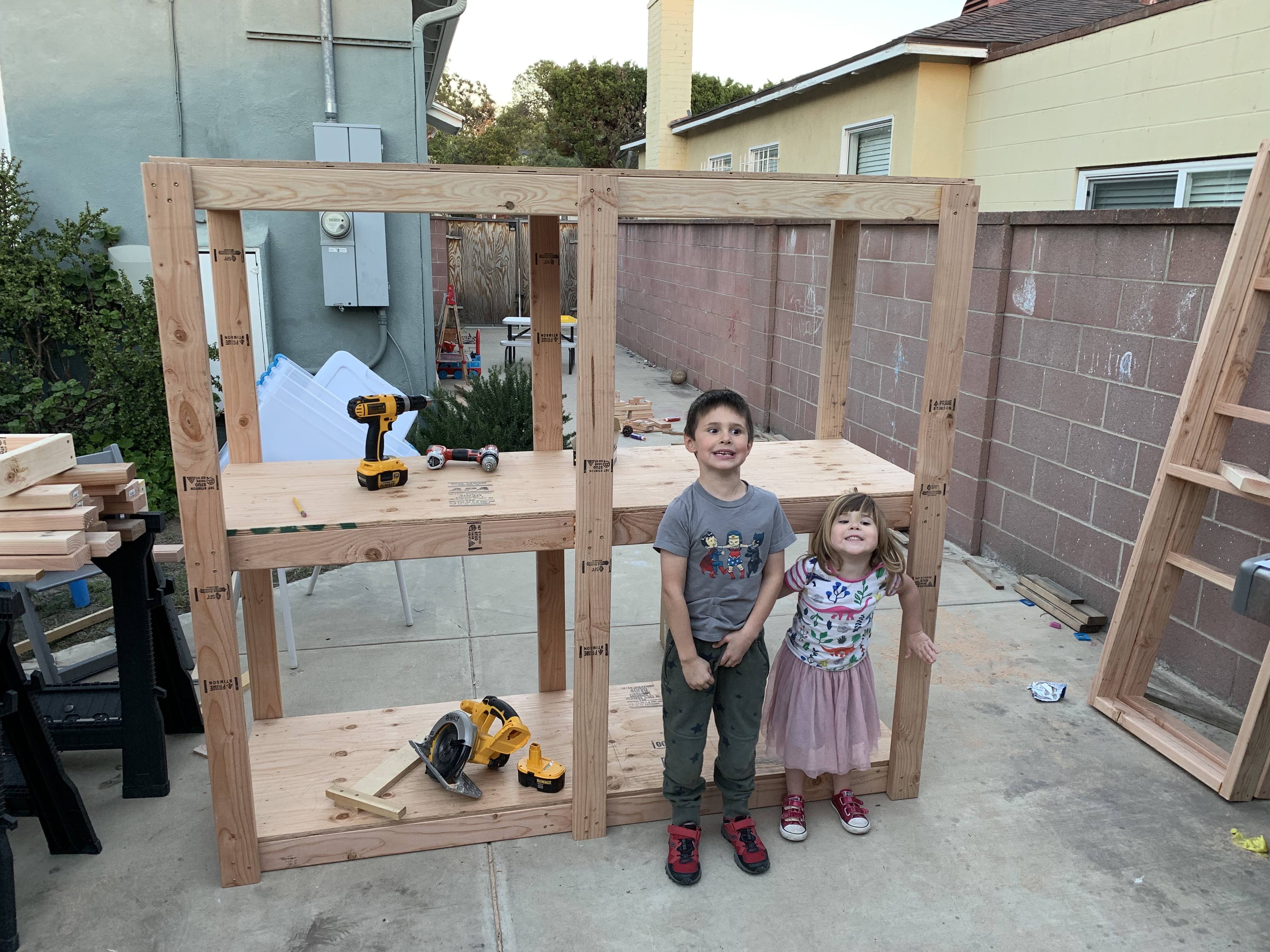 "Structural" applies to load-bearing walls and the like. I think you're safe. From what i can tell in the picture, unless you're storing engine blocks on them, you should be fine.

I think generally, shelves are non-structural. Structural use is building a house.

Although I bet those 2 could use your good-looking shelves as a sweet fort structure! That doesn't count.

My idea: let those 2 paint the shelves. They go to the paint store and each one picks his / her color. The boy gets the vertical pieces. Then when those dry, the girl gets the big flat areas. You can turn it sideways for her turn. Whenever they see those shelves as they grow up, they will be the shelves they painted.

Did I make a major mistake?

No, non-structural screws are suitable for the shelves in the photo. 2×4s and wood screws support millions of shelves in garages around the world.

Should I get some stronger screws to attach the beams to the posts?

Only if you're paranoid, or there'll be extra-heavy stuff. Based on this calculator and some conservative assumptions, each screw will support 50 pounds after the glue fails.

I think the most vulnerable joint is between left-right beams and front-back beams. There's two screws going through face grain into end grain; this joint is weak in bending and is the only thing keeping the structure from racking forward. Possible improvements include attaching the plywood to the beams, adding metal straps, using pocket screws, or using longer (4-5") screws.

Your confusion comes from engineers having a more specific definition of "structure" than anyone else. To an engineer, "structural" means it supports loads as dictated by the relevant building code. Shelves also have loads, but nobody regulates the design of your homemade shelving.

Why risk it? Usually shelves get over stacked with time. So reinforce them now to avoid possible crashes in the future. Do it right the first time.

Not the answer you're looking for? Browse other questions tagged woodworking shelving or ask your own question.

4
Tips on making classic brick and plywood shelves
1
How can I strengthen shelves?
5
What are the proper materials and method to hang heavy-duty shelves in a garage for storage?
2
Danny Lipford Workbench Questions
1
Hollow-core door shelves bracketed with 3 pieces of 1x1?
1
How to install wheels on shelves?
2
Is it possible to fix this swollen floor?
31
How do I make around-the-room shelves for a seriously skewed room?
2
How can I build shelves that are 66" wide?