Two receptacles and a sconce -- all sharing a wall -- stopped working the other day. I took everything apart looking for loose connections and found the following:

Any thoughts of where I should go from here? Is the problem likely to be in this box or somewhere else between here and the breaker? 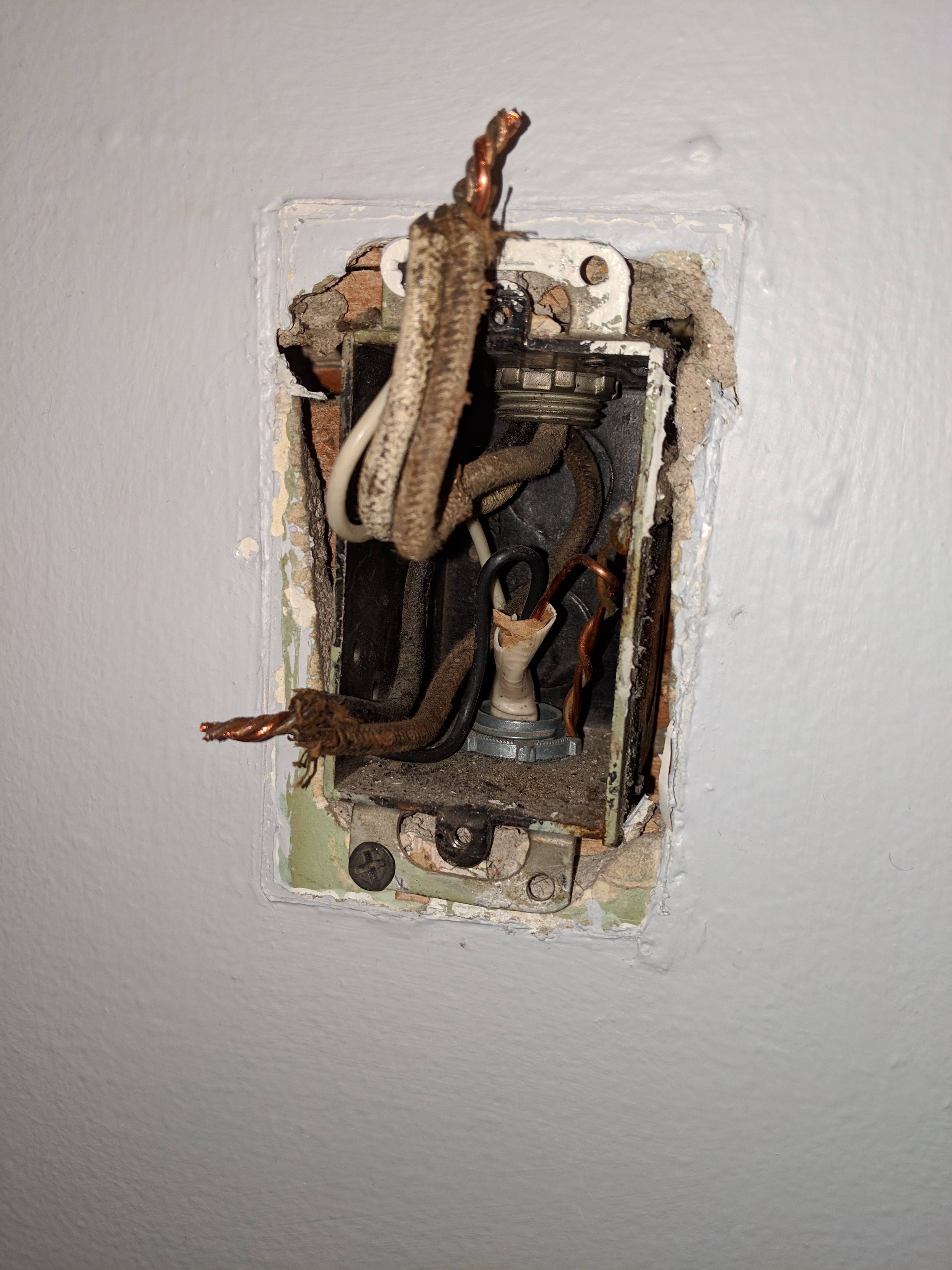 Description: Four wires enter the box from the top (old sheathing); two exit from the bottom (new / rubber white + black sheathing). White bundle at top; black bundle at lower left; ground is inside box at right side, soldered to box. Circuit completes (only) when connecting black bundle to ground.

Update: If I touch the white bundle in this box to the ground, both of the downstream receptacles work, as I expected, but as per this answer, that seems like a dangerous and unsatisfactory solution.

Update 2: There's another sconce and another receptacle that work correctly (without crossing ground and neutral in the faulty one). It's hard for me to understand how both legs of these seem to be functional while the other three devices have some problem in the neutral line. Perhaps the ground and neutral are crossed in one of the two functioning devices?

From your description, I'd say one set of old wires in the box was the feed from the power source, and the other set of old wires feeds to other loads downstream. The newer cable probably feeds the receptacle. Just a guess though.

Update: If I touch the white bundle in this box to the ground, both of the downstream receptacles work, as I expected, but as per this answer, that seems like a dangerous and unsatisfactory solution.

It's definitely NOT a viable solution - it wasn't really even safe as a test. However it does indicate the problem is likely due to a neutral connection or break in the wire between this box and the source.

Tracing this back and finding the problem may be easy or may be very difficult.