I am looking for advice on safety precautions to take while mounting a TV to an interior wall with multiple light switches and outlets.

The wall is standard wood/drywall and I have located two studs 16" apart that the mounting plate will be secured to.

The TV is 49" and weighs 29 pounds. The mounting kit I purchased contains 2 1/4" long lag bolts meant for securing the wall plate to studs.

If I have identified the centre stud locations correctly, am I right to assume there is little chance of hitting wire running vertically (which would be stapled to side of the stud)?

Similarly, am I right to assume that, if using these bolts, there is a chance of hitting live wire running horizontally through the studs (which would be at minimum 1 1/4" into the stud + 1/2" drywall = 1 3/4" deep)?

In this case, would it be OK to use a shorter bolt (1 1/2" long or 1 3/4" long) for this size/weight TV? That way I don't have to worry as much about the longer bolts hitting horizontal wire.

Any other safety precautions to take? I plan on shutting all power off at the breaker prior to any drilling.

EDIT: I found a photo of the house during renos which shows the wall framed & wired. After this photo was taken we did have our contractor extend the wall by another couple feet, but I doubt that would have changed the existing wiring configuration. From the photo, I see horizontal wiring running roughly a foot above the floor outlet. There doesn't appear to be any metal plates on studs with horizontal wires (unless they were added at a later date...) 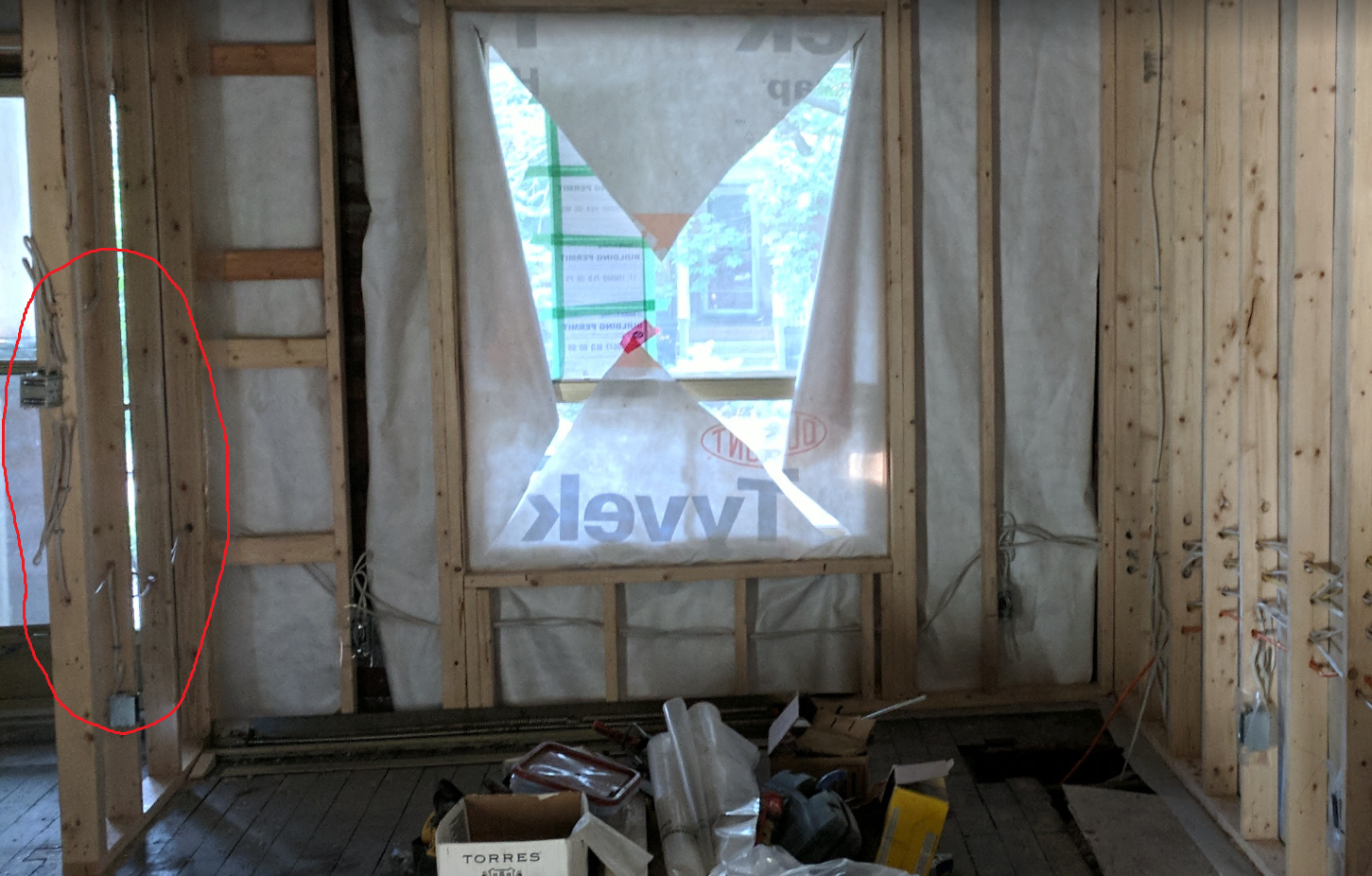 I'd get a stud finder with electrical finder. They come in handy and give a general idea if there is wire running horizontally/vertically.

I'd stay with the longer screws. The horizontal wire from what I've seen is generally ran a foot or 2 off the floor for receptacles so I don't think you'll have to worry about it unless behind the wall is a kitchen and then it runs between upper/lower cabinets. Hopefully the electrician put on nail plates so if you did go where a wire was you'd know it when you can't screw beyond the dry wall.

Not the answer you're looking for? Browse other questions tagged television mount or ask your own question.

2
Are 4 toggle bolts enough to hold up a 32in TV?
1
Full Swivel TV Mount on Vertical Studs
0
What screws to affix TV mount to wooden stud partition?
1
What is the best way to add new stud framing above fireplace and tie it into existing framing?
1
hanging 140 lb on wall with metal studs
1
What length toggle bolt to use?
3
TV mount on wooden studs - what screws to use
2
Mounting articulating Arm for TV (43”) to wall with metal studs