I purchased a new LED flushmount ceiling light. I removed the old flushmount fixture that used two standard light bulbs. The old light fixture required two black and two white wires at the fixture, but the new LED light only requires one of each. This seemed like an easy fix, but then I took a closer look at the wiring.

This is a 1950s house and the wires are not quite the black/white/green I am used to. There are white wires, purplish wire (maybe a faded brown) and blue wires (ground? maybe a faded green).

My question - is this as simple as replacing the two white wires that went to the old fixture with a single white wire from the new fixture (and the same for the black wires)?

The thing that really confuses me is the blue "ground" wire with the two black wires to the old fixture.

I apologize if this post is a bit of a ramble - I am not an expert and not familiar with older wiring.

Thanks in advance for any help! 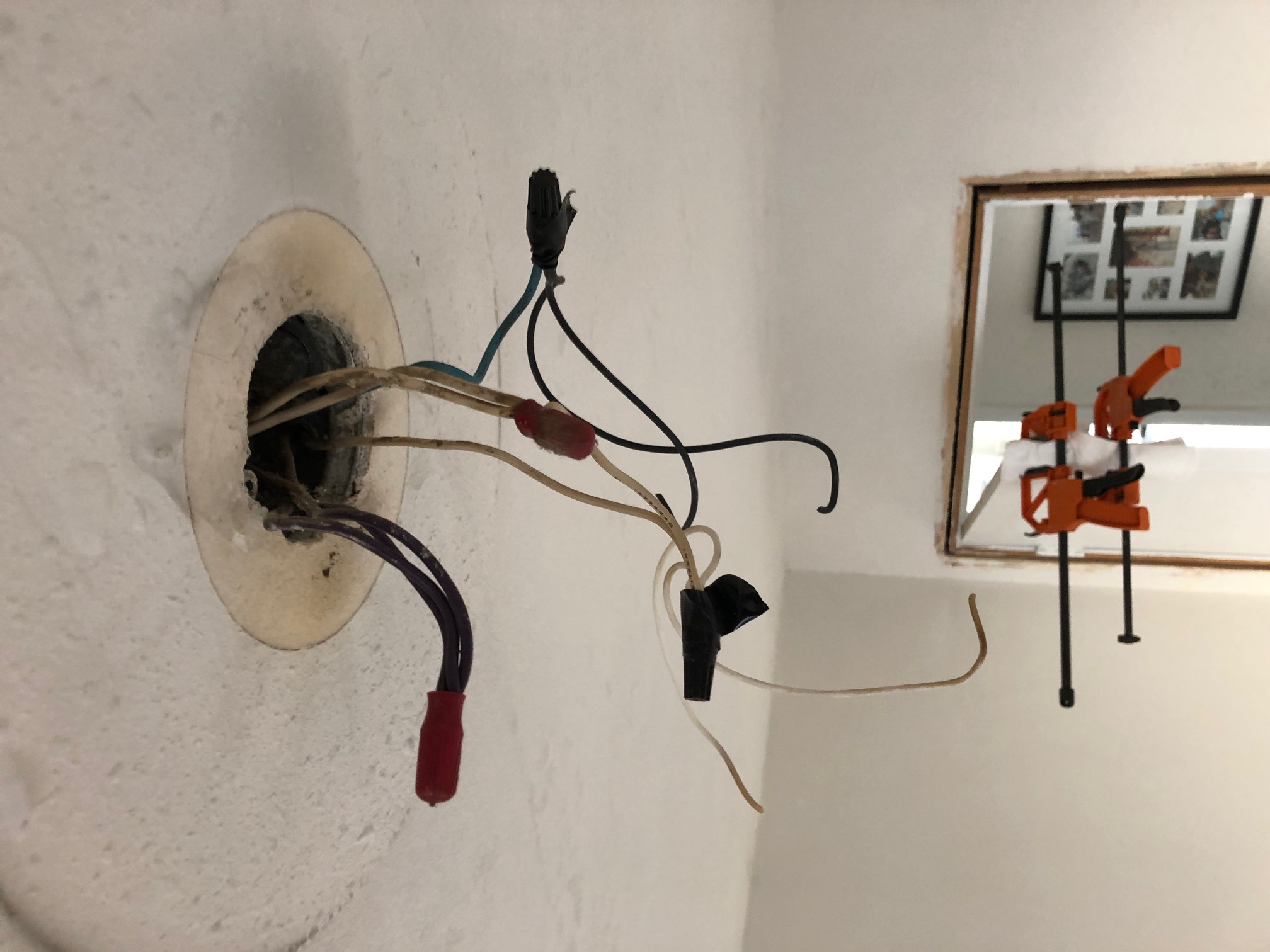 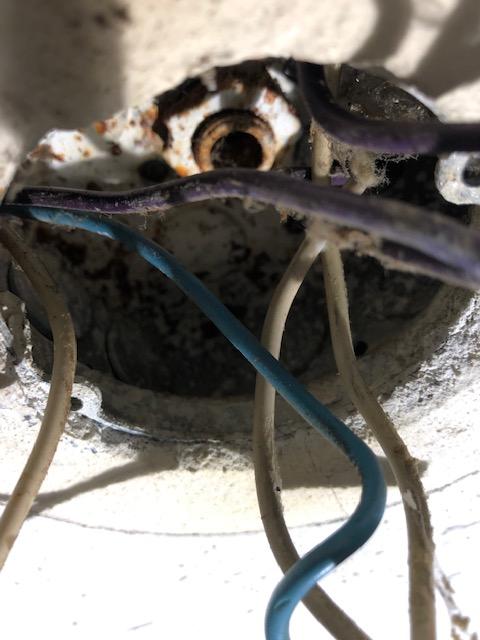 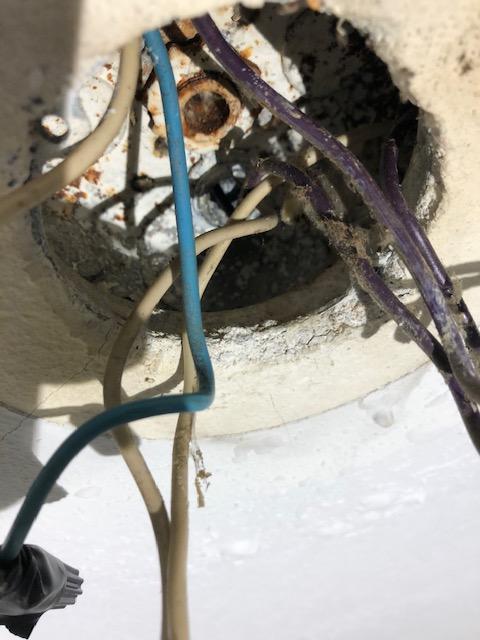 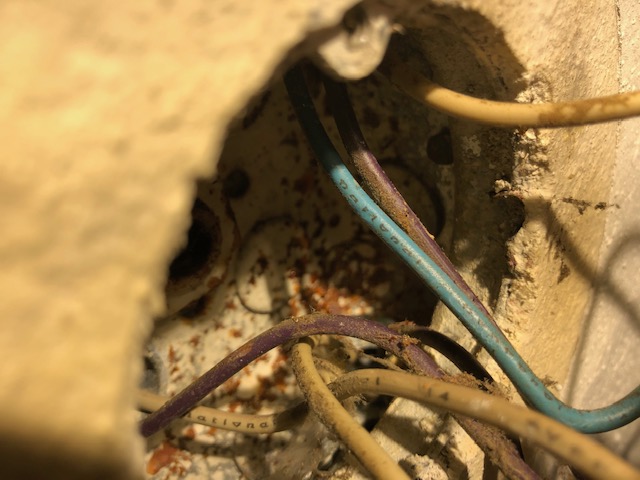 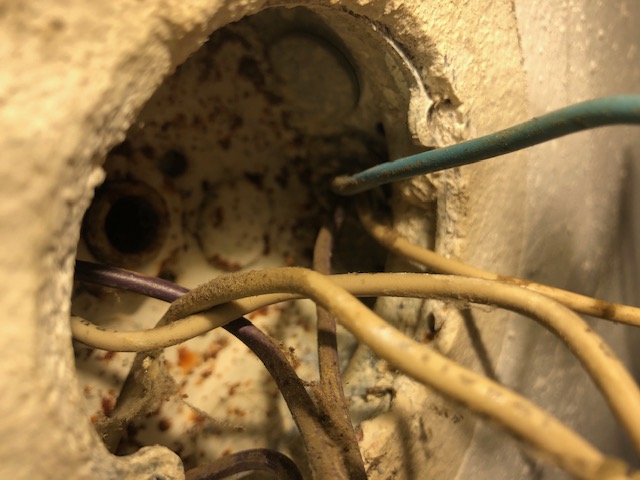 Hook it up exactly like the old lamp was

Do not disturb any of the uninvolved wires: this is the mistake that gets a lot of people into trouble, they take them all apart and then get confused. Every wire has a job. They are not color coded; the color codes are to distinguish the wires in a cable and are not reliable for indicating a meaning or purpose.

The blue wire is obviously not ground, since it has a black wire going to it. One of the few reliable color codes is that green, yellow-green stripe, and bare wires are always and only ground. I doubt that is a ground wire, I believe it's a blue wire and your house is wired in metal conduit. Conduit allows arbitrary wire colors to be used (which can make colors more meaningful) and metal conduit provides a ground path so fewer ground wires are needed.

1
Did I wire my light fixture correctly?
2
How do I identify the hot, neutral wires in a light fixture?
1
Installing grounded light fixture on box with no ground conductor
2
Help wiring timed fan switch
1
How to connect earth(grounding) that has copper wire attached?
3
Light Fixture Stopped Working After Replacing Its Three-Way Switch
12
Wiring IKEA light fixture into old fixture
0
Replacing light switch with motion sensor switch
1
Can I connect the supply ground wire to a fixture's ground wire with a wire nut