I'm buying a home and had a building inspection yesterday. The only major defect the inspector found was two split/broken rafters inside the roof. Can anyone tell me if these are a major conern? 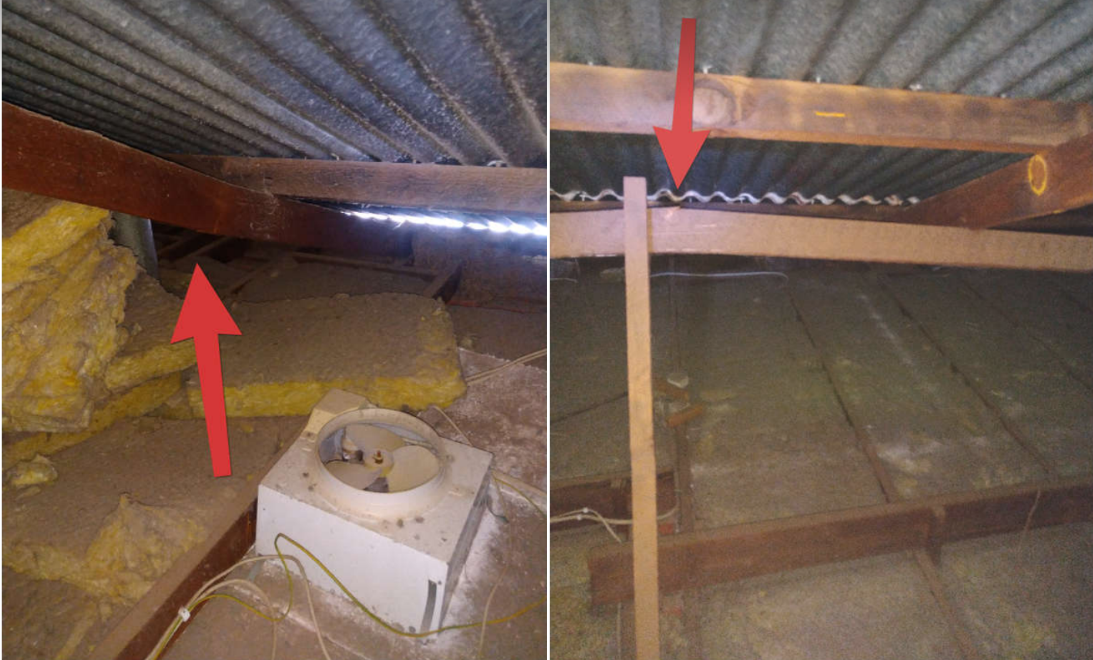 I see two issues here, and I'd have some significant concerns.

1. Fixing What You See

Repairing these rafters is no big deal, but it looks like there's no access to the space to get to the broken rafters. You'd likely have to remove and replace the ceiling drywall to repair the rafters, and if that's the case, that's kind of a big deal. It's easy enough to remove some drywall, but replacing what you remove and repainting it - that's a lot of work.

The greater concern is that there is a structural deficiency, that the roof was not designed properly in the first place. There could be additional issues not visible to the home inspector. It looks like that vertical 1x3 might have been added to prop up a sagging roof, then the rafter broke around the propping.

Resolving this could be a lot of work, worst case you'd have to remove the metal corrugated roof, replace / add / upsize rafters and purlins, and put back the metal.

Not the answer you're looking for? Browse other questions tagged roof structural carpentry or ask your own question.