Remove shower enclosure for tiling but keep shower base only

I am remodeling my bathroom and want to change it to tile shower.

I am OK with the shower base here and I don't like the shower enclosure / doors: 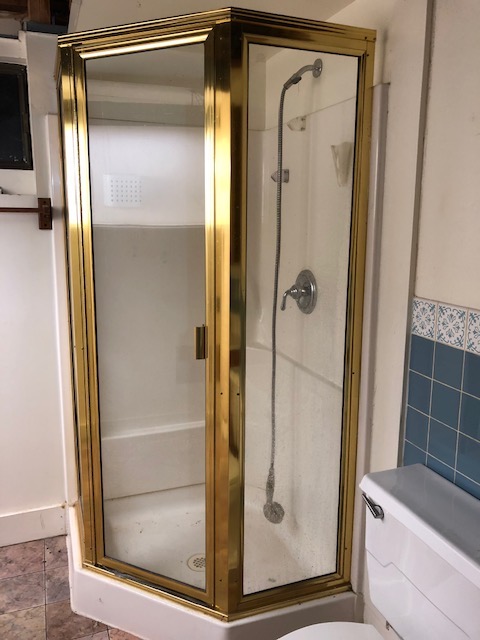 Is it possible to just remove the door and the enclosure at the wall BUT keep the base? I plan to do tiling behind at the wall and put a frameless glass door.

Or I may getting myself into more complex scenario with leak, new door not fitting properly or worst things look uglier...? 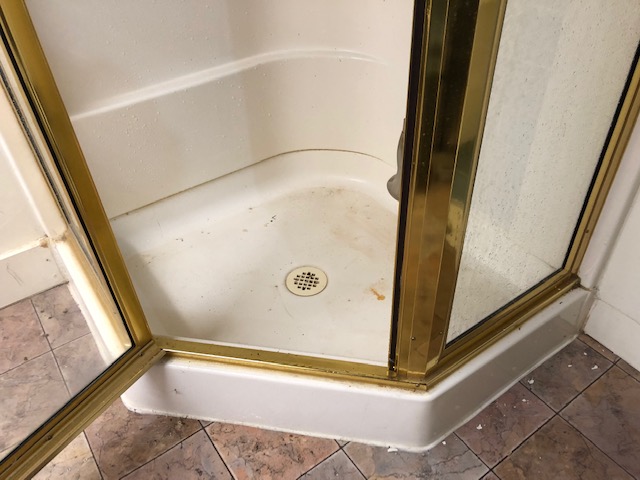 Basically I want to do tiling like this and keep the base (picture from Internet): 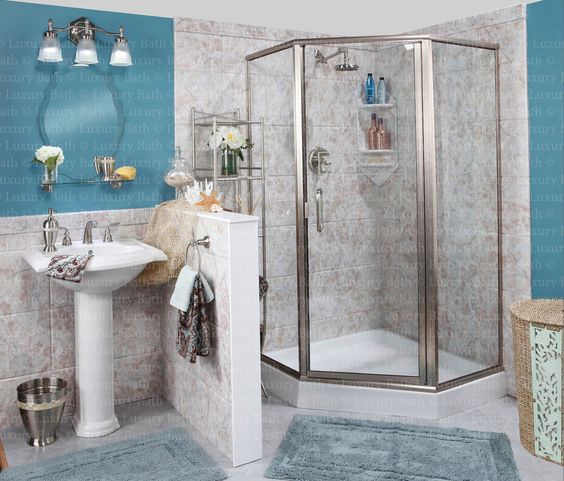 But I am not sure if my shower has the base and the wall plastic liner enclosure thing coming together as one piece, meaning it's not possible to separate them.

Any idea how such shower kit is designed?

OK, I committed a crime. I accidentally damage the base: 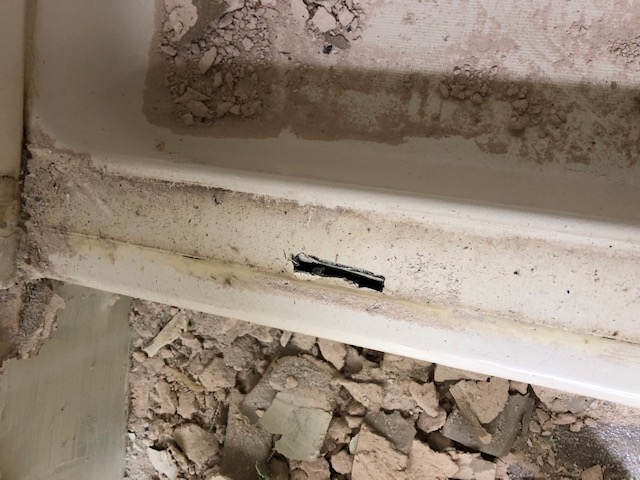 I really wanted to save the base as it does have enough lip space: 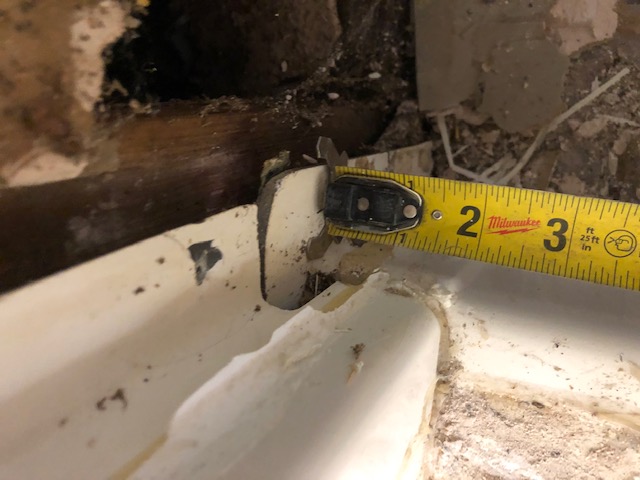 Is it possible to patch the hole with some fiberglass and sand to make it smooth? Since the glass door will be on top of it later.

I am working hard to save this shower base (look like a $200 cost if I have to replace). After removing the shower walls, I found out the walls mounted to the base via screw (in the back of the wall). So there are about 4 screw holes of 1/4" diameter: 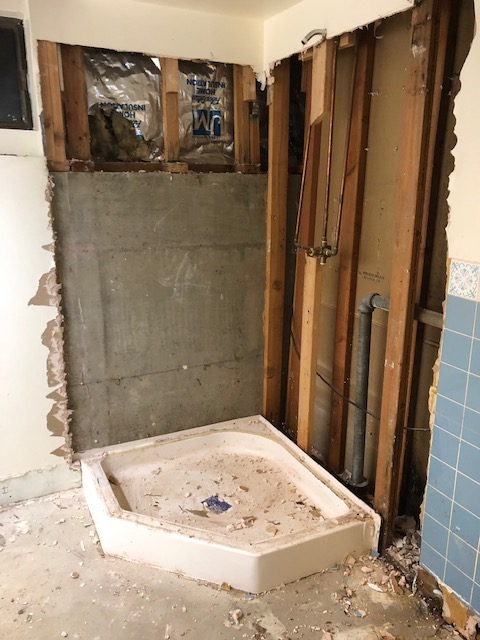 Here is one small one that is hard to see: 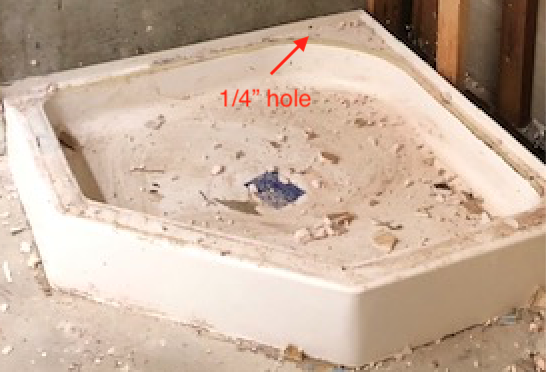 How do I easily plug these holes from the shower base? Is there some plastic plug and I just caulk around it?

The holes are quite far from the wall so my wall tiling won't reach it to overlap the holes.

Your picture from the internet is nice large shower with a square inside corner. Your existing shower is much smaller with a round inside corner, a real trick to set backer and tile for a novice tile setter. To minimize the round corner, you could go to "seat height" then set backer into the corner, but you will not be getting any larger shower, it will still be the same size as before, no way to enlarge it, the pan sets the size for the shower.

If you do wish to proceed, the base is typically a separate piece from the sides. It might come loose easily if the sealant does not grip too tightly.

Not the answer you're looking for? Browse other questions tagged plumbing bathroom shower tile remodeling or ask your own question.