What are these extra black wires connected to my doorbell chime?

I attempted to install a new SimpliSafe video doorbell, and after everything was connected I found that the doorbell chime inside produced a disturbing humming sound. I contacted SimpliSafe, who sent me their Doorbell Chime Connector device. This basically acts as an electrical bypass and has helped other customers who experienced doorbell buzzing after installation.

For me, however, after installing the Chime Connector, the doorbell chime still hums / buzzes. It only stops when I take the doorbell off of its mount outside the house, which tells me that the humming is resulting from the unit drawing power.

I believe part of the problem could be that the electrical wiring near my doorbell chime doesn't completely match the diagram shown in the Doorbell Chime Connector instructions. The instructions only refer to wires coming out of the wall for the Front and Trans wires, both of which we are told to connect to the Chime Connector. However, the wires near my doorbell chime also include 2 old-looking black wires with scraggly copper fibers coming out of them. Prior to installing the SimpliSafe Doorbell Chime Connector, these old black wires were also wired to the Front and Trans terminals just like the red and yellow wires that are normally there.

Does anyone have any experience with this? What are these old black wires? What should I do with them? 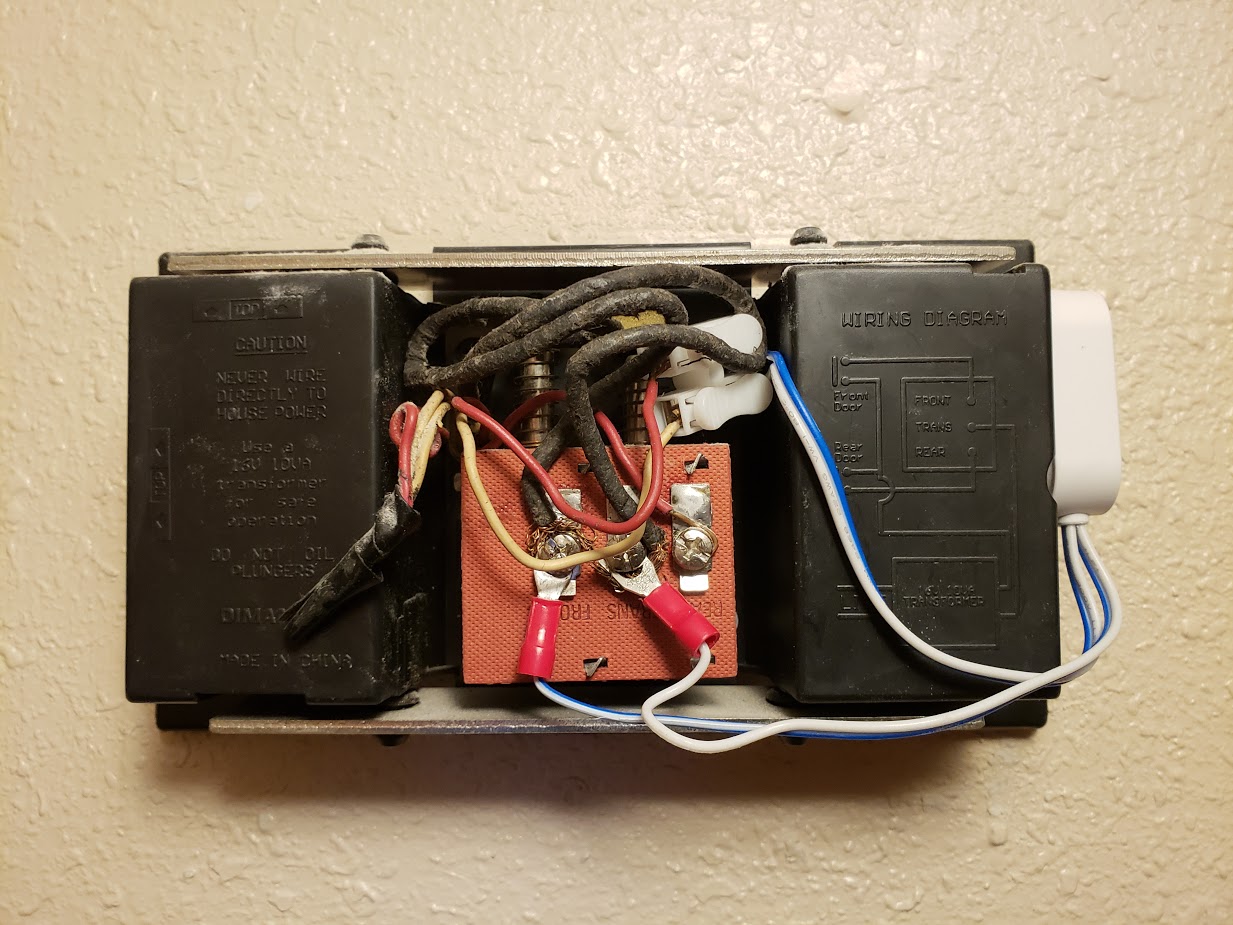 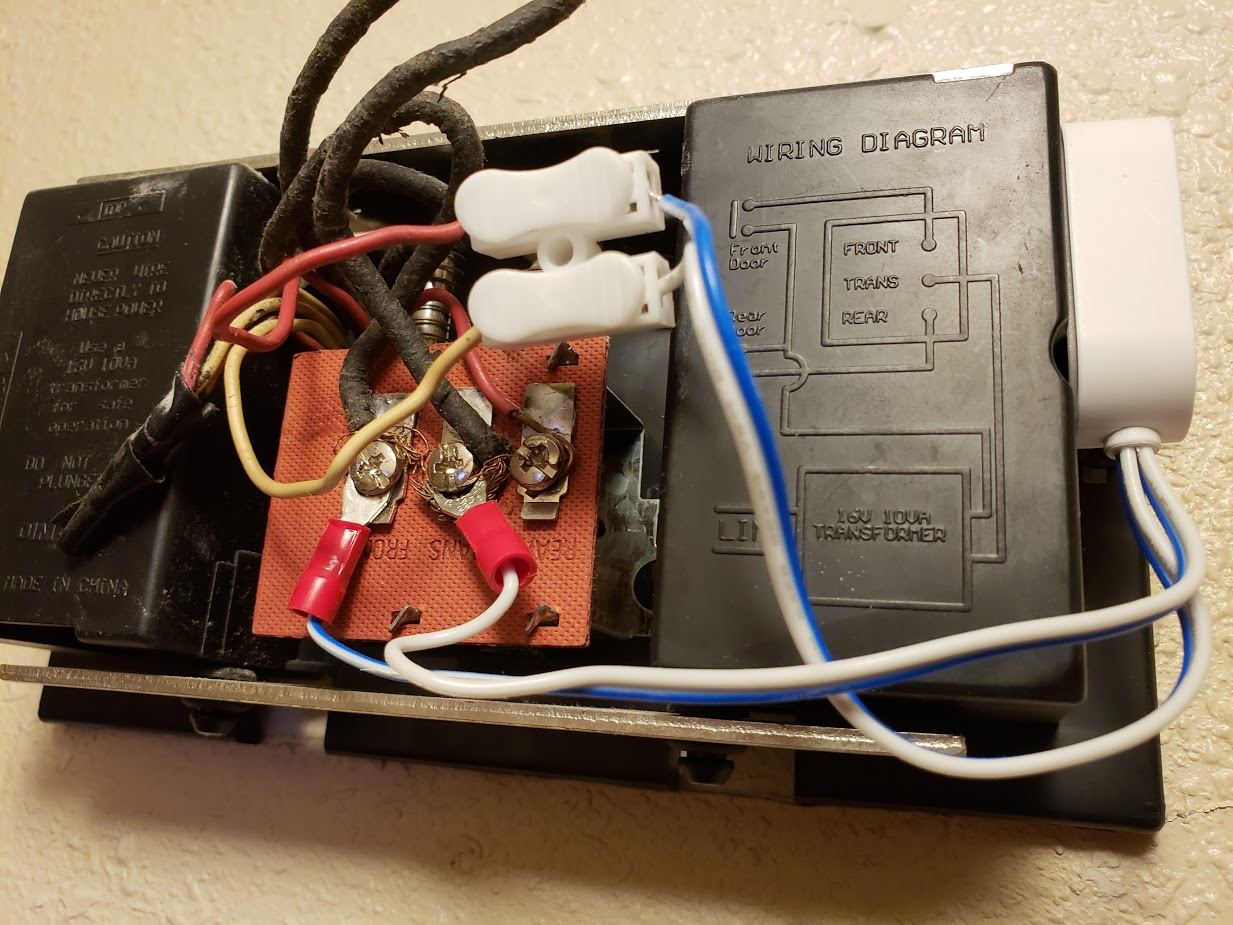 Browse other questions tagged electrical doorbell or ask your own question.

1
Why does my Ring doorbell keep repeating the chime?
0
Nest Doorbell not ringing indoor chime
0
My doorbell chime is partially broken; is this a wiring problem or a problem with the chime mechanism?
0
Trying to find the transformer for my doorbell
0
Door bell partially rings randomly since Nest doorbell installation
0
Ring Doorbell w/ Digital Chime
0
6 wire doorbell chime installation with Google Nest doorbell
0
Why doesn't a doorbell work after a power outage?
2
Ring Doorbell - upgrade chime and transformer?