How can I loosen a hard-to-reach square nut whose holder is broken?

I've been attempting to disassemble a generator at work to replace the starter cord. Being a suitcase-type generator, it's proved to be excessively painstaking. However, it's almost apart - I just have one bolt holding the remaining cover onto the generator. Unfortunately, I can't get the bolt undone.

The bolt is a fairly standard hex bolt, with the head on the outside of the generator. I can get a socket over the bolt just fine. My problem lies inside the generator with the nut, which is a square nut that's supposed to sit in a plastic holder to stop it from turning when you try to loosen the bolt. Annoyingly, the plastic holder is broken, so when I try to get the bolt out, it just results in the bolt and nut turning endlessly in the holder.

Being as the nut and holder are inside the generator, they're fairly difficult to get at - I've removed the side panel, so I have some access, but it's fairly limited. There's enough space to get a screwdriver in onto the top of the nut, but not much more - certainly not enough to get a socket or spanner or pliers onto the nut.

I should also note that this bolt will require significant torque to get started - it's been tightened by a power tool of some sort (no idea what); our rather limited selection of power tools don't have enough torque to do the job. It is possible to do by hand, with some effort - I've got the other bolts off - but this does mean that whether I'm trying to turn the bolt or keep the nut in place, it takes a lot of force.

A liberal application of WD40 hasn't helped; nor has any other combination of tools I've managed to come up with. What else can I do to get this bolt off?

Sounds like a nice project for a couple hours that grows into a multi-weekend odyssey!

OPTION 1 I'd wedge a couple of thin paint scrapers under the exposed bolt head outside the shell of the unit, and take the bolt's head off with an angle grinder and a thin cut-off wheel

BUT CONSIDER spark danger - given this is a generator there was probably petrol or diesel in the area. You'll want to vent it absolutely to remove all trace of gas fumes. And do this outside, with an extinguisher and sand handy.

Once the bolt head is off, the bolt should drop into the housing and you can fish it out when the covers are removed.

Assembly, well that's not the reverse. You'll want to find some way to bolt it together without risking the same again. A dirty hack is to put a new longer bolt in from the inside-to-outside. The nut will be on the outside and a bit of thread should be exposed. You can file two spanner-flats into the thread before or after assembly. Or you could hacksaw a flat slot across the end for a screwdriver.

Also consider what other bolts on the unit might do the same in the future, and either reinforce their mounts with epoxy or fibreglass, or preemptively do a similar bolt hack.

Option 2 - Cut the casing around the bolt head, and deal with it once the cover is off. You'll probably want to do a patch job on the case after-ward to control fumes etc.

Option 3 - Make a tool to suit. This is probably the most laborious solution, but you know exactly where the nut is and how long your tool would have to be. 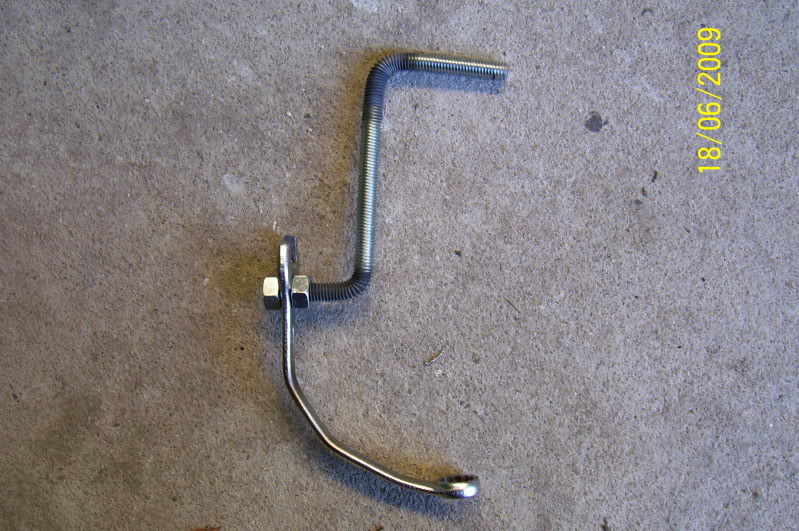 Given how cheap tools are these days, there's no shame in sacrificing a cheap combo ring/open spanner to get the angle or reach you require. Or sometimes bike chain can be used to grab something you can't otherwise get to. Example: 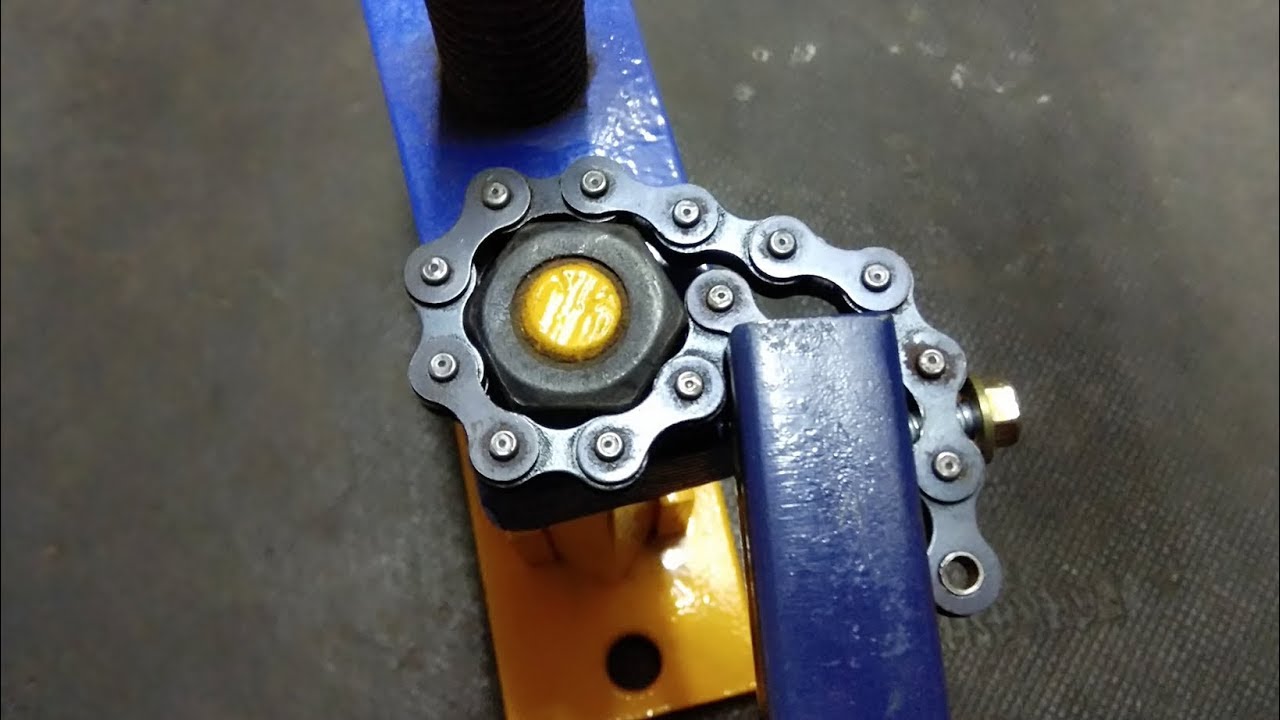 It's good that there is at least some access to the square nut. There is a tool called a cotter pin puller. If you can get the point to jam alongside the nut, it should hold while you rotate the bolt head. Cotter pin pullers are variously sized and shaped. Bent a coathanger to simulate the size needed, then get the tool.

I faced a similar proposition last year. I bought an older house that had an ourdoor natural gas grill at some point and the top had literally rusted off so all I had left was this rusty column that ended in all sorts of jagged edges. It was bolted to a holder probably set in concrete that was built of something sturdier than the grill was. WD40 availed me not.

What I did was I used my reciprocating saw with a metal blade to cut the bolts off. Noisy and painstaking, but it got the job done. Since your bolt is already loose, you should have daylight to get the blade between the nut and the plate (i.e. you don't need to damage the generator) and cut the nut off.

Once the bolt is cut off, I would buy another from the local hardware store (get a nylon locking nut so it's easier next time) and you can ensure it will come off if you do this again.

Not the answer you're looking for? Browse other questions tagged tools generator or ask your own question.

2
How do I tighten this screw?
3
“Built-in corrosion inhibition” - Does it work? How?
7
Is the ability to save pictures worth it in an inspection camera?
5
How can I disassemble this old bathroom faucet to fix a leak, without damaging the decorative chrome piece?
2
How can I hold a nut underneath a deck with no clearance while screwing a bolt into it?
0
How can I tighten a large nut under the sink?
1
How might a person of limited strength pry embedded lumber out of soil?
3
Should I bother with this 10-20 plug or replace it?