Why did we lose water pressure after cleaning well pump?

After we had our pump cleaned out, all the water pressure in the house (shower, bathroom sink, kitchen sink, etc) has gotten worse than it was before the cleaning.

I called someone to service our well pump because:

All they ended up doing was removing the pressure gauge & lower nut and shoved a metal rod in each one to clear blockages (see green arrows below): 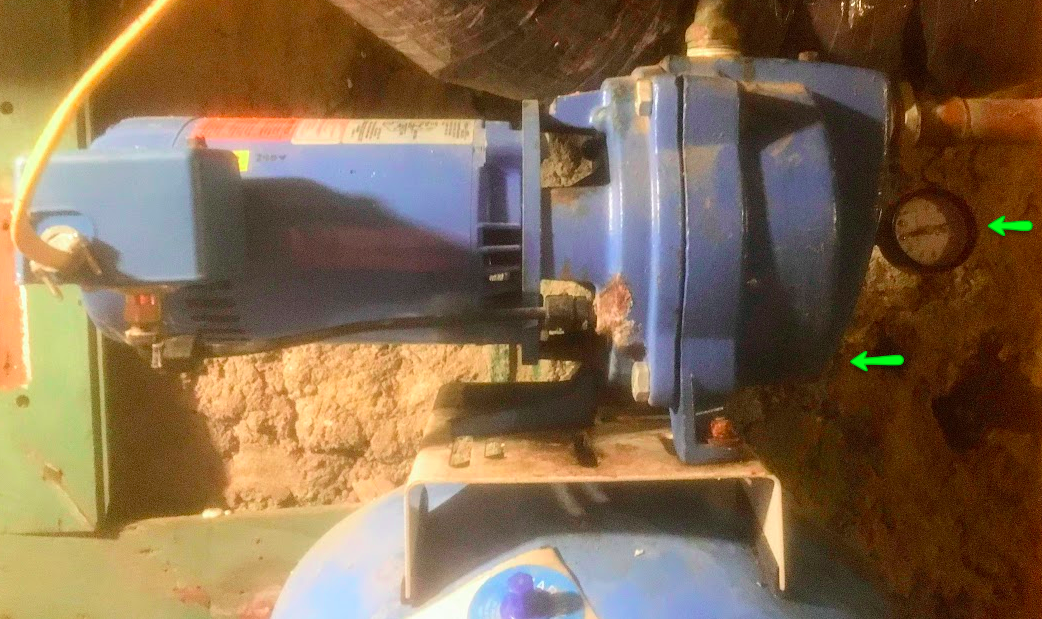 It took a lot of effort & poking to clear both channels, though the top one was much more stubborn than the bottom. We have a dug well (not a drilled well) and I suspect it's been 5-10 years since anyone did this.

But now our water pressure... sucks. The pump cuts in at ~30 psi and cuts out at 50psi. When it's at 50 psi a shower feels the way it always did. But at 30psi it just dribbles out. It's so bad that right now before I take a shower I run the water until the pump kicks on before I even get in.

Why would this happen? If it was the released sediment plugging something up, why would it affect the whole house? And other than cleaning the pump out, the plumbers didn't do anything else.

Browse other questions tagged water-pressure well-pump or ask your own question.