How do I use plumber's tape on a pool float?

The auto-refill float broke off my pool filler recently. I bought a new unit and I was just going to switch out the float part but the guy at the shop said to unscrew it from the pipe and swap out the whole unit because the other part is also plastic and will fail at some point. Personally I think this was a mistake because then I discovered when I screwed in the new one that it was leaking water from the sides.

The image below shows the old broken unit. I thought that was some sort of caulking around the thread but I've been told that it's plumber's tape which I've just read-up about on wikipedia.

My plan: Get some plumber's tape from home depot and try wrapping that around the new thread and see if that works.

My questions:
I tried to take some of the white stuff (tape) from the old thread and add it to the new thread (I thought it was caulk) so the new thread already has some of this in its threads. How do I clean that out?

How many times should I wrap the tape around the thread?

Because the float has to be pointing down to cut off the water when it gets high enough there is only one position that this can end up in. How do I know when it's tight enough? i.e if I continue tightening past a certain point I have to do another 360 rotation to allow for the float.

This has to be installed under water. Any special techniques for this? 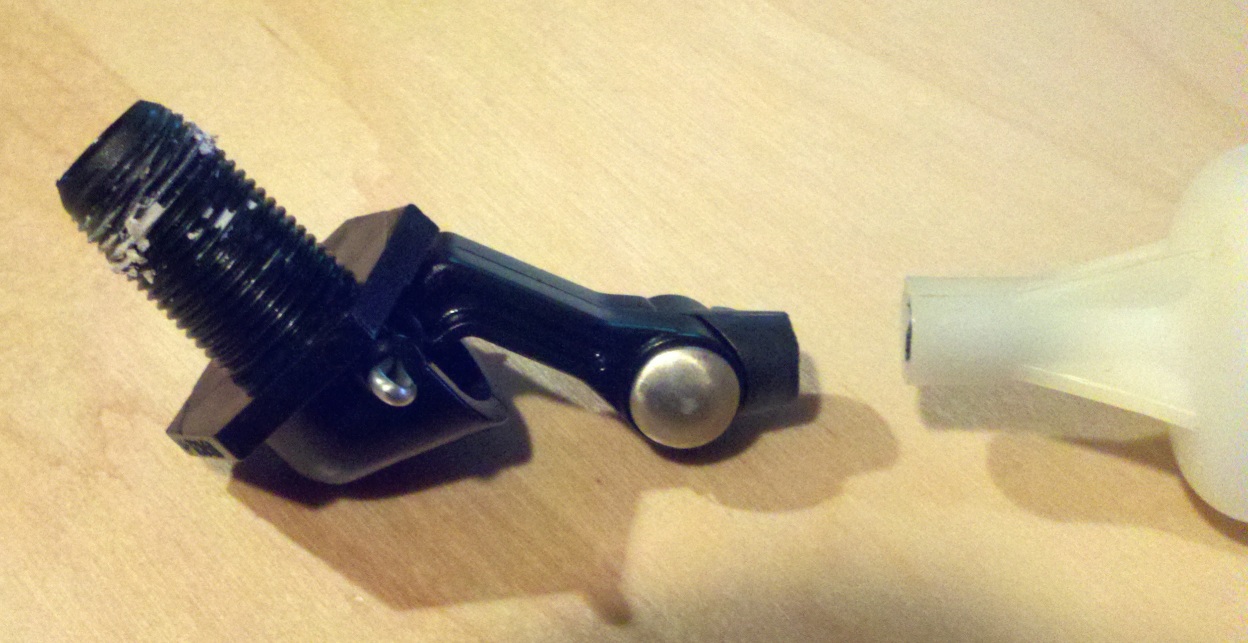 Not the answer you're looking for? Browse other questions tagged plumbing pool or ask your own question.

34
How do I wrap pipe threads with teflon tape?

2
Should I use thread-seal tape for steam pipe?
3
Is it safe to use heat tape on a drain line (p-trap)?
11
Toilet does full-blast, one-second refill every hour or so
5
How to clear pool filter pressure gauge that is stuck?
1
Hot water issues in the apartment and plumbers are stumped?
0
Do I need teflon tape (or something else) for a plastic shower head?
4
Is there really any difference between yellow and white PTFE tape?
1
My new pool pump has a high PSI and bubbles are in the water. How can I repair it?
1
Heating pool with excess AC heat