I have a question similar to (Cutting ceiling joist for attic ladder install) but plan on making a typical access hatch out of drywall and trim. The question differs in other ways too.

Essentially, I want to move the current access hatch (Picture Viewed from the attic) to somewhere more accessible (My brother's closet is really messy and getting a ladder in there is almost impossible.)

A notable difference from the previous question is that the boards appear to be 2x6's.

The current door (By the builders) doesn't appear to have been "doubled up like how (https://diy.stackexchange.com/a/146229/47146) suggests it should have been.

Also, there are several long 2x6's (Seen at the bottom of the frame that I'm standing on running the length of the entire attic already that are nailed to the joists.

Is this ok to cut one joist in another region to make a similar access hatch provided that I frame and secure it in a similar manner to the current one?

In the case of the builders, they decided to cut a joist and make the hatch a horizontal rectangle. Is it common to cut parallel to the joists to avoid cutting one to make such an access hatch? 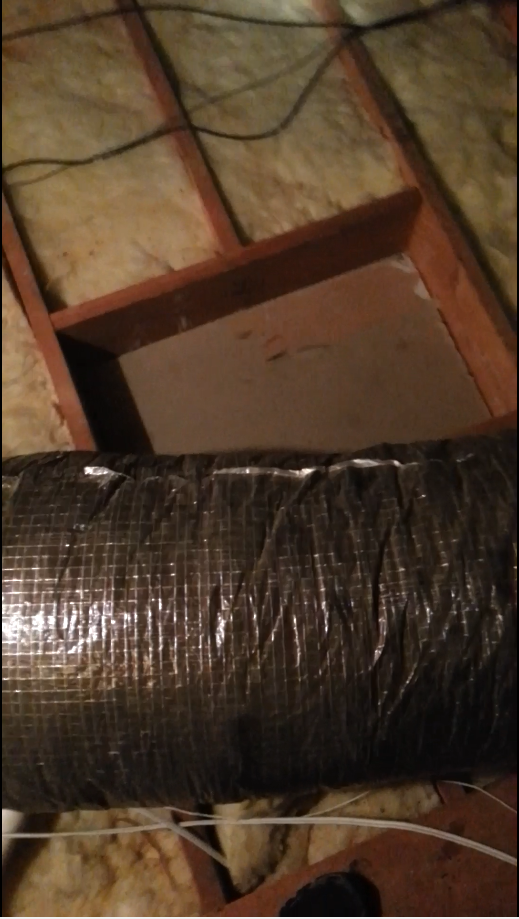 Yes, you can do as you describe. There's no need to double the cross blocks, as the span is short and the only real weight on the truncated joist is the drywall, which partially carries itself across the gap. Just be sure to nail the cut joists into the cross blocks well.

Yes, normally attic accesses are built parallel to the trusses. There's no cutting then, just the installation of two cross blocks.

Not the answer you're looking for? Browse other questions tagged drywall attic joists or ask your own question.