Why are light switch designs different between Europe and the US?

Every single home I've visited in the US has one of these two light switch designs: 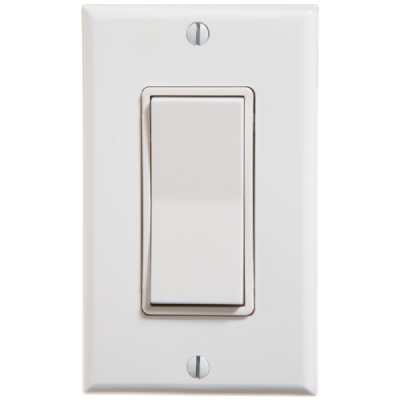 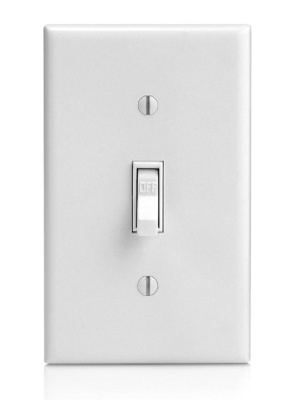 In contrast, homes in Europes usually have their light switches designed like this: 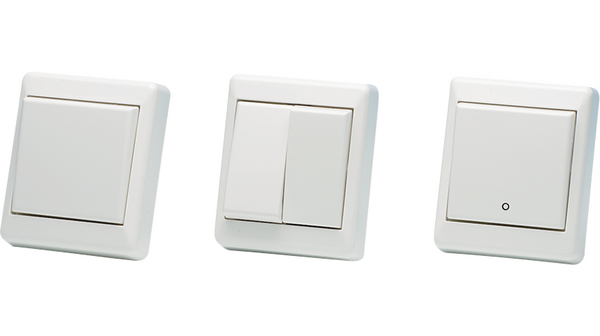 Is there a practical reason for this difference? Could I use a European light switch in the US (or vice-versa)?

Europe and the US have different voltages (230v vs 120v). This puts different requirements on the equipment, and they will be built and rated to suit these. For electrical purposes, if it isn't rated nothing else matters.

ie. a 230v circuit at 10A requires a much lower cross-sectional area of conductors but a higher insulation requirement, with the opposite being true for at 120v.

*It is of course possible to build a switch to meet these requirements and they may well exist, but the answer to "are they interchangeable" is no.

Yes, because it also allows this: 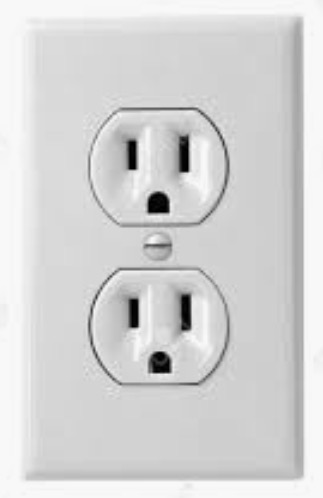 Note the two sockets, which we have found to be indispensable. That's one standard yoke, and all junction boxes therefore are designed to accommodate that one yoke. Here's what it looks like naked. 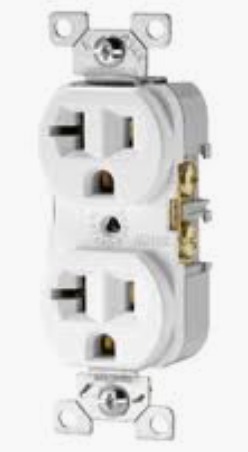 That, by the way, is a 20 amp variant of that same plug, note backward compatibility. Many circuits are actually 20A wired (for which we use stout #12, 3.3 mm2) and either socket is permitted on them, all 15A sockets are internally built for 20A. Appliances which require 20A keying are scarce as hen's teeth, though.

Also, multi-“gang" boxes are built with a standard spacing. Why? Because cover plates are generic and interchangeable: there are a limited number of opening shapes, and you've just seen them all. The small square and dual ovals are traditional, and Leviton invented the big rectangle "Decora" so they could accommodate just about anything. Up to about 3-gang, you can get almost any combo, but then you reach a point of diminishing returns. So if your combination is too eclectic, you just switch to all-Decora type, and do this.

by the way, if you need to plug in a Euro appliance, and it won't be spun to death by our 60Hz power, we have ways to do that in our plug/socket regimes, using NEMA 6, the 240V versions of the above sockets, good for up to 4800 watts. Surely you don't think we'd allow a ”power gap”?

Anyway, you want to plug in a Euro style switch. There's one gotcha.

110.2 Approval. The conductors and equipment required or permitted by this Code shall be acceptable only if approved.

"Approved" means by your local permit/inspection office. They do not run a competent testing lab, so they delegate to agencies like Underwriter's Laboratories (UL). These marks used to be very nationally provincial. But thanks to trade deals like NAFTA, GATT, G7 and all that jazz, countries whose standards are comparable recognize each others' approvals.

So you would need to bring over approved (surely anything sold at Wickes would be approved) junction boxes and switches from Europe. Most likely our Romex cable would be a viable substitute for twin-and-earth, though our fat wires might have a problem fitting your terminals, especially our gratuitous use of #12 on what would be a 13A circuit in the UK.

You COULD use an EU designed switch here, functionally they are identical. But practically it's not going to work because you would also have to import the boxes to mount them in, their switches will not have the right holes / sizes / fill limits as what we use here.

American style wall boxes are easily modified to accept the more attractive EU switches. Wiring them in is standard. Both EU 230 and USA 120 connect the same way. If you choose to use EU switches in the USA just buy the EU boxes at the same time you buy the switches and it's a plug and play operation.

0
Install one dimmer switch which is one of two regular switches
1
Replacing a double wall switch and I am confused by the wiring
2
Why does single pole light switch have 3 wire cable when source is at the switch?
1
Wiring for light switch and exhaust fan
2
Dual pole light switch w/ 2 live, 1 neutral-can I remove the tab?
1
Rewiring light fixture and switch to bring neutral line to the switch: one 12/3 switch-leg vs two 12/2 wire to bring power to switch?
2
How to wire a switch with two black wires and one yellow wire?