How can I prevent silt from clogging my yard drain?

In my concrete back patio, I have a standard 4" square drain cover which allows water to enter a sewer pipe about 6" below. The issue I have is that the sides of this hole are not covered in cement or other material, so sometimes you get mud coming in from under the concrete and clogging the drain. When the lake appears in our back patio, I clear the congestion with my hand.

Who's got a good solution? I was thinking maybe cut open the patio to put in a 12" square cover and then have some room to create a better concrete "sink" to keep mud out and direct water to the drain. Other ideas? Also, who would I call to do this work? 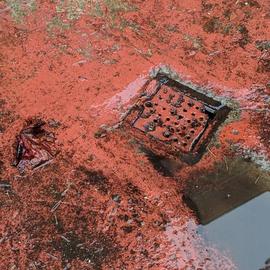 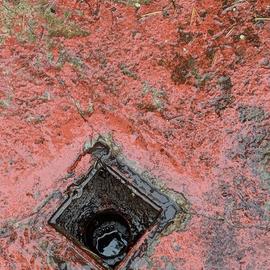 Update & Resolution: Using @FreeMan advice, I ended up filling the gap with hydraulic cement. So far, so good! Having not worked with concrete before, I was impressed with its ability to stay put (and not fall down the drain before curing). Third pic is proof of work. 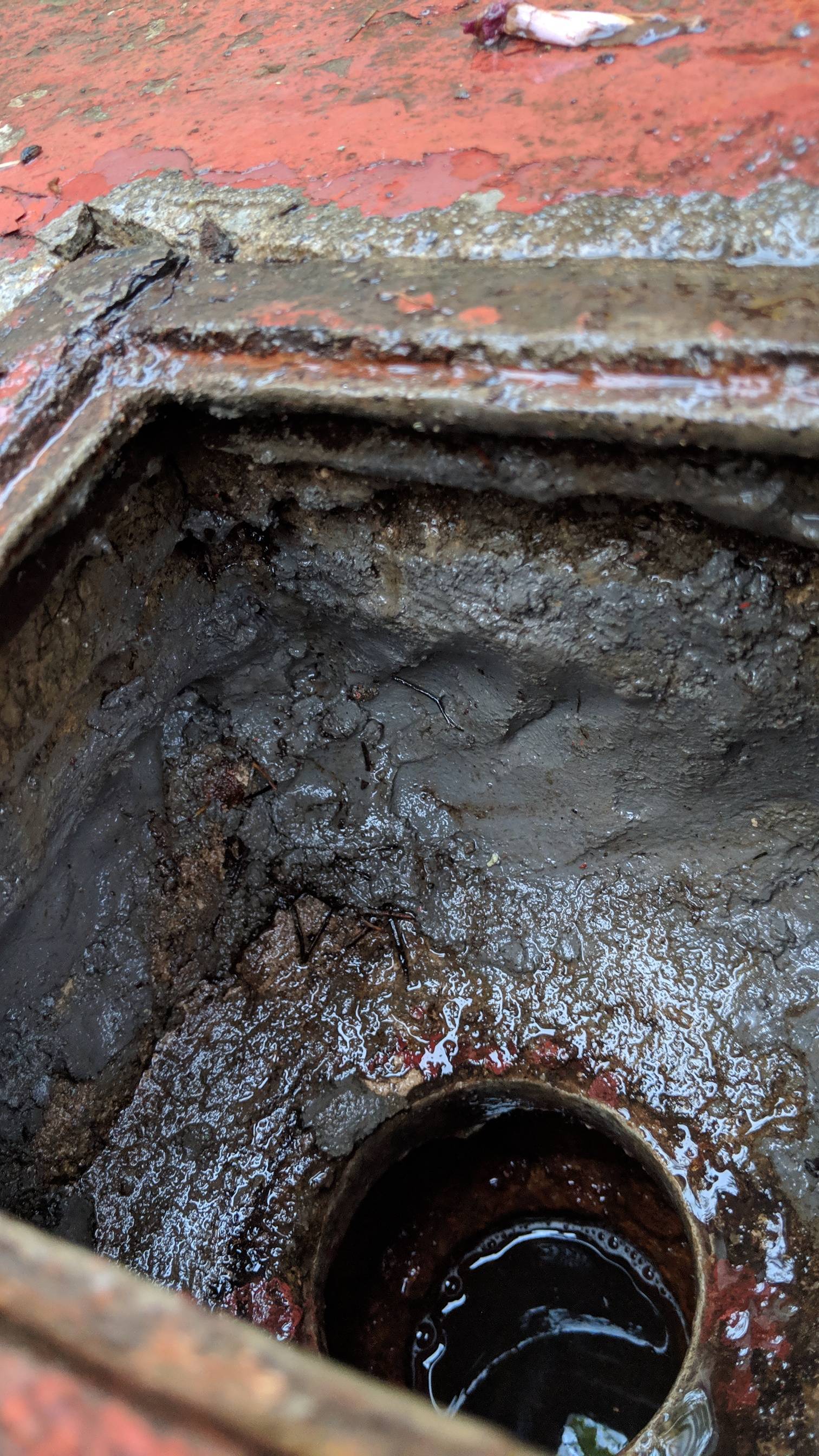 I'm trying to figure out how there's so much dirt inside the frame that the grate screws into. Can you dig that back some? Is that just surface dirt that's been washed in there and collected over the years or is it coming up from below the slab?

If you can excavate some of that dirt around the outside of the drain pipe, I'd do that, then put a fitting on it and a small piece of pipe to extend the drain right up to the bottom of the grate. That should keep the mud from under the slab out of the drain while still allowing the slab itself to drain reasonably well.

I'd also suggest snaking out the drain as you've likely got quite a bit of gunk in there.

An update based on the explanation in the comments:

Since what I saw as dirt around the drain pipe is more of a concrete "funnel". It appears that this is the location where water & dirt are bubbling up from below.

I'd suggest using some silicon caulk or epoxy as a filler around the top of the grate frame. You want something that's designed for outdoor use and can take some wear and tear, as well as remaining flexible enough to not crack in freezing weather*.

This should prevent things under the slab from working their way to the top of the slab and then down the drain.

Another possibility would be to skim the entire surface of the slab, since it's looking pretty tough, with some self-leveling cement, then coating the entire surface with an epoxy finish that's specifically designed for concrete floors. There are a variety that are designed for garage floors - these should be durable enough to hold up to a non-garage, but outdoor use. When you're applying the epoxy, cover over the screw hole in the grate frame to ensure you don't fill it, then bring the epoxy down into the frame to cover that gap.

*I'm making the assumption that you live in an area where freezing occurs. I see a couple of cracks in the slab, and the other wear on the concrete looks like it's led a bit of a rough life.

Not the answer you're looking for? Browse other questions tagged concrete drainage or ask your own question.

3
Can I lay pavers over a concrete patio?
2
How can I extend this concrete pad?
1
How Should I Fill In a Hole in Slab Around Floor Drain
1
Recipe for a weak concrete mix suitable for patio substrate and similar work
1
Sand and refinish uneven concrete
3
Can you "refresh" half-dried concrete just by mixing in water?
1
What is the 4" white pvc pipe in Pool patio concrete slab?
0
Tiling back patio over concrete, with slant towards drain
0
Recommended materials for molding concrete tiles?