How to Turn On a Wall Heater

There is this wall heater in my new apartment.

This is the inside the panel. There is a hole in the middle. The bottom has a knob that only has "off" "high" and "low" modes. 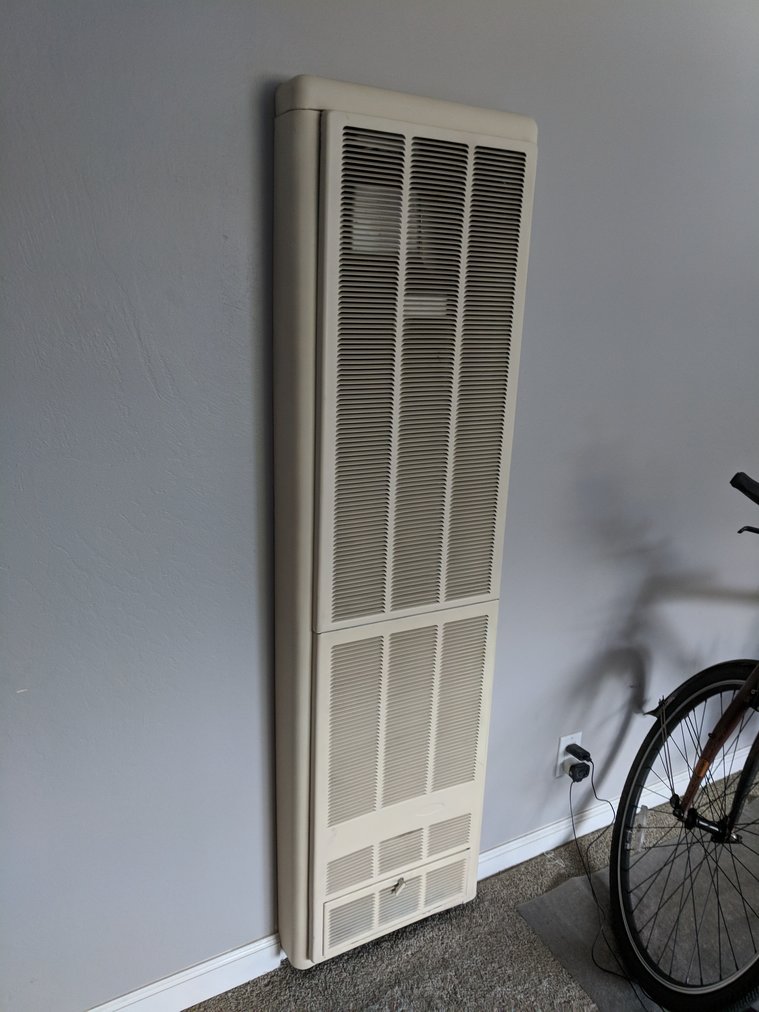 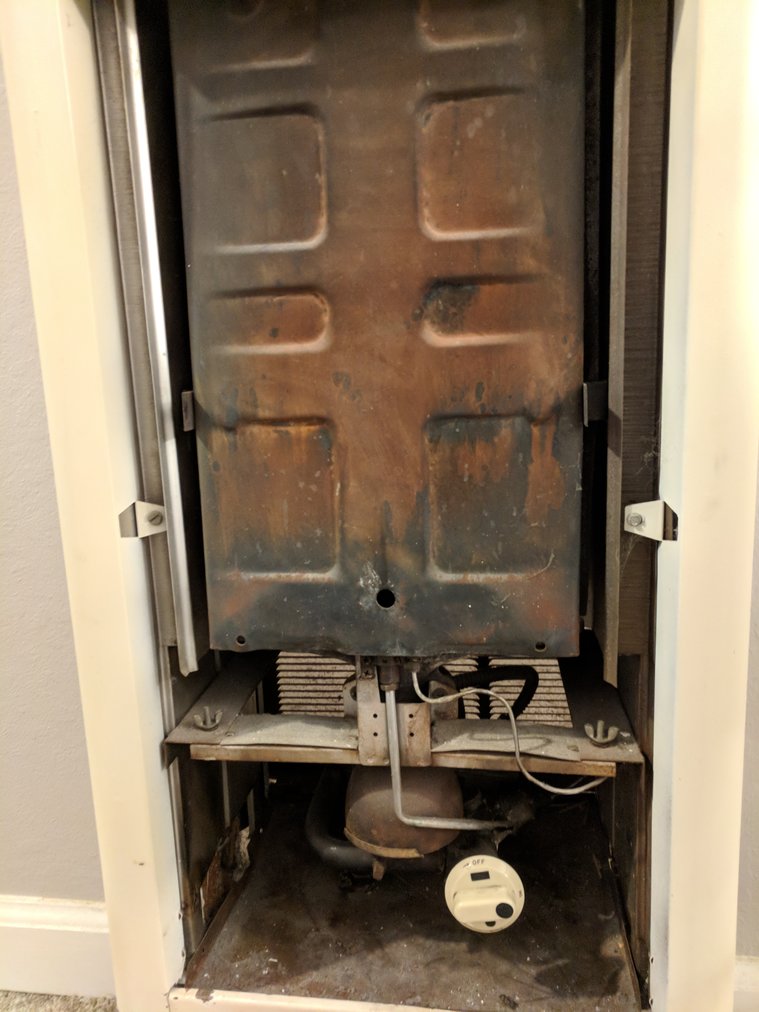 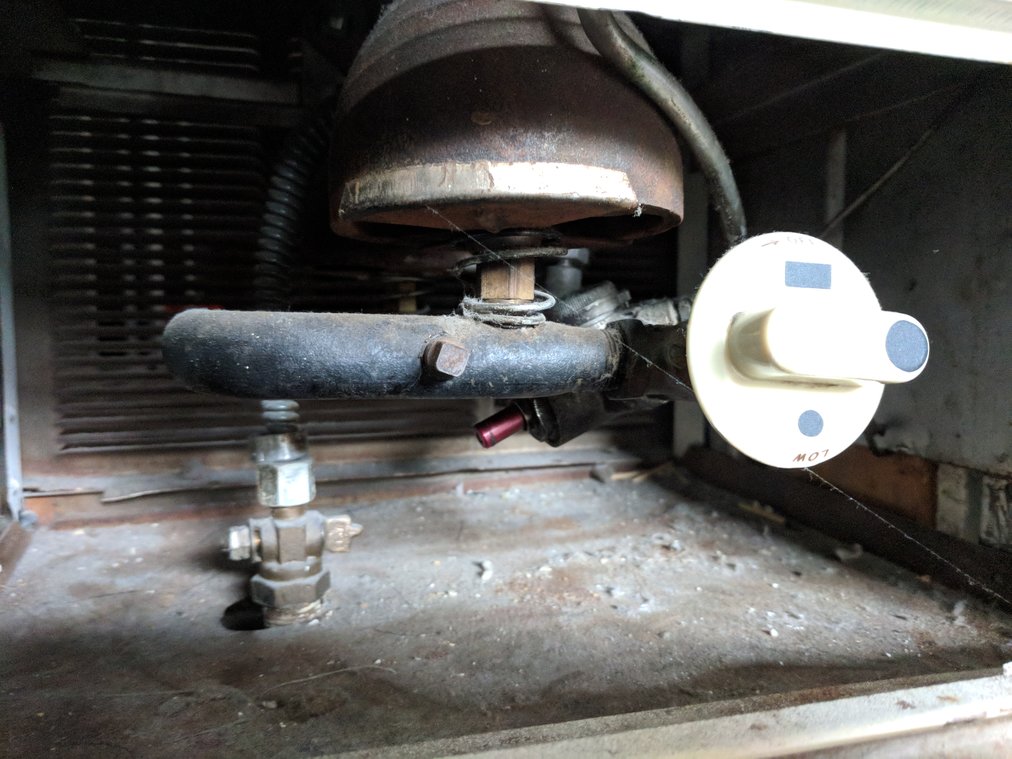 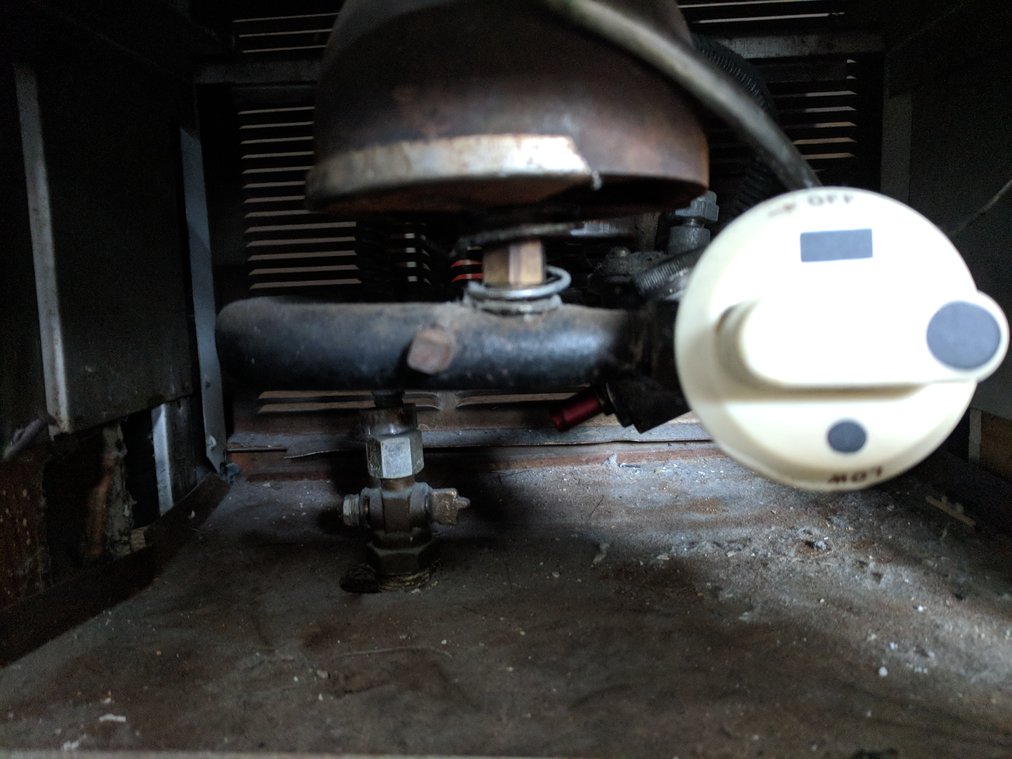 I cannot find anything that says pilot light, or anywhere to light a pilot light flame.

Help. It's 40F inside and bloody cold here. Thanks.

Check the valve in the bottom 2 pictures that is connected to the pipe that comes up through the floor. That is the manual gas valve that may need to be turned if it is turned off. First, turn the knob marked off, low and high to OFF. Then, in the bottom 2 pictures, that RED knob or button that slants to the left and slightly downward will need to be pushed in to allow the gas to flow to the pilot. While pushing that stem in, stick a match into the hole to light the pilot. Hold the red stem in for a minute or 2. When you release that red stem the pilot should stay on, if not , redo the last step. Once the pilot stays lit you can turn that handle set to off to low or high and gas should flow. If it doesn't work you may need to call a service co. for help. Let us know if you get heat.

This is an Empire style wall furnace. It does not need electricity. You'll be glad for that later.

The twisty valve is designed to completely shut off gas flow if it doesn't feel heat from the pilot light. This is a safety feature designed to keep your apartment from filling with gas and exploding. You will find this kind of safety feature on many piloted gas appliances, such as water heaters.

How do you get the pilot lit in the first place? You push and hold down the red button, which tells the valve "flow pilot light gas anyway so I can get the pilot lit and the sensor warmed up." This warmup takes as long as it takes, longer obviously if it is colder.

Then you set the switch to off (w/ pilot), low or high.

I don't see any wiring to support it, it may not be in view. But typically an Empire style furnace will have a Real, Actual Thermostat somewhere on a wall. This is powered by a loop circuit: from a thermocouple near the pilot light making electric current from its heat, to the millivolt thermostat which turns on electricity (or not), to the solenoid valve which lets gas in, back to the thermocouple.

Not the answer you're looking for? Browse other questions tagged heating gas natural-gas pilot-light gas-burner or ask your own question.

1
Clicking sound from water heater after flushing toilet?
0
What is causing my gas water heater to make a high pitched noise?
0
Old bathroom gas heater - how to cap it off?
0
Tempstar furnace, pilot light turns on then off in 1 second
1
Gas hot water tank leaking - water turned off, what about gas? Repair or replace?
0
Gas Oven - Very Low Gas Flow
1
How to light the pilot for an old Gas Heater
0
Gas fireplace shuts off after a few minutes