I'm working on replacing an old rotary timer switch with a new smart switch, that controls two outdoor area lights. However after getting everything wired up, the switch is not turning on the lights. Here's what I'm working with. 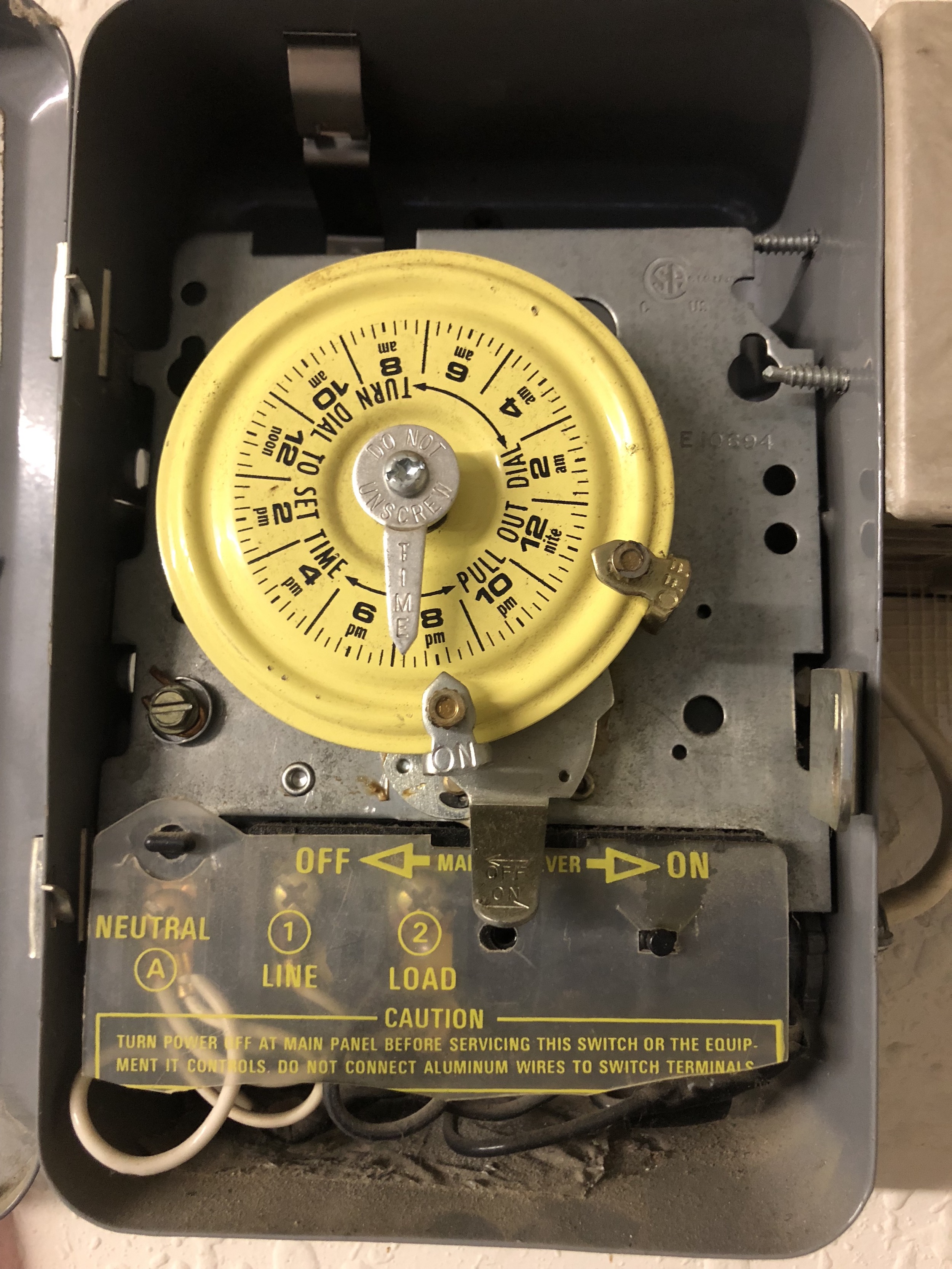 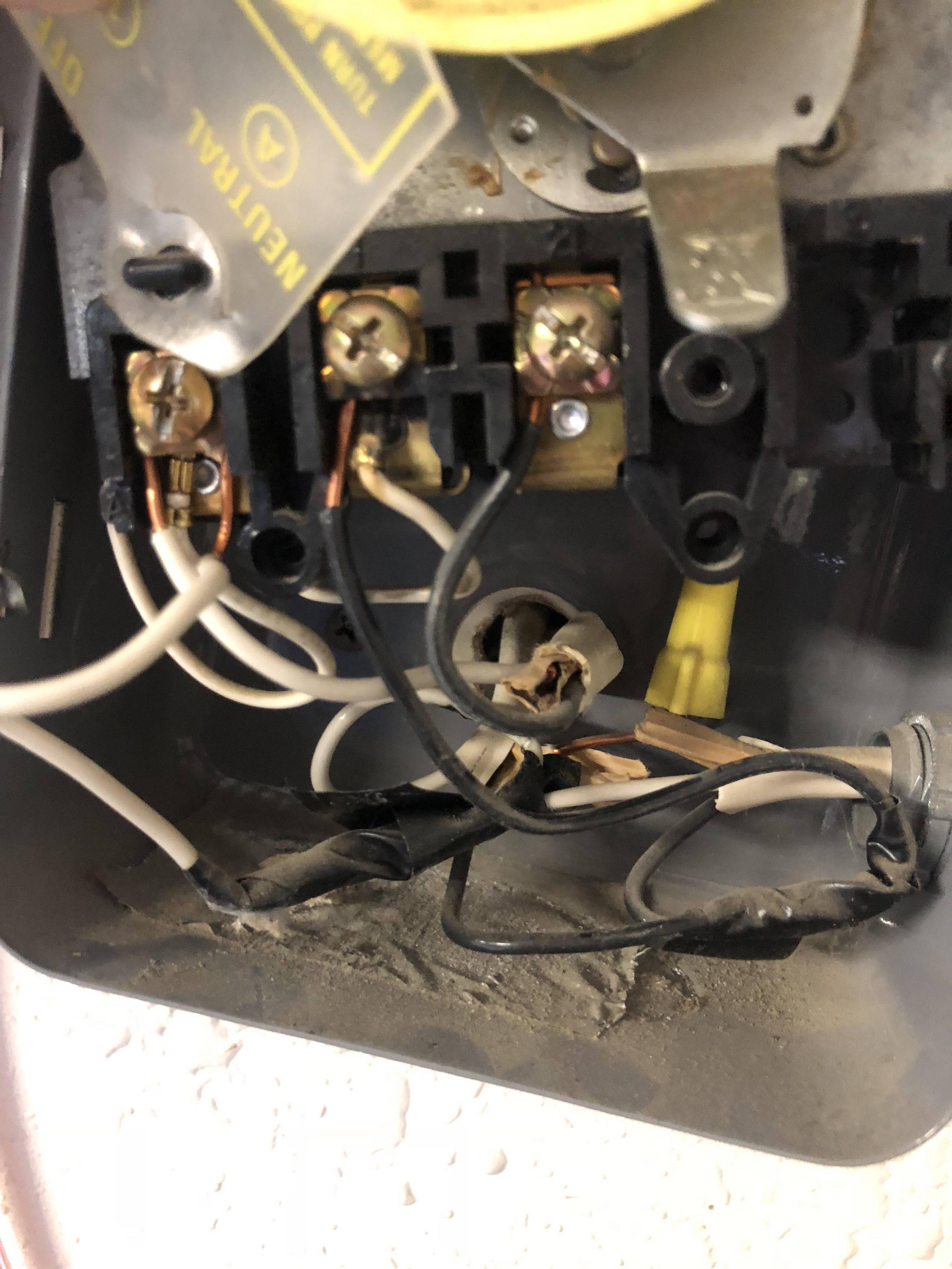 There's also more info on the specifics of the old wiring in this post where I was originally asking what my options were.

Outdoor area light - there are two of these that the switch controls: 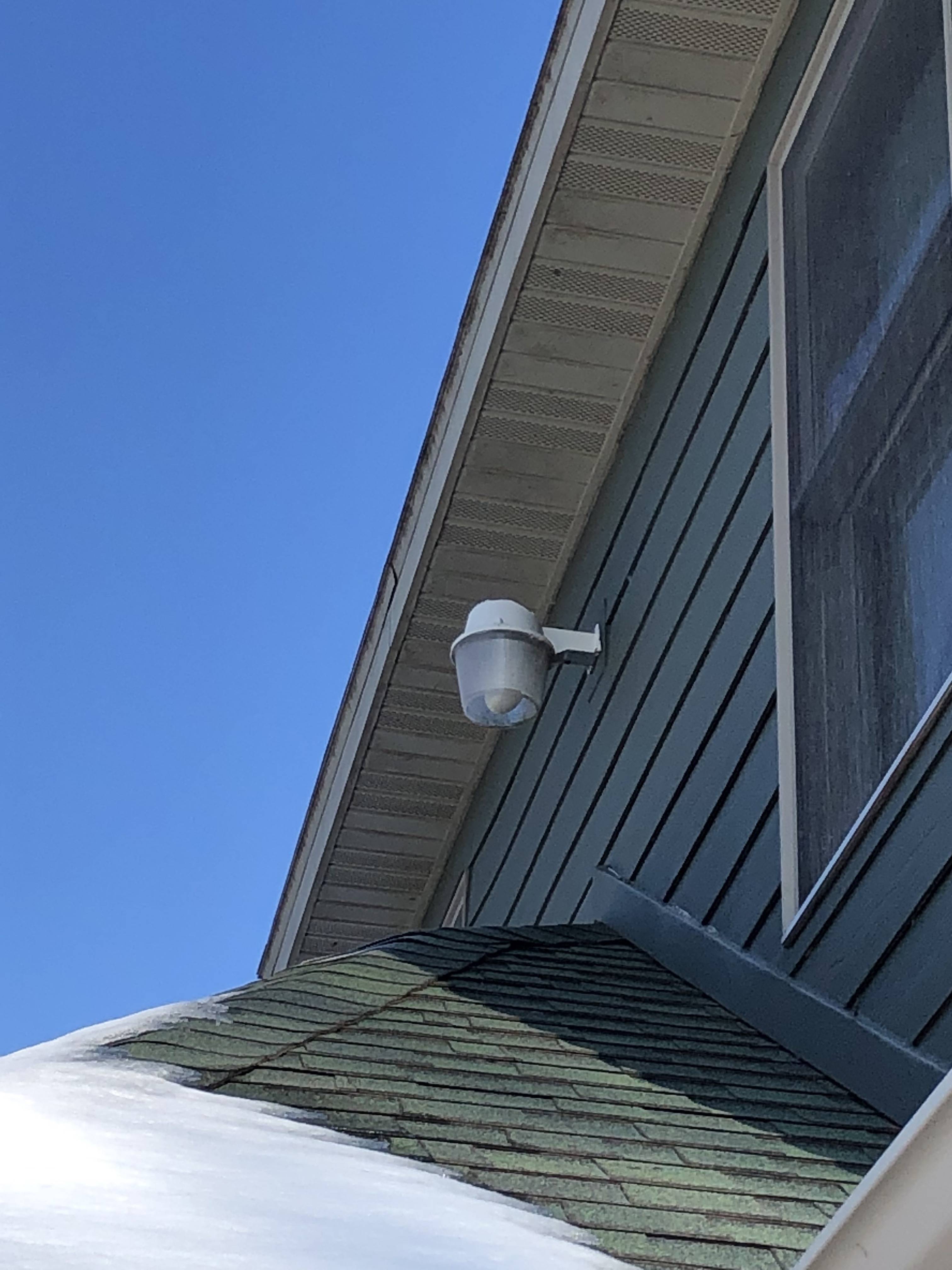 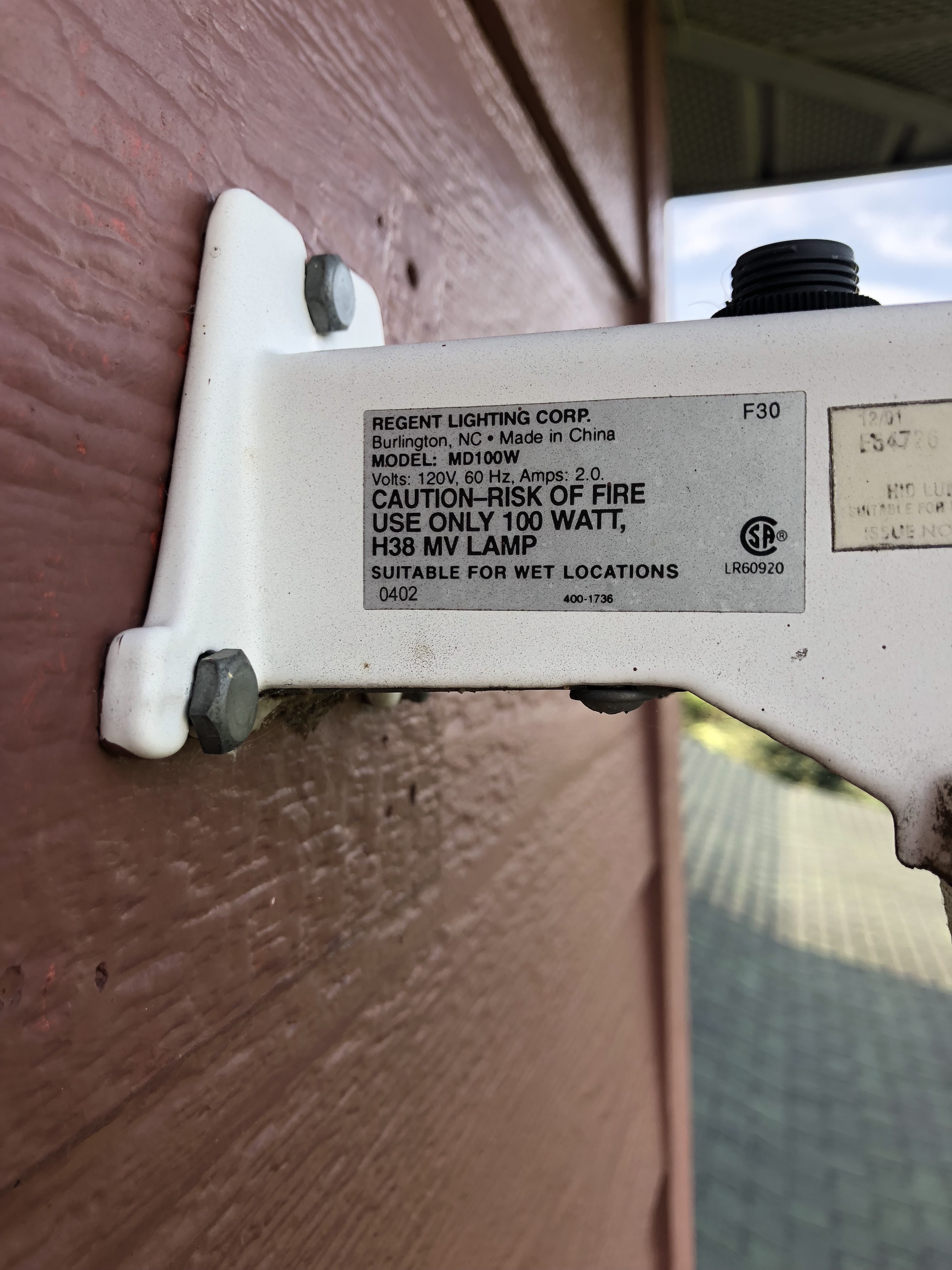 Here's the bulb that I recently put it one of these lights. The other one has a similar bulb that was working. 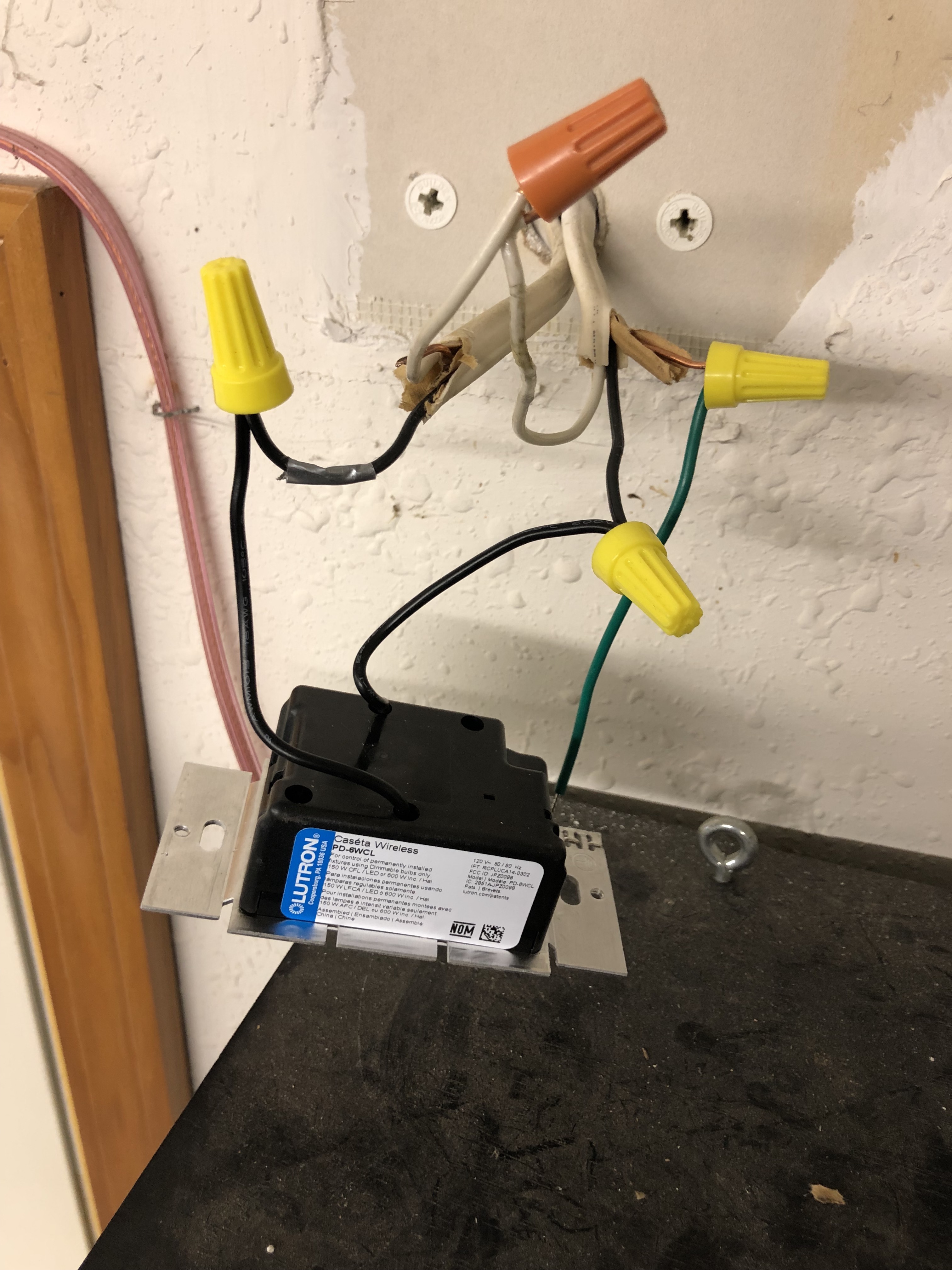 After wiring this up, I'm able to see the status lights on this smart switch: 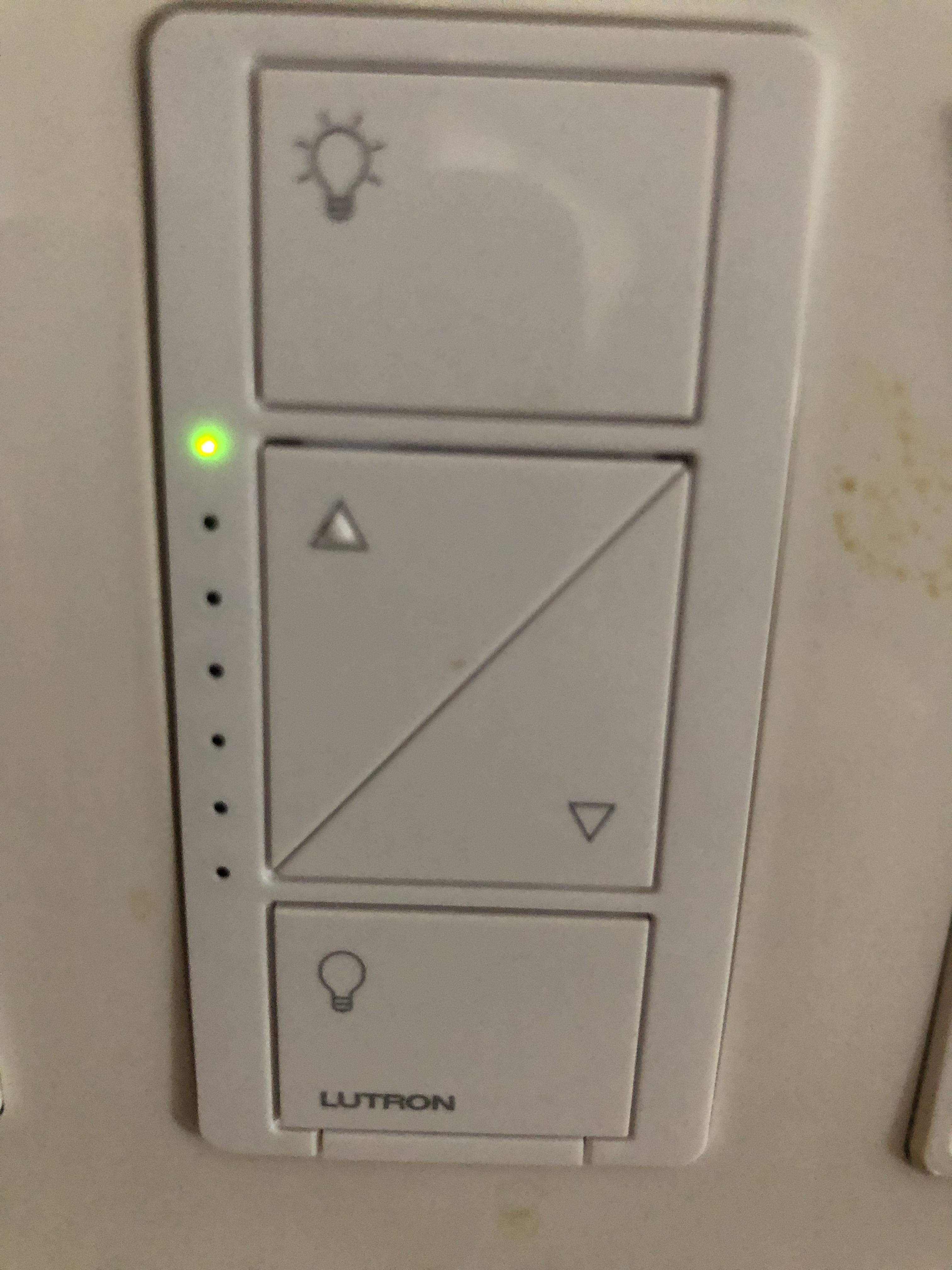 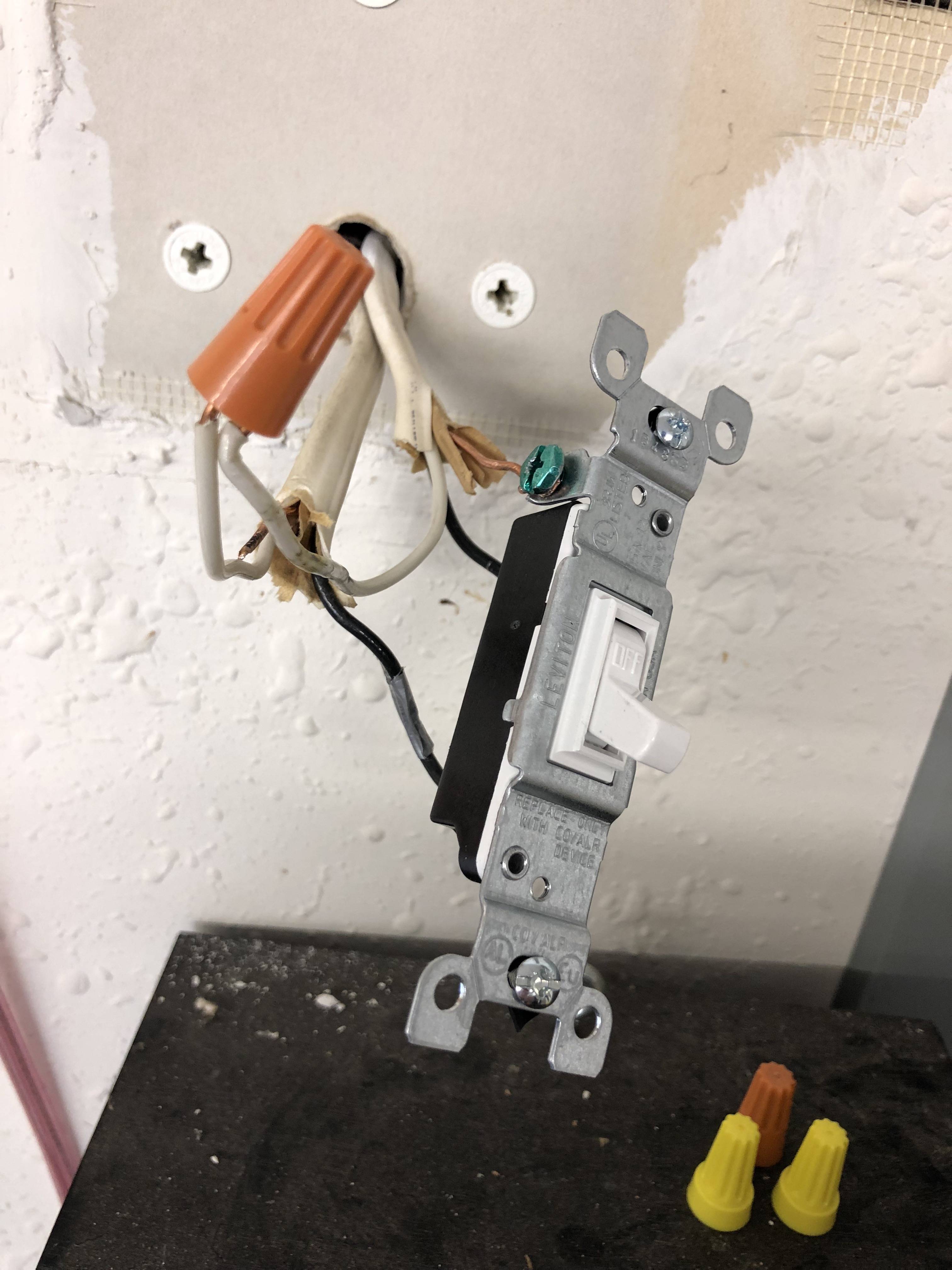 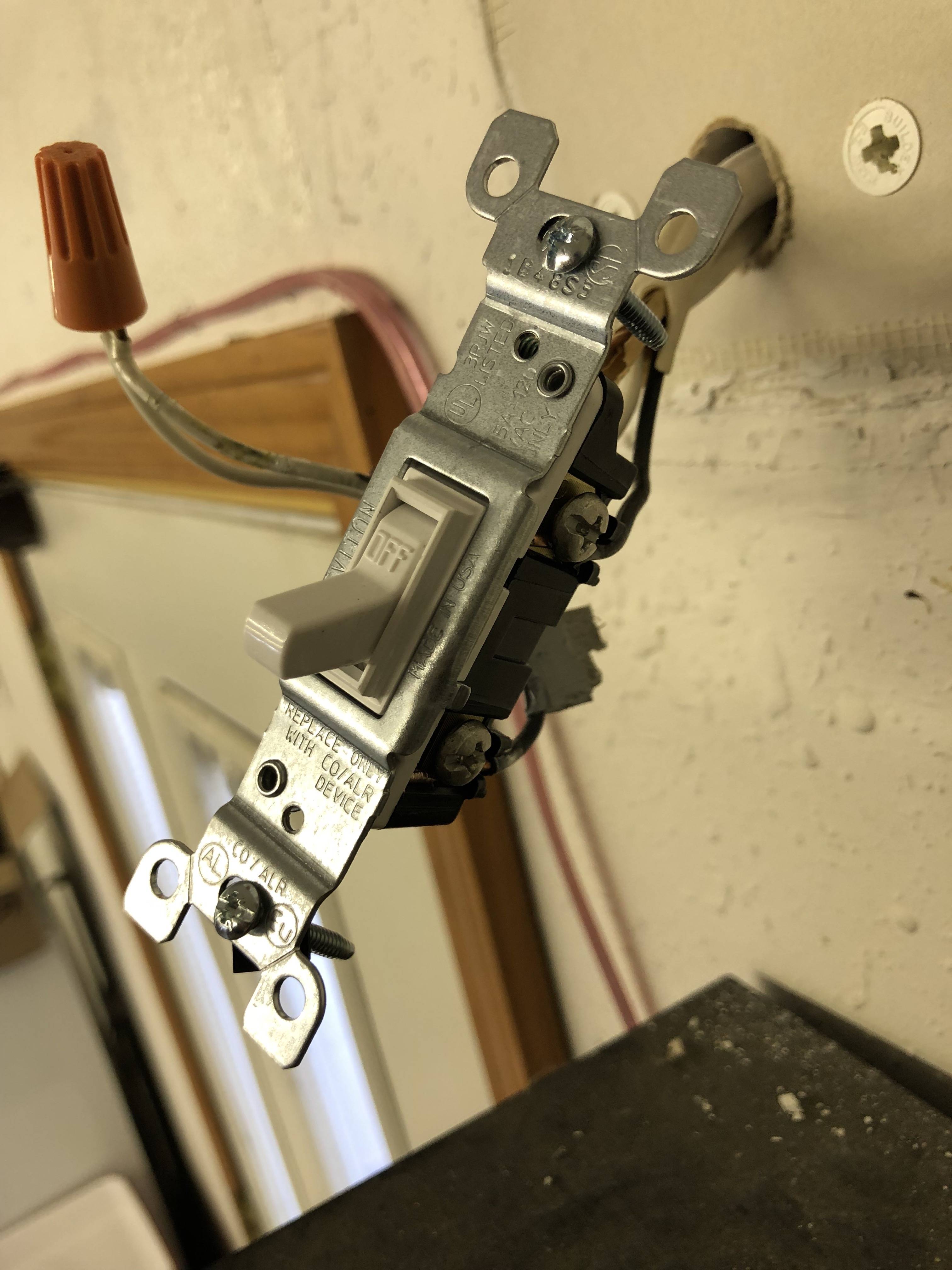 Any suggestions for what's causing the problem here and how to go about fixing it?

You have a photo cell on top of that light. Try it at night or turn on and climb up and check voltage at light wiring. Also you need to put it on an electronic outdoor timer and not on a switch.

I cannot answer your questions regarding the wiring and why the lights do not switch on and off. But clearly there is something misunderstood regarding what wires have to hook to what in order to allow this to switch correctly. With that said there are a few things that do require comment here. 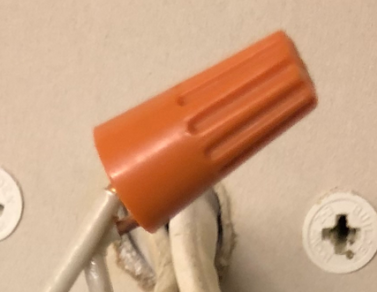 I agree with what Michael said above, I believe your issue with the fixture may be 2 part now you have them on a proper switch. First there is a dusk to dawn sensor this light will only turn on once the light level is low enough. The sensor is the black thing on top with a lense and looks like lines that is the detector. 2nd mercury vapor lights take time to "strike" and warm up, some may take several minutes before much light is visible and up to 5 minutes for full brightness. If you want to test the light during daylight you will need to cover the sensor. A couple layers of black electrical tape work well to do this. Give that a try or wait until dark as it looks wired correct but needs a box as Michael discussed.+

I know you are thinking of that unit as a "smart switch", but it is plainly a dimmer. As a general rule, if a switch is a powered switch (lighted switch, motion sensor, smart switch, dimmer, etc.) that does not have a neutral wire, it is special, and must not be connected to anything except a) an indandescent, or b) LEDs listed and labeled for dimming. The reason is the bulb itself must allow leakage current through the bulb, to power the switch itself.

You certainly never hook any dimmer or powered switch to a discharge light... Those include the fluorescent*, neon and HID families, HID includes low pressure sodium, high pressure sodium, mercury vapor, and metal halide. All these have have very, inductive ballasts, which do not like having their power supply limited, and will make every effort to set the dimmer on fire.

To smart-control this light, you must find a smart switch specifically listed and labeled to control HID lighting, has a "ballast rating" within your ampacity (2.0 from the label x 2 = 4.0A), and takes a neutral wire. If you ever figure to upgrade this light to LED, also lok for one with a "tungsten" or "LED" rating for whatever your LEDs will draw (about the same, I would think).

* It's possible to get dimmable fluorescents but they use unusual control systems, not run of the mill Home Depot dimmers. I've never heard of dimmable HID, except in the "indoor horticulture grow light" business, who are the only people still advancing HID technology.

1
Are there "uncommon" 3-way switch wirings?
1
Light switch with five wires controlled by two circuit breakers: What is this?
2
Options for Replacing T101 Rotary Timer With Switch
14
What could be causing changes to a smart bulb to affect a regular bulb on the same circuit?
0
Help with 4-way (5 switches, 2 lights) wiring and Inovelli / Lutron Caseta Pico replacements