What is this in my wall? 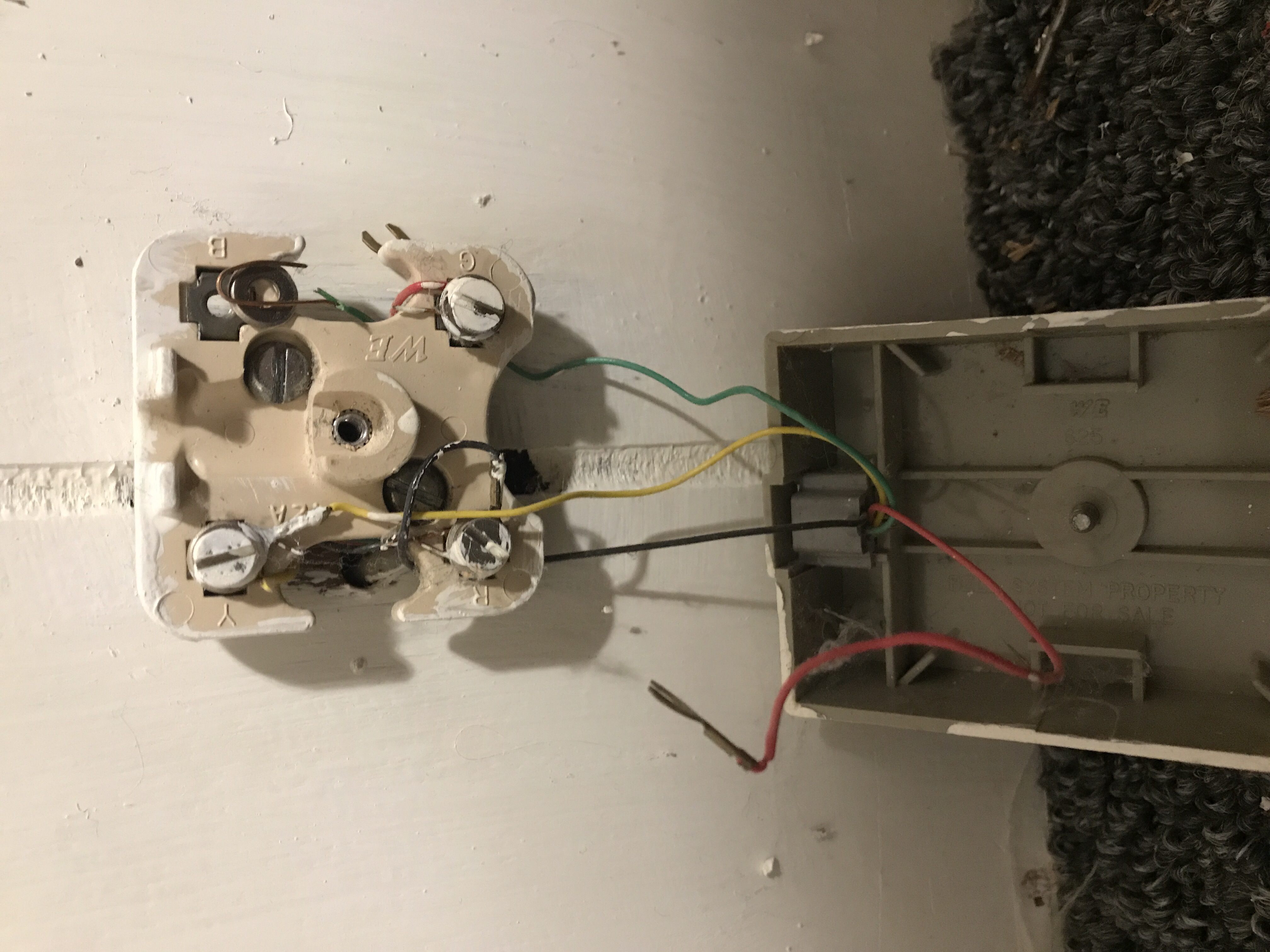 This is a telephone jack. If you measure 48v DC or so between wires then it is live, even if you don't currently have phone service. Ideally - live or not - you should try and find the other end of the wires and disconnect it if you aren't going to use it. That could be another jack elsewhere in the building or a patch panel or terminal block - typically on a wall in the basement or on an outside wall.

It is generally safe to remove this (i.e., cut off what you can see and cover it up) if it is not live, but that could confuse someone later on who finds the other end and is trying to install phones and can't figure out where a cable ends.

It is not safe to remove this if it is live (e.g., 48v DC) because (a) if the wires short it will affect any equipment that is connected to the same phone line and (b) even low voltage/low current could potentially be a fire hazard. That is extremely low risk if outside the wall, even if not quite connected correctly (as is the case currently) but hidden inside a wall that would not be a good thing. The risk is low - if you really want to disconnect it and you can't find the other end, taping (electrical tape) the end of the cable to protect it is advisable.

2
How do I determine which phone line goes where, without any special tools?
12
Mysterious cord running from wall. Safe?
0
What is the easiest way to run telephone cable between floors without fishing them through the walls?
1
What is this utility box found above a basement bathroom?
6
What is the purpose of power going into a Phone Receptacle?
2
Do I need an ADSL faceplate if I am not using my phone line?
0
How to join 2 telephone wires to pull through wall
26
How do I remove this wall plate with no visible screws?