What's up with the PEX on this shower valve?

I've been using PEX for a couple years now. I came across a few shower valves recently, but the 1/2 PEX lines for the hot/cold are not what I'm used to seeing. Please compare my photo (top) with a similar Moen model but a different type of PEX connection.

I've only used the PEX clamps that they sell at Home Depot, will that even work with this valve? 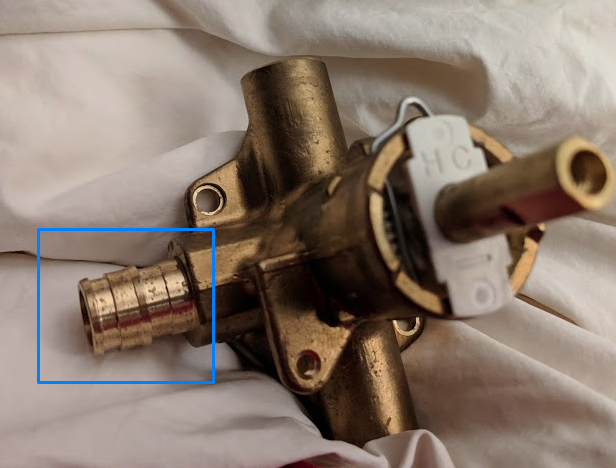 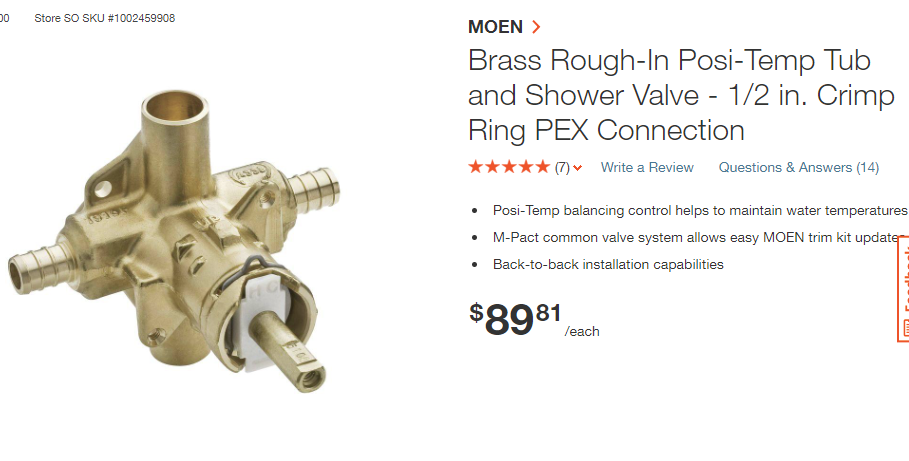 That is for PEX-A (Wirsbo/ProPEX/Expansion). Its the expansion type, not the crimp type that is PEX-B, cheaper, and available at big box hardware stores. PEX-A is slightly better for strength and leaching, and is available from supply houses but costs a bit more.

The way that PEX-A is, it tries to return to form when expanded, so with a special tool it is stretched out with an expansion ring over it, slipped over that fitting, then it shrinks back down in about 10 seconds and holds on. No crimp rings or anything other than the PEX itself holding the connection together: 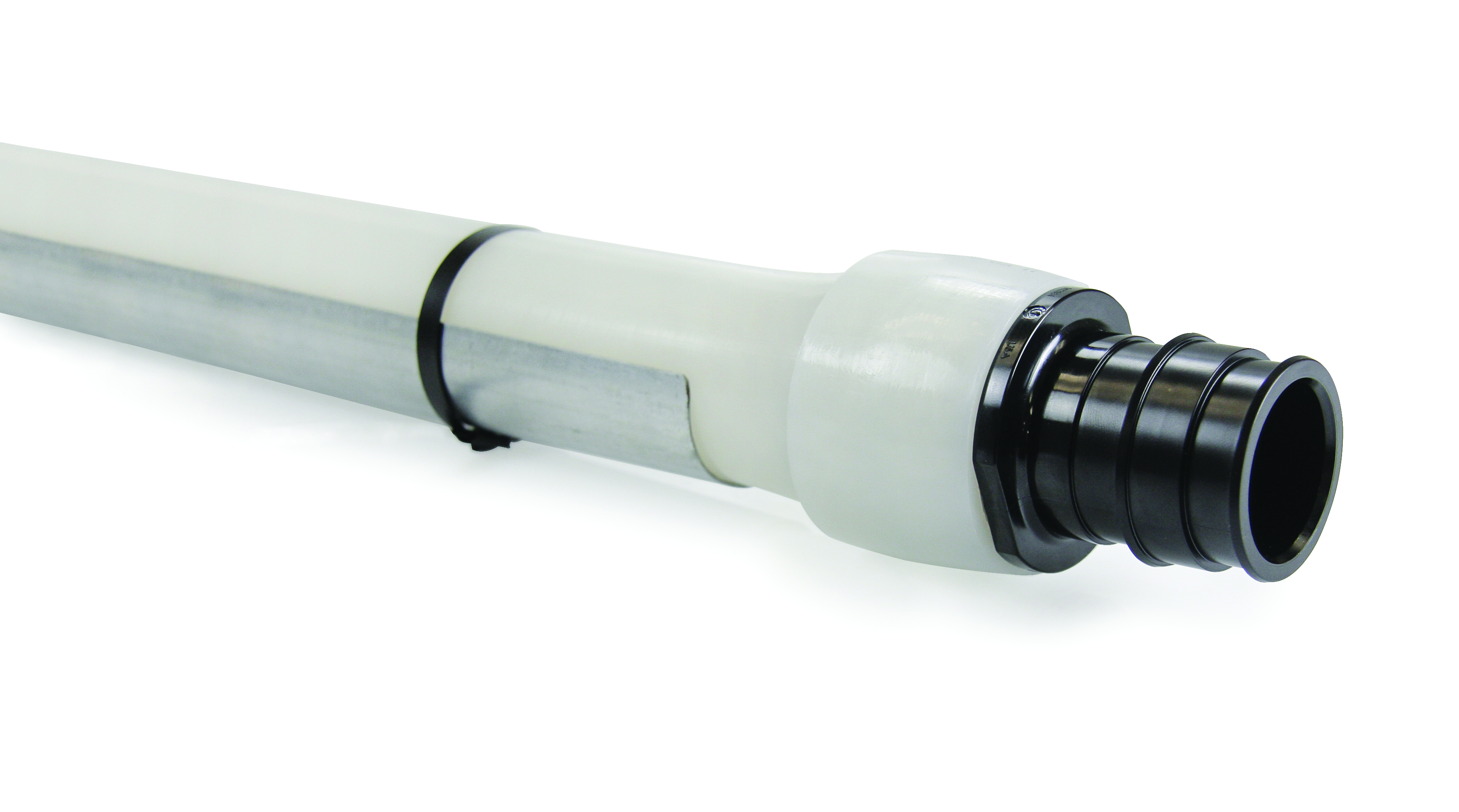 While you probably could put PEX-B crimp style on this fitting, its not supported by the manufactures and probably isn't worth the worry of it slipping off someday. The ProPEX fitting lacks the barbs that the crimp type fitting has.

Not the answer you're looking for? Browse other questions tagged plumbing shower valve pex or ask your own question.

4
Why is boiling hot water coming out of every faucet, and even the toilet?
1
Mount glass shower wall with adhesive to avoid drilling holes in the bathroom tiles
1
Washing machine shutoff valve won't close
0
Hot water tank cold water is always flowing
1
Is the unused hot water line cooling all the other hot water lines?