Replaced a light switch and now it’s always on. Pops if you flip the switch

Replaced a light switch with a dimmer and now the light won’t turn off and pops if you turn the switch off. The box contains 3 black wires, 3 white wires, and a ground. Only one wire is hot, the black one with the piece of electrical tape. The 3 white wires were connected together and the three black ones together. It was a single pole switch and replaced with a single pole dimmer. I even tried putting the old switch back on and it’s the same issue. You can see all 6 wires in the pics. There is an outlet box below the switch nozzle not sure which wire goes where. House was built in 1982. Any help would be greatly appreciated. 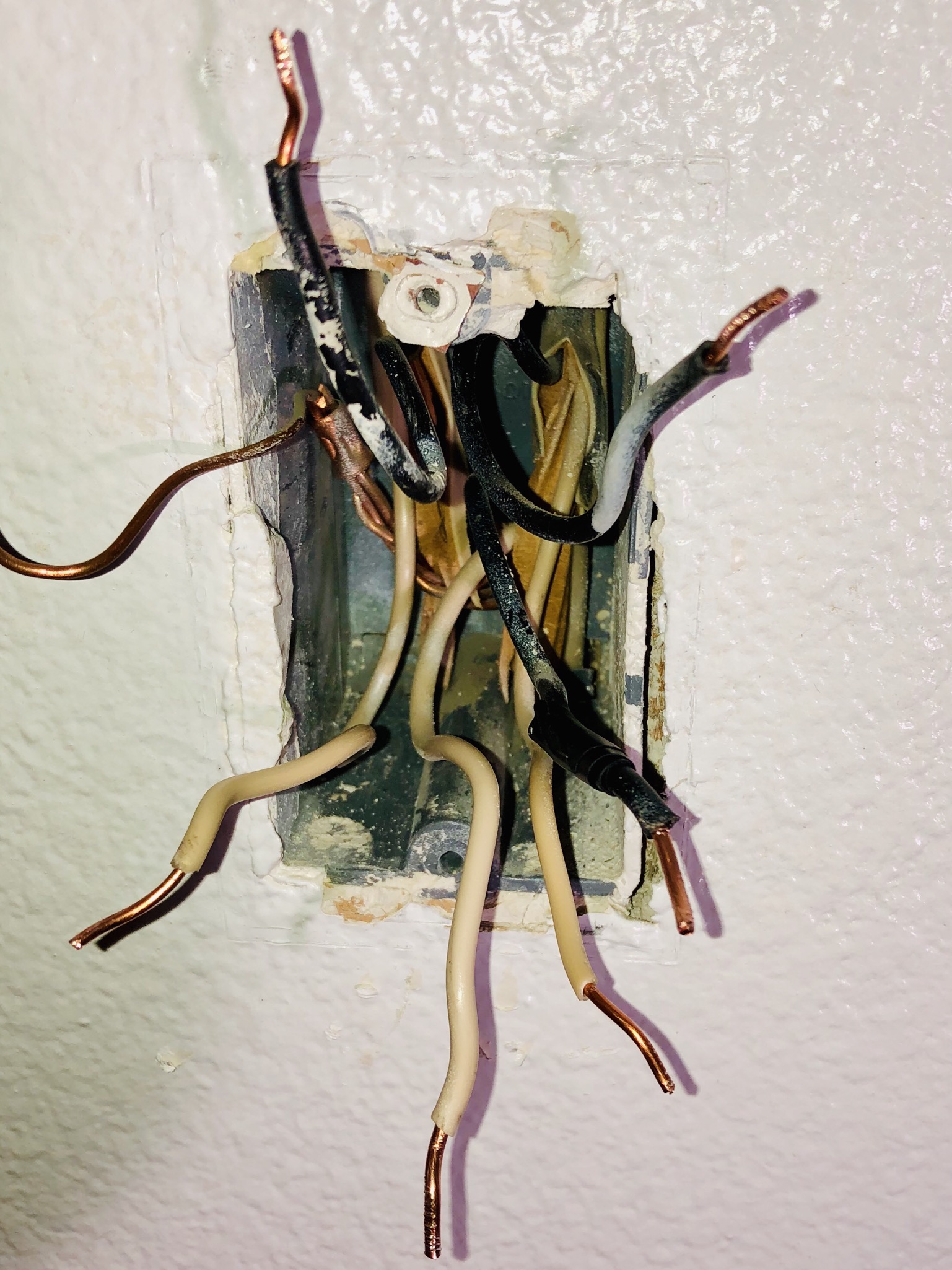 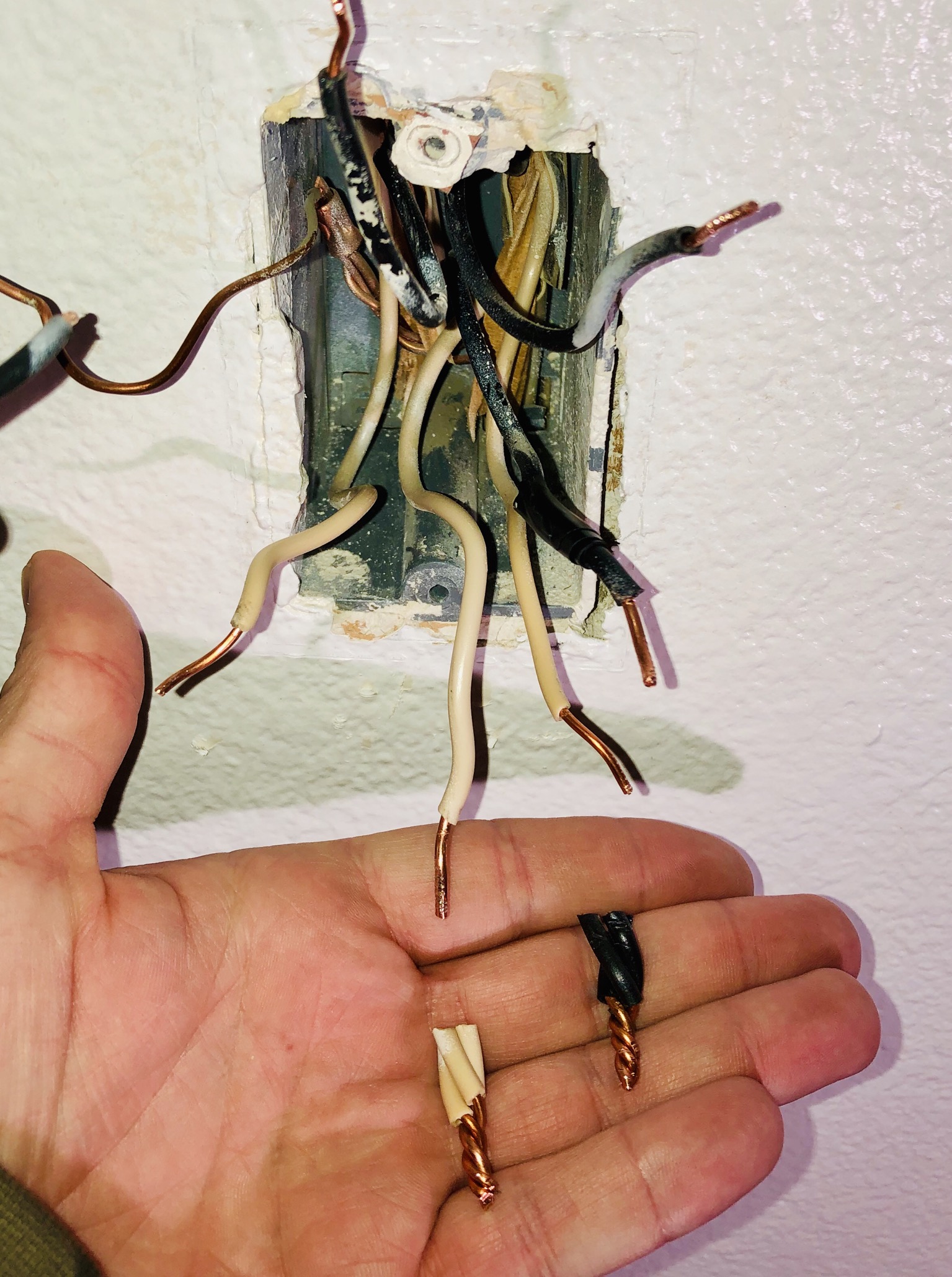 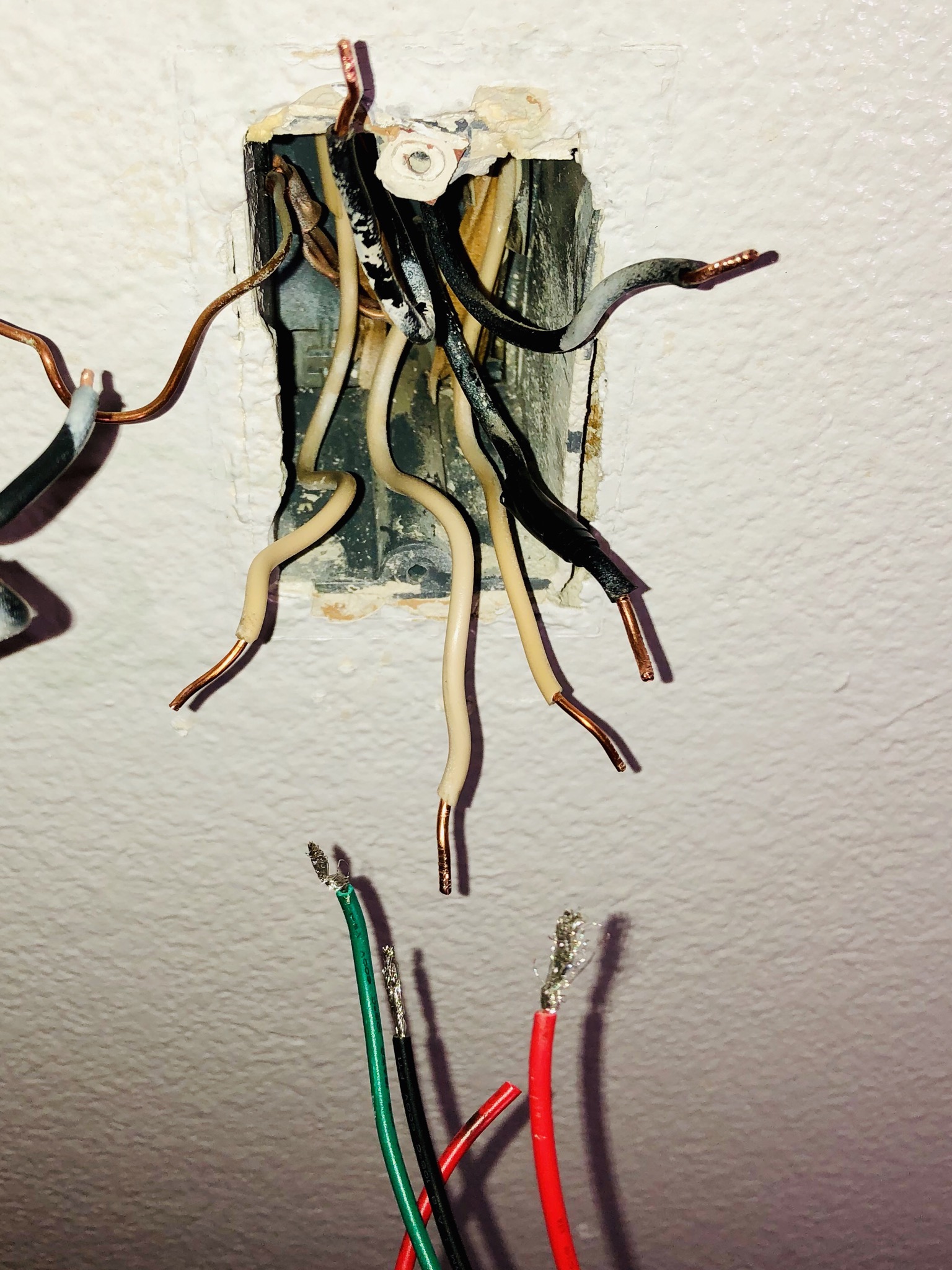 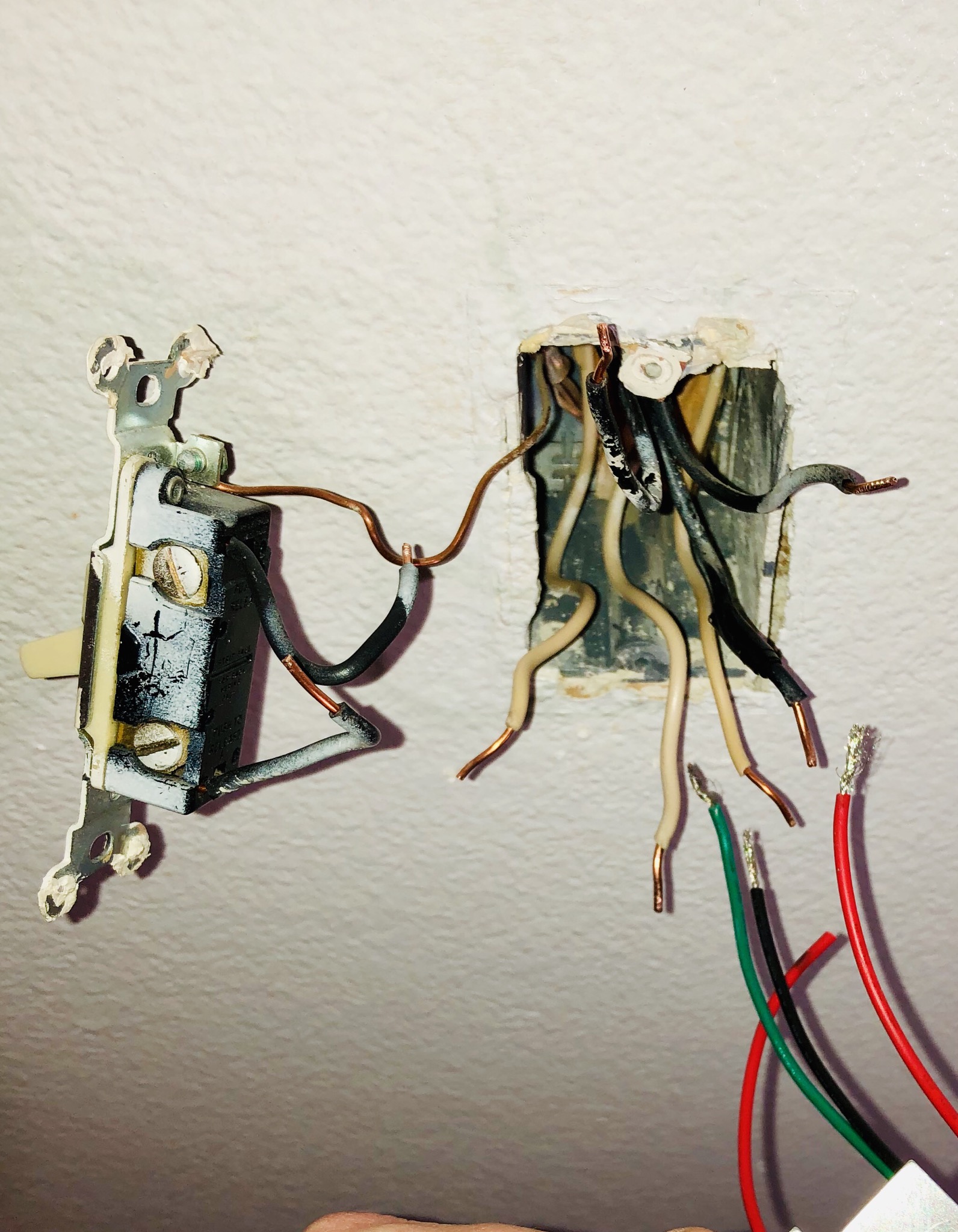 It appears in this box, all the whites are actually neutral. Splice them together, fullstop.

Now, splice the known-supply-black (hot) to one of the other blacks. Hopefully one of two things will happen, either a lamp will light continuously, or some downline outlet that is now dead will spring back to life. If that black wire turns a lamp on, mark it with red electrical tape, sold in 5-color packs for $4.

Now at this point all the black wires should be always-hot and all the red wire(s) should be lamps.

Go get the instructions for your dimmer.

Test, button it up.

Next time you do this...

You got into trouble for reasons. Learn them and don't do them again.

Don't take apart more than absolutely necessary. The actual job involved only interacting with the two wires landed on the switch backstabs, and its ground. All that other stuff was out-of-scope for the project.

You should have yanked the two wires out of the backstabs on the switch, (or cut them, those are pigtails, cutting pigtails is fine). That would have given you only two wires to deal with, lots easier than six. You would have quickly figured it out.

The usual reason we see people do this is curiosity. Now let's pause and think about the rationality of this. You don't know the craft. You want to know the craft, so you want to see how things are put together. Fair enough. But learning electrical by dismantling your house doesn't seem very efficient, does it? It's not. Get a book. Go to a library and pick a 2011 or newer book on home wiring that feels accessible to you, and devour it. Learn all about grounding electrodes and receptacle tabs and switch loops and subpanels. Don't attempt to "learn on the internet", because Google only answers questions, and you need a well-rounded primer on the field to know which questions to ask. In other words, Google only gives you swiss cheese knowledge: you don't know what you don't know.

Having done so, you're ready to lurk around here and read answers and try to guess who the smart ones are. A few answers might come out of you - we'll tell you if it's wrong.

Don't cut off in-wall wire length unless you absolutely have to. That length is too precious to waste, as it can't ever be replaced without demolition work. Cutting those wirenut/twists off was senseless. You will simply be putting the white wires back as they were, and the black wires were already correct with a pigtail that you could've attached the dimmer to. Shame, the splices were very well done.

It's much better to untwist that wirenut or side screw, or twist-pull a wire out of a backstab... (which wrecks the backstab, but that's alright, you'll never use a backstab.)

Of course, don't use backstabs; they have a lot of reliability problems.

Not the answer you're looking for? Browse other questions tagged switch replacement or ask your own question.

2
Replacing light switch with dimmer switch… white wire?
1
Wiring Help Needed to replace Ceiling Fan w/light to light only (see pictures)
1
Wall switch connections for a ceiling fan and light
0
Bypass a three-way switch for the next single pole switch in the same circuit to work on a different light?
2
Switch with 2 black, 2 white, 2 ground and 1 red wire connected to ceiling light and a receptacle?
0
Fried dimmer turns lights on/off but new dimmer won't
0
How do I connect this dimmer switch?
0
Two black wires connected into a single black wire in light switch box