Tried installing a Gosund smart light switch this weekend...didn't go so well. Got it wired up (I think) correctly - attached a picture of the rat's nest behind the plate and did some highlighting of some unclear wires - but the unit wouldn't power on. Trying to figure out next steps. 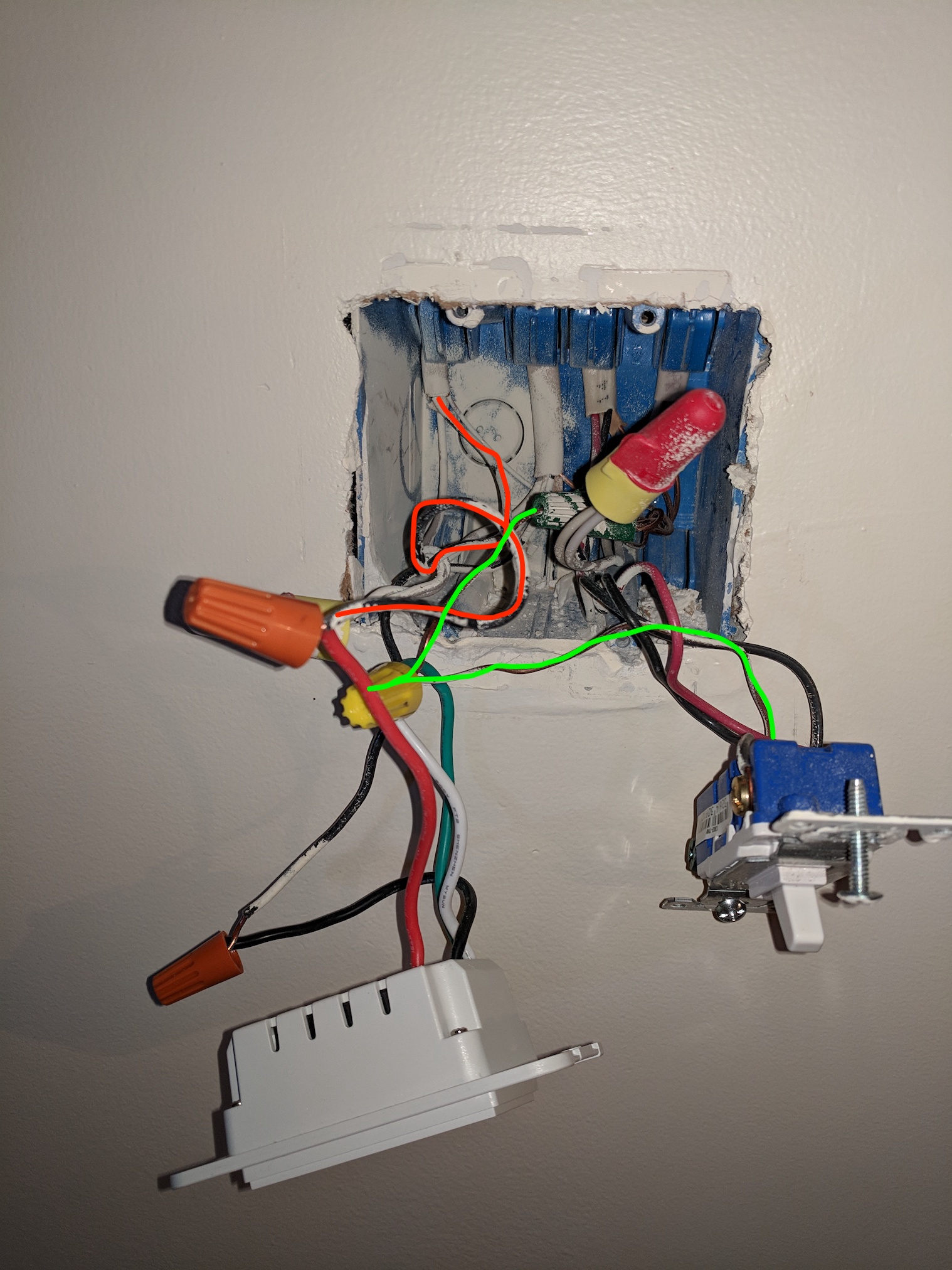 edit: a (maybe?) better shot with the original switch and as many of the wires separated as possible. not shown here - the pigtail on the ground was getting in the way so I temporarily disconnected it (and I made sure to reconnect it before switching the panel back on): 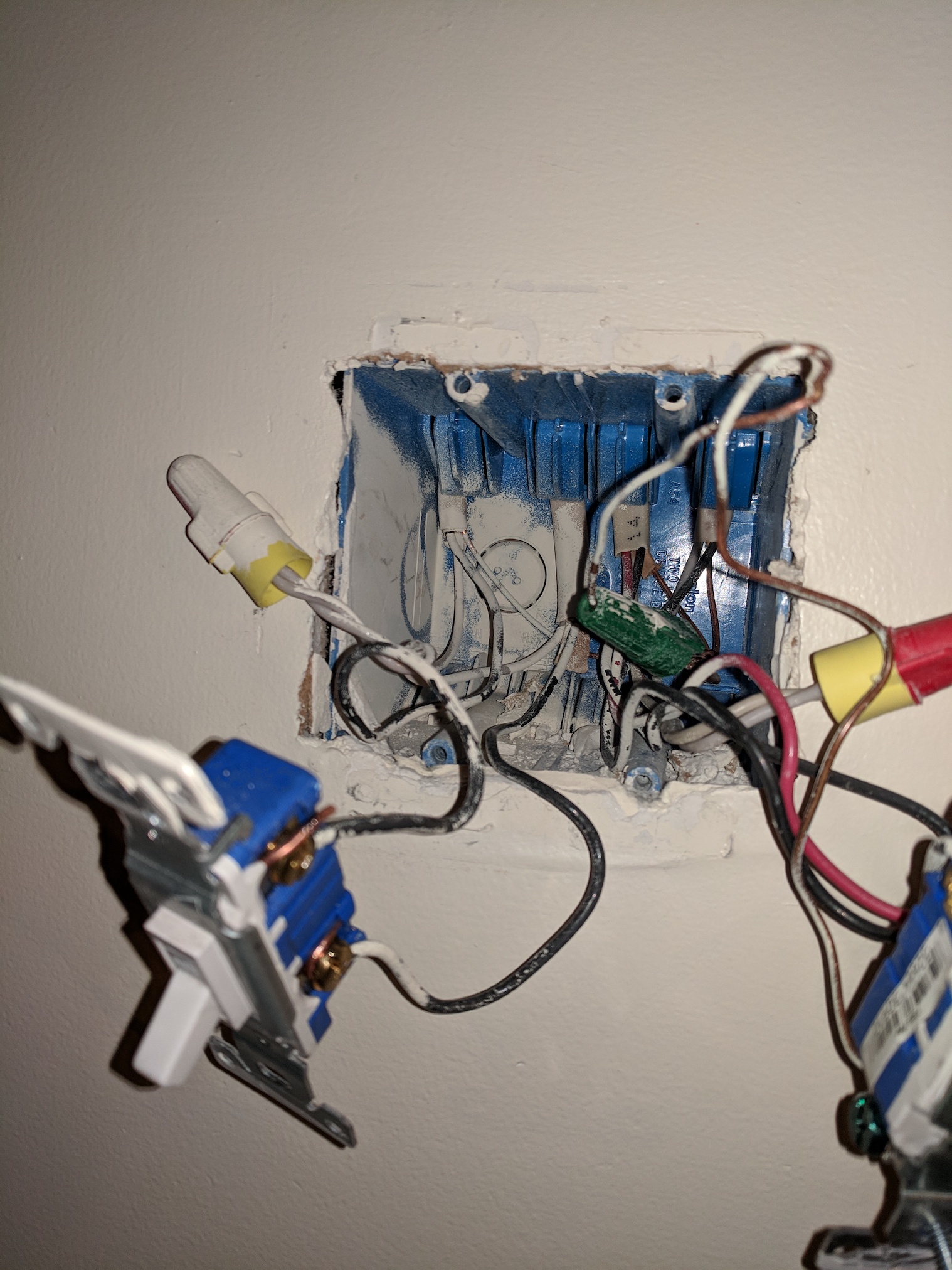 The picture's a bit of a complicated mess, so let me walk through it. There's a 2-gang box, switch on the right is a 3-way switch whose pair is literally four steps away on an opposing wall. There's a single pole switch on the left that controls an overhead light fixture - that's the one I'm trying to replace because I'm geeky and also using a smart bulb doesn't do me any good if someone flips the physical switch. The ground for the original switch looks like an extension from the wire nut used to ground the 3-way switch and just loops around the screw on the original switch before going into the 3-way. There's a single black wire coming from the panel (if you count left to right, it's the second sheath of wires) that is connected to the bottom of the original switch, and another black wire going from the top of the original switch into the first sheath of wires. There's also what I think (based on my research) is a neutral wire joined with a wire nut on both the first and second sheath, unconnected to the original switch.

When I installed the smart switch, I:

Fired up the panel, got nothing out of the unit. Replaced the original switch, everything worked fine. By way of background, the house was built in 2008 so ostensibly things should be up to code? Right? No one in my city ever cuts corners when building a set of houses over three blocks...

Curious what troubleshooting tips I can try here?

I think you hooked up neutral correctly. Stay away from the 3-way switch.

Your assumption that cable 2 comes from the panel may be incorrect. Mechanical switches are direction agnostic, they don't care which is supply-hot and which is switched-hot. Smart switches do. The switch needs supply hot on its (presumably) black. Then, it will power up even without hooking up the red wire.

So I would test the black wire to either one of the blacks coming in cable 1 or 2. When the smart switch powers up and becomes recognizable, declare victory and hook the red wire to the other black.

Not the answer you're looking for? Browse other questions tagged switch smart-switch or ask your own question.