I'm remodeling my kitchen and pulled up the old flooring down to the joists. I discovered that a hole was drilled down into one of the joists, nearly 3/4 of the entire height of the joist. The joist is a 2x10, spanning 14 feet.

The options I'm considering are:

What's my best course of action here? Is the full length joist overkill? 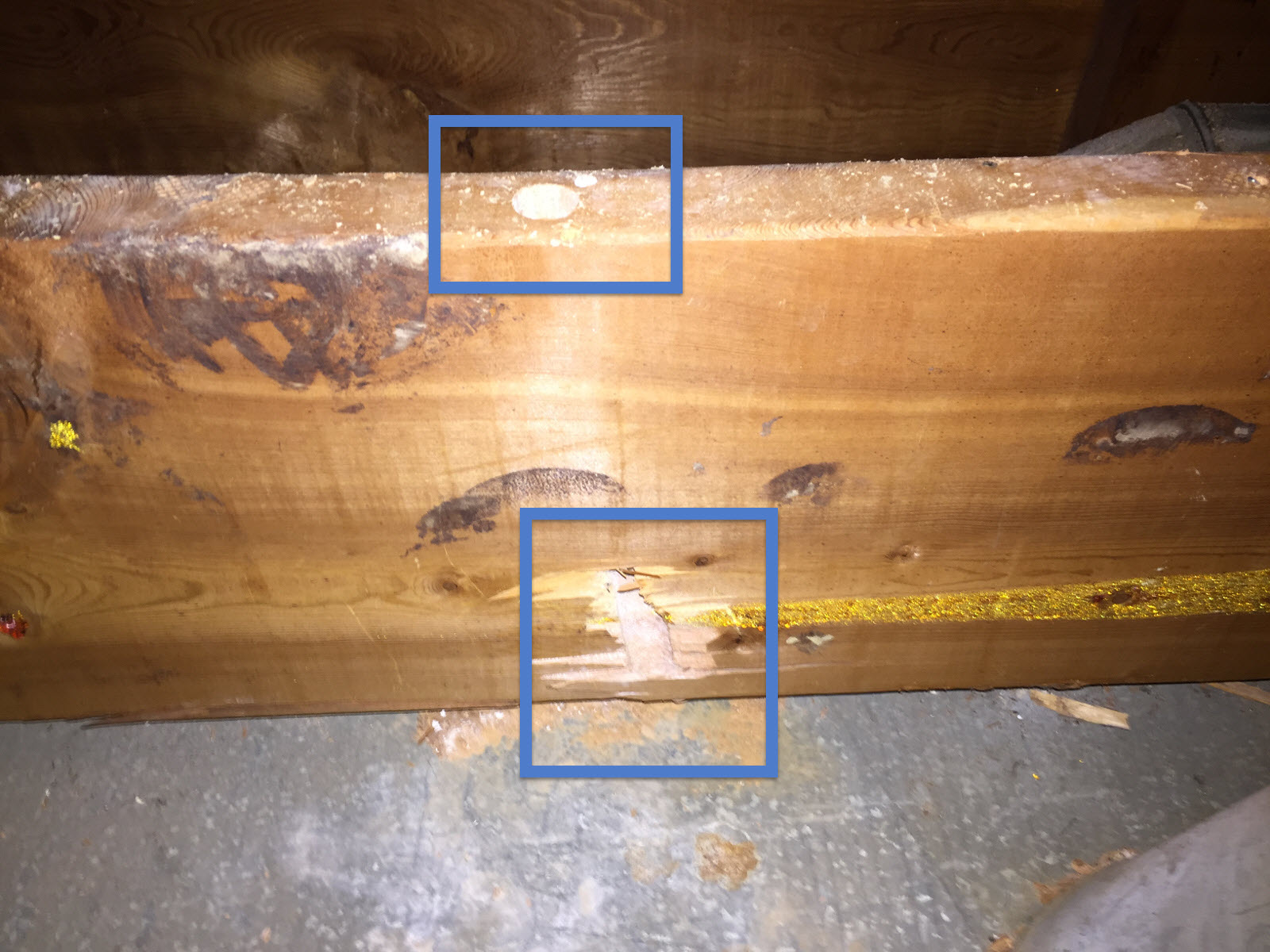 There's nothing about that old joist that's really worth trying to restore it to full strength, which would be iffy at best.

I'd sister a second joist right next to it and nail it to the original - no need to glue it. That should be simple, quick, and inexpensive. You'll need to get the new joist in so it rests on the beam or wall that supports it at either end, but that's usually not too difficult.

You could just remove and replace the old joist, but I don't know if that's worth the trouble, the extra joist won't do any harm there.

One possible confound to replacing the joist that came up in the comments: if there is plumbing and / or electrical running through the joist, it may be a lot harder to double up or remove and replace the whole joist.

If it's a lot harder, I would not hesitate to repair the joist, I'd sandwich the joist between two pieces of 3/4" plywood glued and nailed on. I'd want a minimum of 2' on either side of the damaged spot.

If there's not even room to place 4' of plywood, you could add 2x10s on top of 1/2" plywood or OSB and bolt the whole thing together, making a three ply flitch beam in the repair section. (Flitch plates are usually made of metal, but that would be a bit over the top for weak floor joist.)

Keep in mind that one weak joist could cause some sag, may mess up your tile floor, etc., but it isn't going to make the house collapse.

I'd go with 2x10 or 3/4" plywood the full height of the joist and 18" to 24" to each side of the damage. Glued & nailed to both sides of the joist. No way do you need to sister or replace the entire span.

This is a good example of something that repair plates (Flitch plates, not nail plates) are suited to.

Not the answer you're looking for? Browse other questions tagged repair joists or ask your own question.