How should I frame a small void in my floor system to support subfloor?

After tearing out the old subfloor in my half bathroom (due to water damage) I am replacing it with 3/4 in (2 cm) plywood. One side overhangs from the last joist about 9 in (22 cm) to the wall, and 11.5 in (29 cm) to the next joist. I plan to tile the floor with ceramics, so I need to brace that side somehow. 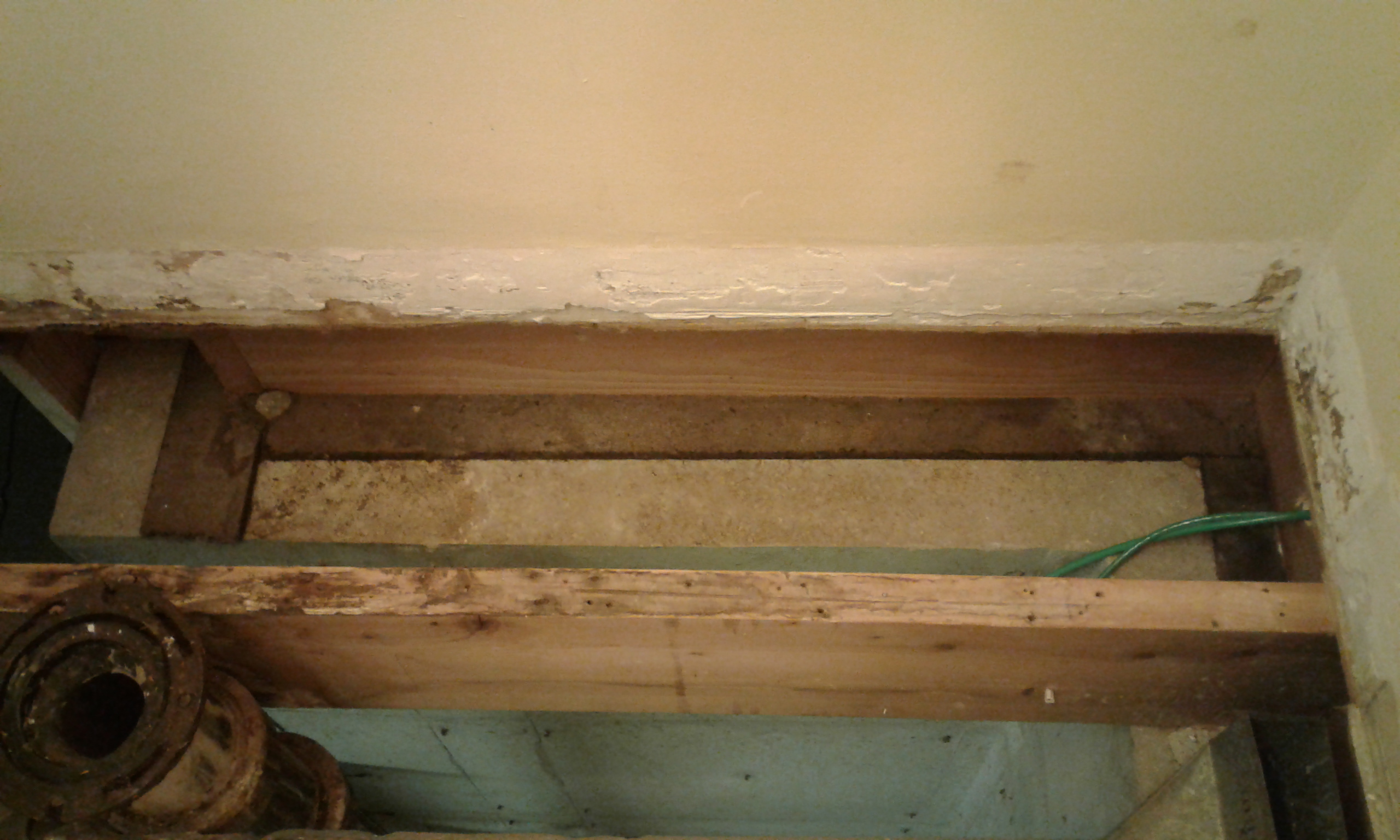 My plan was to attach three or four 11.5-inch 2x4s perpendicular to the joists and screw the plywood into those via 3-inch deck screws. My father also had a couple ideas:

If it's not obvious, neither of us are carpenters. I already have the 2x4s cut, but is my method unsatisfactory?

EDIT: Here are the three ideas in picture form (my idea, then my father's ideas): 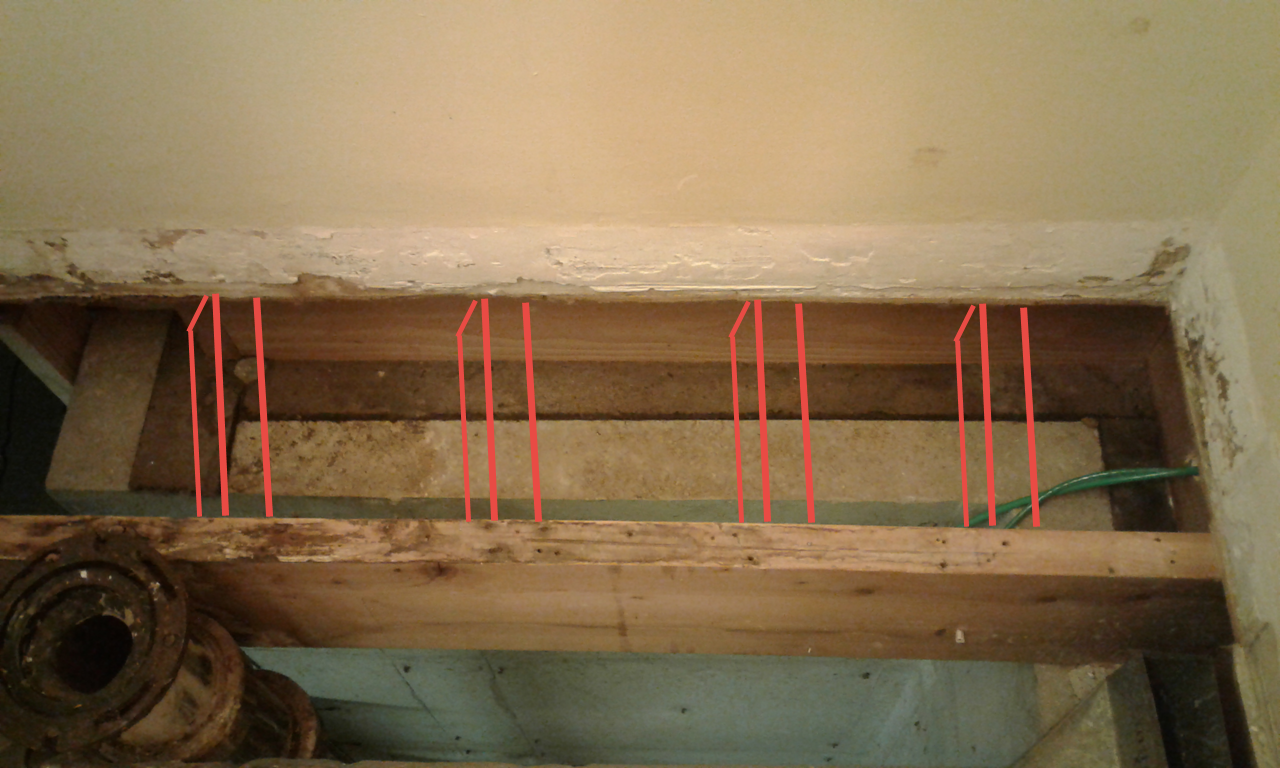 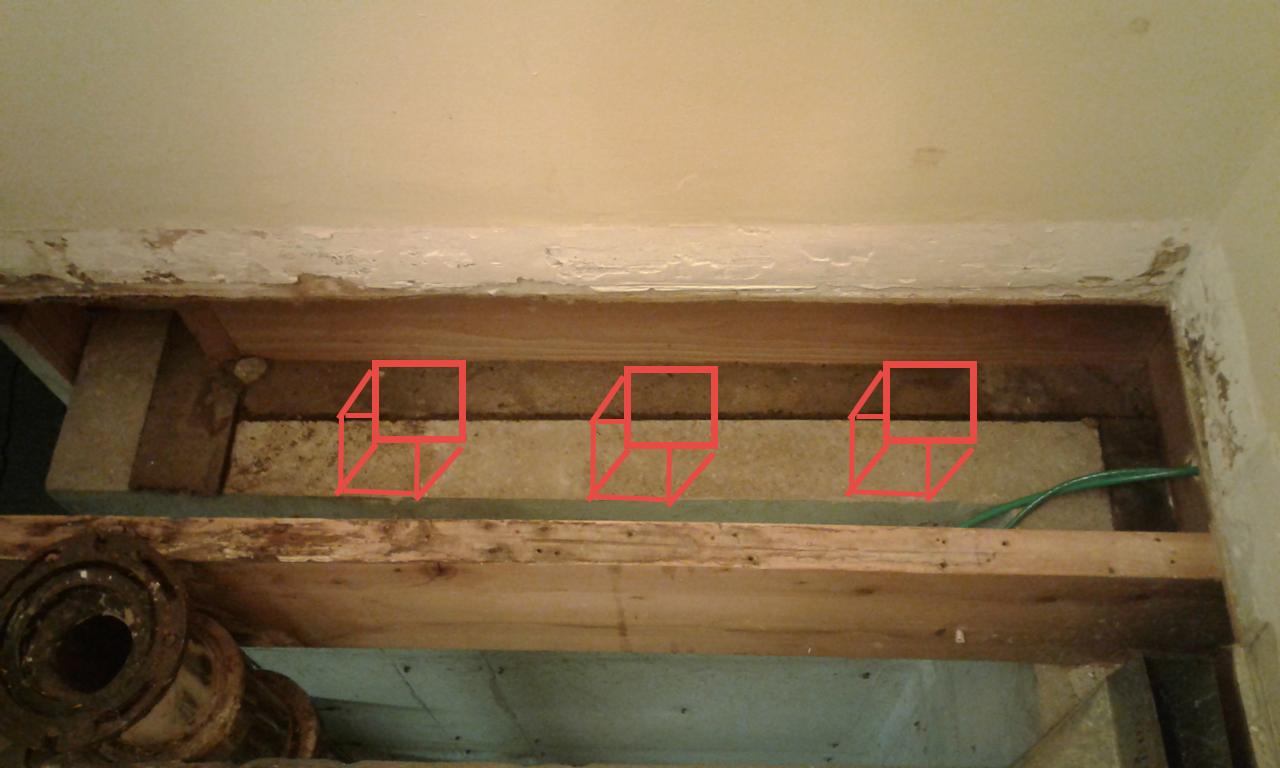 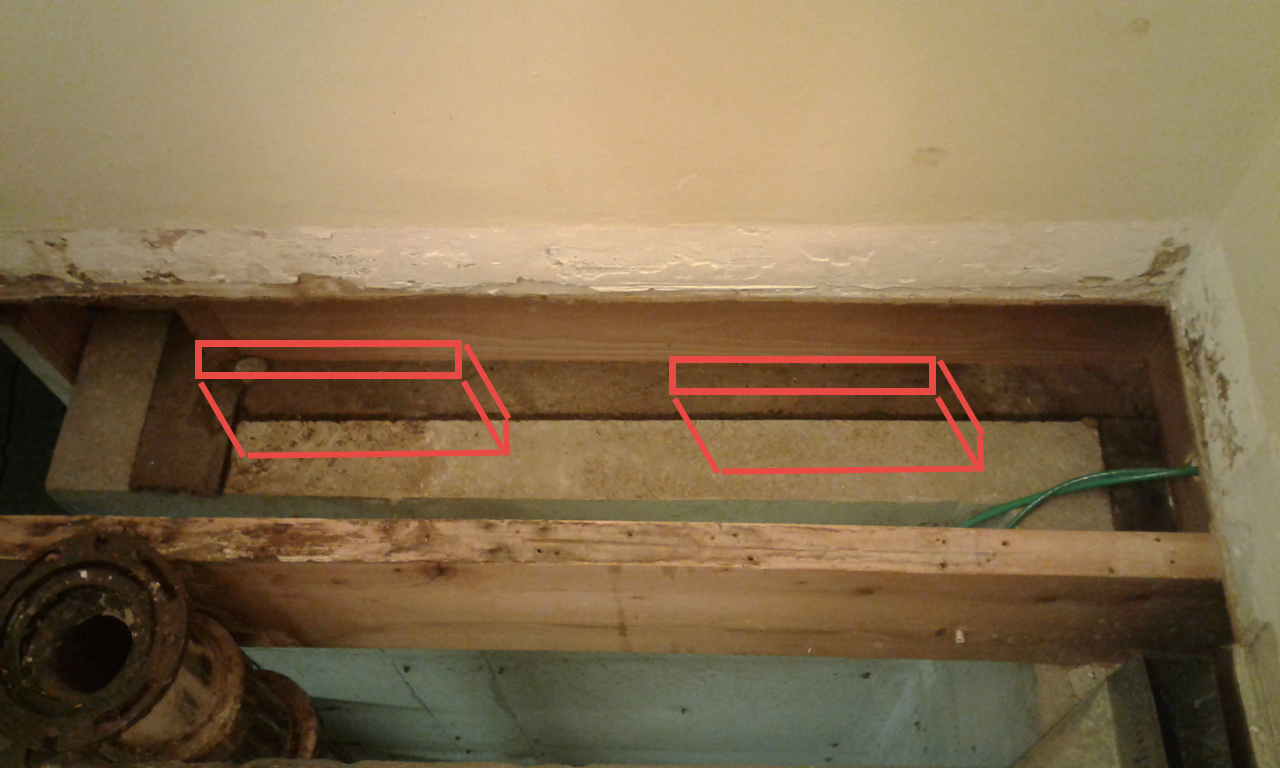 Because of the short span I'd do the job with 2x4. 3" gold construction screws will do nicely.

Consider using construction adhesive on everything to eliminate the chance of squeaks.

None of the ideas that you outlined are really ideal. Probably the best approach would be to cut some pieces of joist sized material (2 x 10s if I read your question properly) to be used as blocking between the open joist and the one down under that wall. These would be cut to match the spacing between those two joists. You can use metal joist hangers to secure them in place. I would space these equivalent to your normal joist spacing.

This picture shows the idea where you would place these. 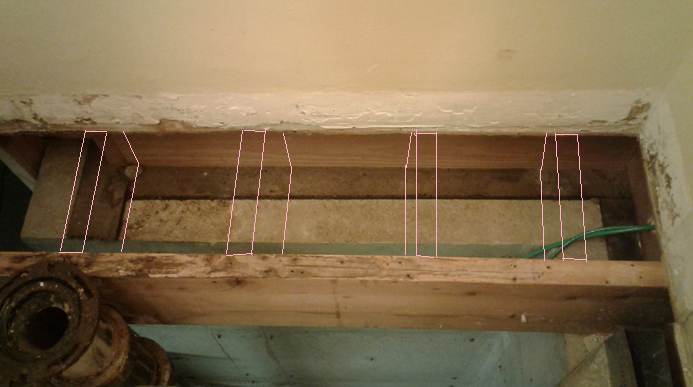 Another alternative is to use some joist sized material cut to length and just lay it up against the outer joist that is under that wall and simply screw it through the face into that covered joist. It may take several iterations of this to being out the top of these sistered joists so that the top extends beyond the wall surface. This alternative may be easier so as to avoid difficulty with the electrical wire running through that area unless the wire is already below the bottom of the existing joists.

Not the answer you're looking for? Browse other questions tagged floor or ask your own question.

4
How can I repair the structure of this floor?
1
Bathroom subfloor replacement
7
Is my attic floor over my garage strong enough to use it for storage and maybe as a small work area?
2
Soaking tub on the second floor: safe?
0
Should I remove existing subfloor sheathing before increasing height of the floor system?
1
How should I strengthen my floor joists that are too small?
2
What is the difference between floor and subfloor? Is subfloor a part of floor?
0
Floor Support Repair
2
Is this a reasonable way to create a crawlspace over a structural floor?