How can I add a circuit breaker when there are no openings available in the neutral bus bar?

110.14 Electrical Connections. (A) Terminals. Connection of conductors to terminal parts shall ensure a thoroughly good connection without damaging the conductors and shall be made by means of pressure connectors (including set-screw type), solder lugs, or splices to flexible leads. Connection by means of wire-binding screws or studs and nuts that have upturned lugs or the equivalent shall be permitted for 10 AWG or smaller conductors. Terminals for more than one conductor and terminals used to connect aluminum shall be so identified.

So if more than one conductor can be placed under a lug, it must say so somewhere on the panel (or in the panel documentation).

408.3 Support and Arrangement of Busbars and Conductors. (D) Terminals. In switchboards and panelboards, load terminals for field wiring, including grounded circuit conductor load terminals and connections to the equipment grounding conductor bus for load equipment grounding conductors, shall be so located that it is not necessary to reach across or beyond an uninsulated ungrounded line bus in order to make connections. 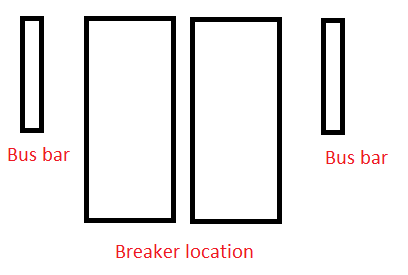 408.41 Grounded Conductor Terminations. Each grounded conductor shall terminate within the panelboard in an individual terminal that is not also used for another conductor.

Exception: Grounded conductors of circuits with parallel conductors shall be permitted to terminate in a single terminal if the terminal is identified for connection of more than one conductor.

Here's why you can't have multiple neutrals in a single terminal.

Multiple neutral conductors in a single termination create a significant problem when the circuit needs to be isolated. In order to isolate the circuit, the branch breaker is turned off and the neutral is disconnected by removing it from the terminal. If the terminal is shared with another circuit, the connection on the other (still energized) circuit will be loosened as well. Loosening of the second neutral (loss of neutral) under load is a safety hazard, and may establish an overvoltage condition on lighting and appliances if the neutral is part of a 120/240 Vac multi-wire branch circuit. Source

And this is why you can't have a neutral and a ground in a single terminal.

The connection of a neutral and equipment-grounding conductor in the same termination creates a similar issue. One of the objectives of the particular arrangement of bonding jumpers, neutrals and equipment grounds is to allow circuit isolation while keeping the equipment grounding conductor still connected to the grounding electrode (see UL 869A - Reference Standard for Service Equipment). When the neutral is disconnected, the objective is to still have the equipment ground solidly connected to the grounding electrode. If both the neutral and grounded conductor is under the same terminal, this cannot be accomplished. Source

You'll have to check the panel documentation to determine if multiple conductors can terminate under a single lug. If they can. You can connect a couple equipment ground conductors to a common terminal, which should free up enough space to add the breaker.

NOTE: This only applies to bus bar terminals, most breakers are not rated to be "double tapped". So you should never have two conductors under a single breaker lug.

To answer your main question, no, it is not usually acceptable to have two wires go to the same screw on the neutral or ground bus bar. The only exception to this case is if the bus bar is UL-listed for that purpose. Call the manufacturer if you want to find out, or you can just play it safe and use wire nuts to combine the two wires into one wire, and then connect that single wire to the bus bar.

2
Square D qo service panel with neutral and ground bars bonded. Any problem with adding ground only bar?
3
Does it matter if I mix neutrals and grounds in the main panel?

8
Can I install an additional breaker bus bar on my main breaker panel?
2
Can I extend the ground/bus bar in a main service to accomodate subpanel equipment ground?
1
Where in the breaker box should I terminate the neutral wire from my dryer circuit?
5
Can I terminate a ground wire to the neutral bus if the ground bus is full?
2
Is it OK to have more than one neutral wire in the same connection on the neutral bus bar on a main panel?
3
How to wire ground when the sub-panel is Plug-On Neutral
2
Sub Panel grounding questions… wire size, how-to's
4
GE Powermark Electrical Panel - What Did the Last Guy Do?
1
Can a subpanel's ground and neutral be served from another subpanel, while the circuits come from main panel?