How should I run a sink drain around a corner in my basement walls?

I have a bathroom vanity on the wall about 3 feet from where I want to put a bar sink. Is there a way to run the plumbing around this corner? I still need to put a couple studs on the corner for drywall. What is the proper way to layout the studs to run pvc around the corner. 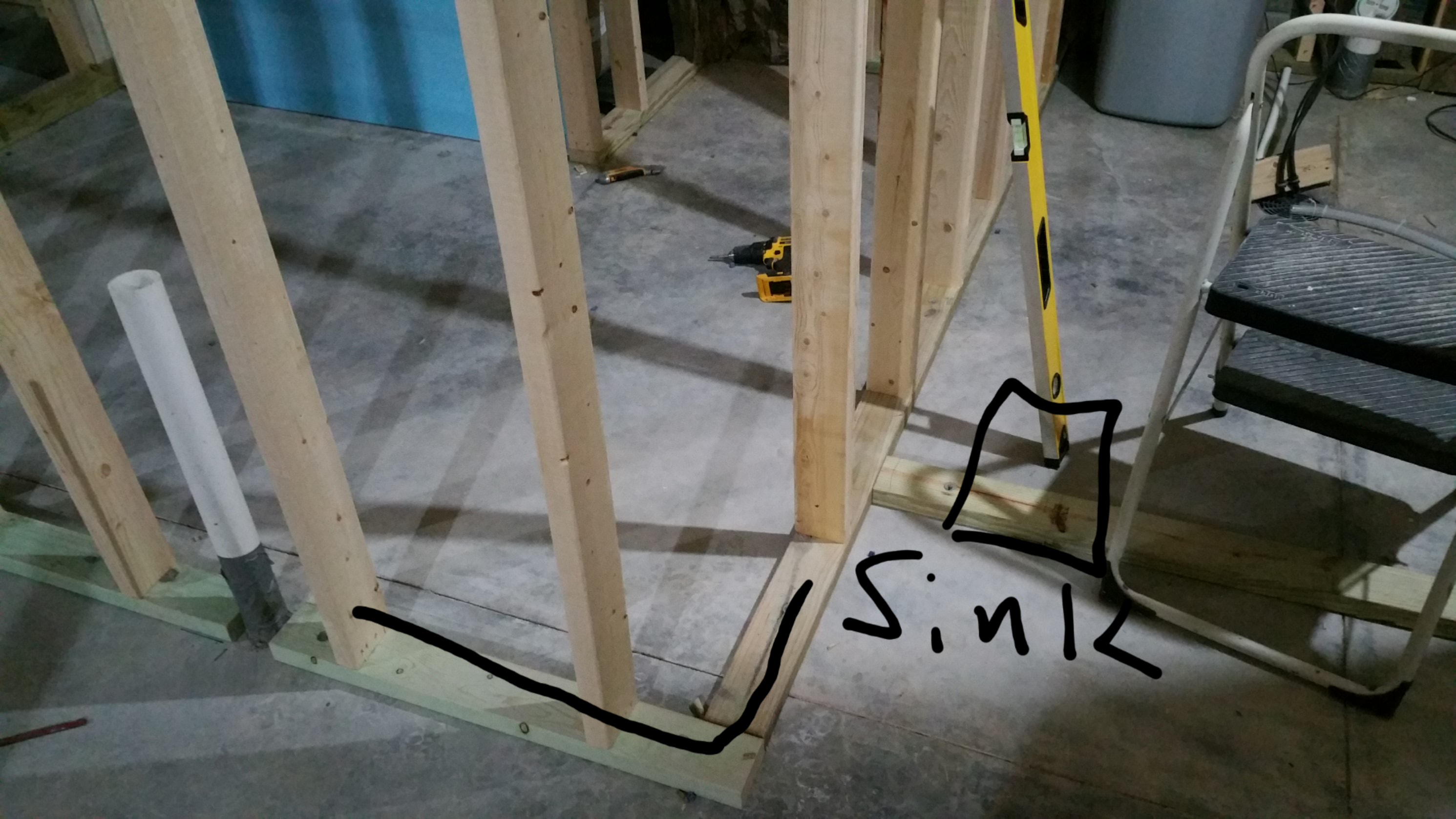 Normally a wall corner like that is framed with a U structure comprising three studs, plus one stud on the adjacent wall, though some variations use just three studs total in the case of interior walls. The idea is that both inside and both outside corner faces have backing for drywall and corner bead. The plumbing passages are then hogged out using industrial hole saws which make quick work of the job.

In your case, you might place two studs at the inside corner, do your plumbing, and then block in the outside of the corner around the pipes. This would require you to cut holes through just two studs and avoids the need to cut across the wide face of one or more studs.

You'll want to install protective steel "nail plates" along each stud where pipes pass through to prevent damage from drywall fasteners.

If you find that it's difficult to get a single elbow to make the corner, use two and orient them vertically. The first bends down and the second back to horizontal, with a 90 degree swivel between them and the vertical drop centered in the wall intersection. This puts the curve of each elbow in a single wall plane, give you more room to work (assuming you have height available to make a short drop). One could be a street bend to eliminate the section of pipe between. This technique also allows you to create virtually any angle when standard fittings don't meet your needs.

Not the answer you're looking for? Browse other questions tagged plumbing framing drain rough-in or ask your own question.

7
New Vanity: Sink Won't Drain Completely
0
How do I cut down a bathroom wall drain?
4
Need guidance for venting a new rough-in for basement bathroom
1
Bar sink drain/vent
2
2 sinks on one drain line
3
Can I tie a vanity sink drain into the bathtub drain?
1
Can I run a sink drain horizontally through an adjacent cabinet?
2
I want to run plumbing in the wall. there is some framing in the way. Can I cut it out?
0
How to Plumb Sink to Drain
2
Basement bath: Can I tie a wet bar sink into bathroom vanity drain?