I turned off all the breakers of my home to work on my electric. When it was time to turn the circuit breakers back on, 3 of them wouldn't: the one for the dishwasher, the one for the dryer and one that says "Kitchen GFI".

The breakers are NOT tripped. I tried forcing them to an "Off" position but they were already off (I turned them off myself). They feel kind of "loose" when I try turning them back on, but they immediately go back to the off position.

I unplugged my dryer, dishwasher and some other small appliances from my kitchen. It didn't help. I tried resetting some GFCI outlets around the house. Nothing.

I called an electrician and he believes the circuit breakers went bad. My home is 12 years old.

Does that sound about right? Why would this happen only when I manually turned the breakers off? 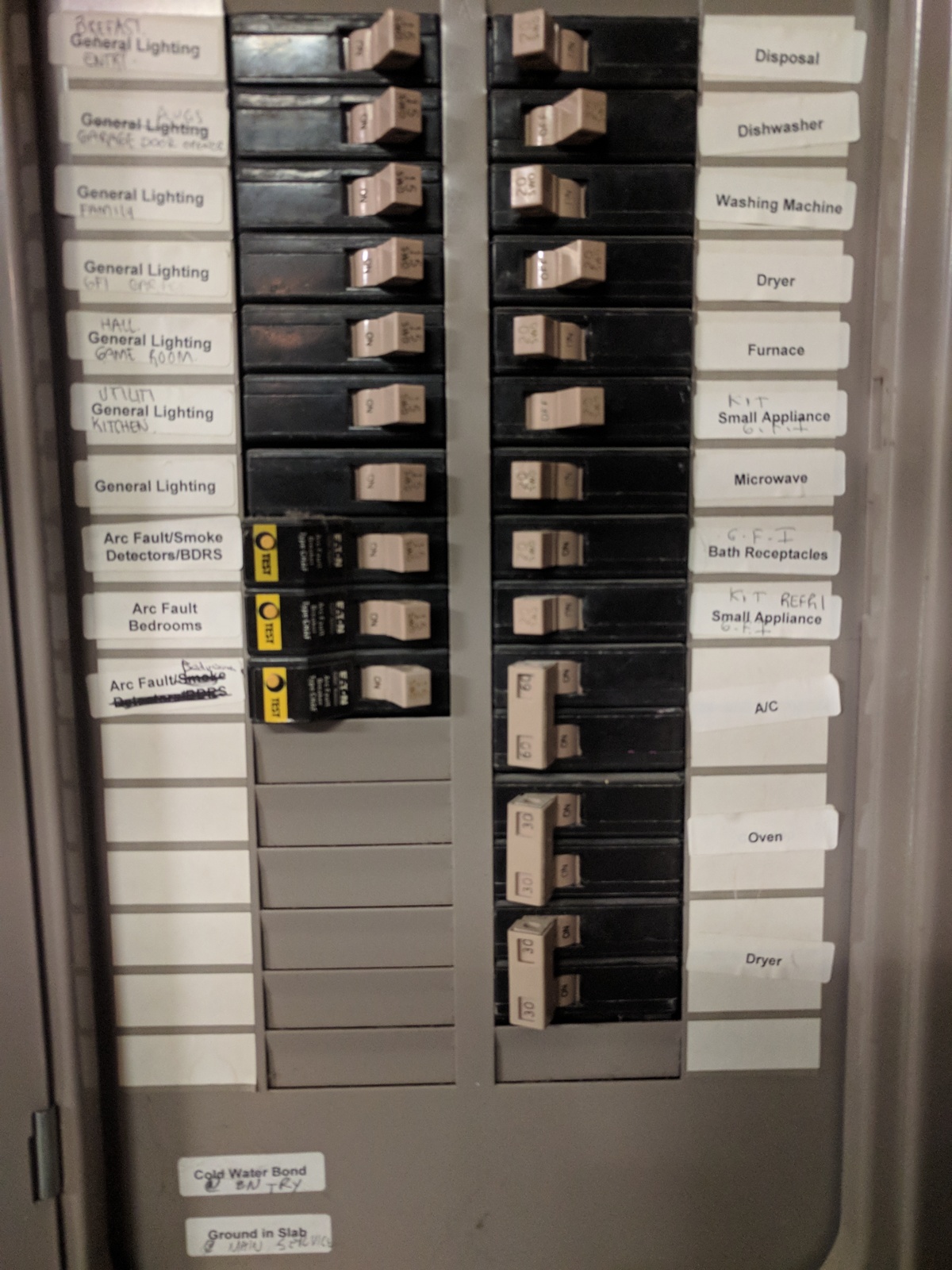 The electricians came over.

The guy pushed the breaker into the wall and switched it towards the on position. That did it.

I guess the breakers weren't exactly 100% bad yet, but the springs inside are not the same as they used to be, so this trick worked.

Occam's razor says that "to work on my electric" is more likely the cause than "breakers went bad". Do breakers go bad? Absolutely. Does it happen often, compared to other causes? No.

What electric work did you do recently? Check each part of it very carefully. If, for example, you did any work on a junction box that has switches controlling multiple circuits, it is possible that you accidentally crossed wires between circuits, causing a problem. Or you may have mixed up a hot with a switched hot or some other combination.

In this particular case, I would suspect something between the dishwasher circuit and Kitchen GFI, since those are both in the kitchen. That does leave the question of the dryer circuit since that (a) is a bigger circuit (typically 30 Amps instead of 15 or 20) and (b) is 240V instead of 120V.

But check everything you did - and if need be take pictures and then carefully disconnect any new switches, outlets, etc. and I have a feeling you will find an accidental miswire that is causing a short circuit (or 2 or 3).

Switch off the main breaker and see if the branch circuit breakers will reset.

Not the answer you're looking for? Browse other questions tagged electrical electrical-panel circuit-breaker gfci or ask your own question.

1
Washer & dryer lost power after the main breaker tripped
2
220v outlet safety question - Circuit breaker not tripped after a fire
0
Why does my roof heater consistently trip the circuit breaker?
0
Dishwasher was tripping the fuse box, but now appears to be working?
0
Has my breaker gone bad?
0
Can not find the circuit breaker without power
1
Breakers for living room was working, but has stopped after I turned breaker on/off
2
Flipped off main breaker for repair, unrelated circuit will not come back on