How to remove corroded faucet?

I am trying to replace my kitchen faucet but the nut holding it onto the sink is corroded and the nut won't budge! I have tried a basin wrench (as someone suggested here), wd40, hammering at those notches with a screwdriver and am not getting any movement. How can I get rid of this faucet? I don’t mind destroying it as I have a replacement already in hand. 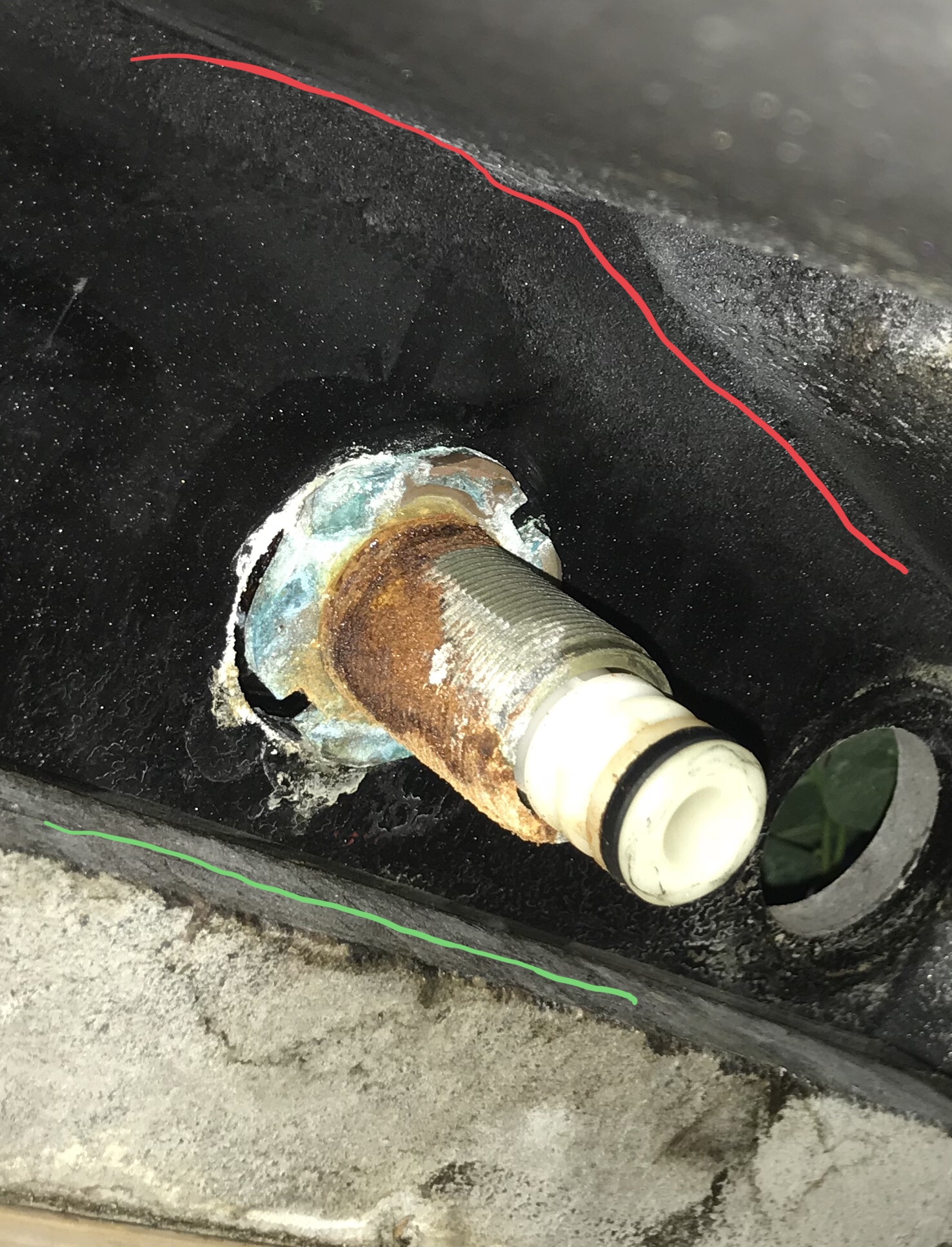 As somebody in your other question noted, you probably have to attack this from the top. A hacksaw will be time (and arm) consuming. An oscillating multitool with a metal-capable blade would be good though slow-ish. An angle grinder would be fast but will also throw sparks and has the non-trivial risk of having the grinder catch and run into stuff you don't want ground, like the backsplash.

Alternately, you might try to drill out a weakness in the nut with either a large drill bit or linked smaller ones. That would allow you to pry it loose.

Not the answer you're looking for? Browse other questions tagged faucet kitchen-sink corrosion or ask your own question.

15
How can I unscrew this nut with little clearance?

5
How can I disassemble this old bathroom faucet to fix a leak, without damaging the decorative chrome piece?
7
How can I fasten nuts in narrow places when installing a faucet?
0
Replacing kitchen faucet, unsure how to remove old plate holding hoses
1
How do I remove a stuck kitchen aerator tip?
0
How can I tighten a large nut under the sink?
1
Trouble removing old wide-spread faucet
0
How to cut away ceramic from a sink that doesn't fit
0
How to remove stubborn kitchen faucet mount nut?
0
I replaced my faucet supply line but it's still leaking. Any ideas?
3
What is this thing that holds widespread bathroom faucet handle to sink? How do I tighten it?