Circuit Breakers on and outlets not working

This is an annoying but ordinary failure. Unless you have been doing recent construction (nail through power cable), the cause is almost never the wire proper, but at the ends of the wire.

And there, the most common failure point is a cheap connection method called a "backstab", where a wire is jabbed into a hole and magic fingers grab it. They're not magic, they fail all the time just like this. This does not apply to types where you have to tighten the screw to clamp it. Most of us hunt down backstabs and kill them on sight, twisting the wires out (to preserve length) and moving the connection to a side screw or screw-to-clamp.

This is a neutral failure in a multi-wire branch circuit, which is a single circuit that carries two hots and shares 1 neutral. Like the above, it's a local problem you'll need to fix yourself, but like the below, it's a serious hazard, affecting only loads in that circuit.

Call your power company and report an outage. Now.

This is an emergency and you need to shut off all your breakers until it is fixed. Failing to do so can fry your appliances and possibly start a fire.

What's going on? North American houses are supplied ~240V power, on two poles, L1 and L2. At the midpoint (120V) a wire is brought out called "neutral". L1-neutral is 120V. L2-neutral is 120V. If you're wondering, the taller slot on your 120V sockets is neutral, the shorter slot is either L1 or L2 depending on which space the breaker is in.

Now if neutral breaks on the supply side, L1-L2 is still 240V. However Neutral is floating, which means L1-neutral and L2-neutral aren't 120V each, they only sum to 240V. Yikes: if one is significantly less than 120V, the other is significantly more and that is frying equipment and starting fires!

This is most likely on the power company, so call them up and tell them it's an outage, and tell them some guy on the Internet called it a "lost neutral". They know how urgent it is.

* So named because the "reasons" on its legend are made-up, confusing and wrong. But the three lights are useful.

Initially, this sounded like you lost either one of the hot legs or neutral. Both are serious, though in slightly different ways.

But based on "odd and even breakers", I think we can all agree this is a classic Lost Neutral.

What kind of a tester are you using? Based on "only one light", it sounds like you are using something like: 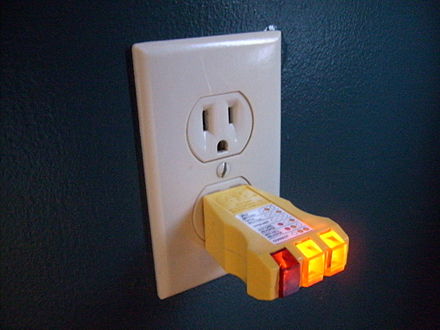 Originally I was wondering "which light". But as Harper pointed out, if it were a lost leg then the outlets on that leg would show no lights so one light would also indicate lost neutral.

If you lost your neutral then everything will work in strange ways. Some things (e.g., LED lights that can accept a broad voltage range) may work fine. Other things may work slowly or not at all. Other things might get overvoltage and have more serious problems - e.g., light bulbs burn out, electronics "fry".

A lost neutral can be very dangerous.

Considering that this is impacting both odd and even numbered breakers, and multiple breakers at that, this has several signs that point to a failure of the service neutral from the utility. This is the "center" wire in a 3-wire, 120/240V service or circuit, and keeps the two halves of the circuit "balanced" at 120V apiece. Without it, the "center" point of the loads can float off, undervolting one side while overvolting the other. BOTH scenarios can lead to fires (whether it be an electronic device that burns out and emits magic smoke when overvolted, or a motor that stalls and emits not-so-magic-smoke when undervolted), so turn your main breaker off and CALL YOUR UTILITY NOW, reporting a lost neutral.

12
Electricity coming from panel is not right